When I first started photographing the landscape 15 years ago, it didn’t take long to realise that getting off the beaten path and into the wild was going to be an essential part of the journey.  It started with hikes during the day, which turned into long hikes in the predawn hours that had me standing beneath a mountain waiting for sunrise.  Even still, I found that the best way to photograph even more wild places would be by spending several nights under the stars and traveling the land by foot. 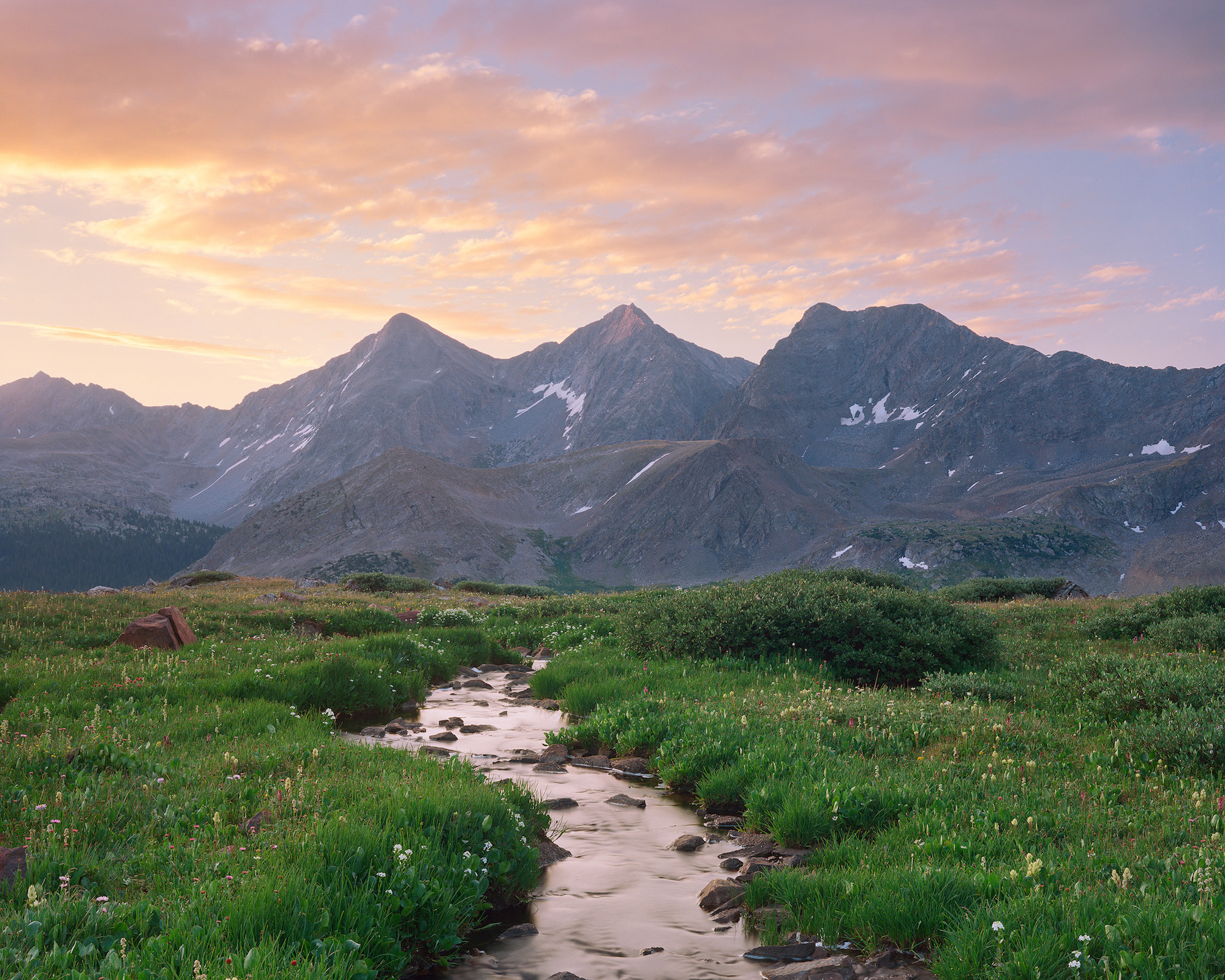 I didn’t grow up with any backpacking experience, but the desire to hike into a wild place to witness (and capture) several sunrises and sunsets pushed me over the edge. I was never one to obsess over what equipment I might need to accomplish a goal and felt that most passions could be pursued mostly by gumption alone, with a few tweaks along the way that come with experience.  It turns out that backpacking can be accomplished this way, and I started with shorter trips by just strapping on the extras such as the tent and sleeping bag to my existing camera bag.  From there my backpacking kit adapted as I needed it to but this still brings up the point of the camera I had been using: a large, metal 4x5 field beast that weighed in at nearly 8 pounds for just the body. 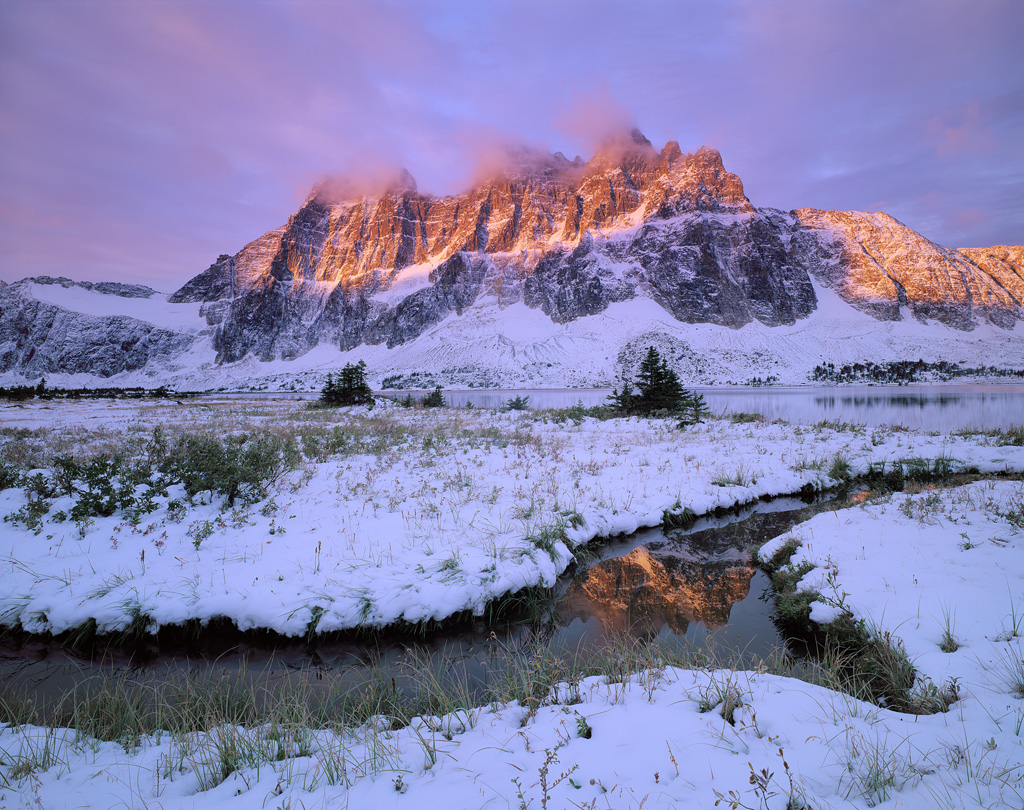 Nevertheless I fell in love with backpacking quickly.  The nights spent at or above tree line were sublime, and the crisp morning air had me excited for sunrise every time.  I never did weigh my old setup but it was clearly somewhere between “too much” and “downright painful” so I was always rather beat after each hiking day and figured that’s just how it worked when you tried to backpack with a 4x5 camera. 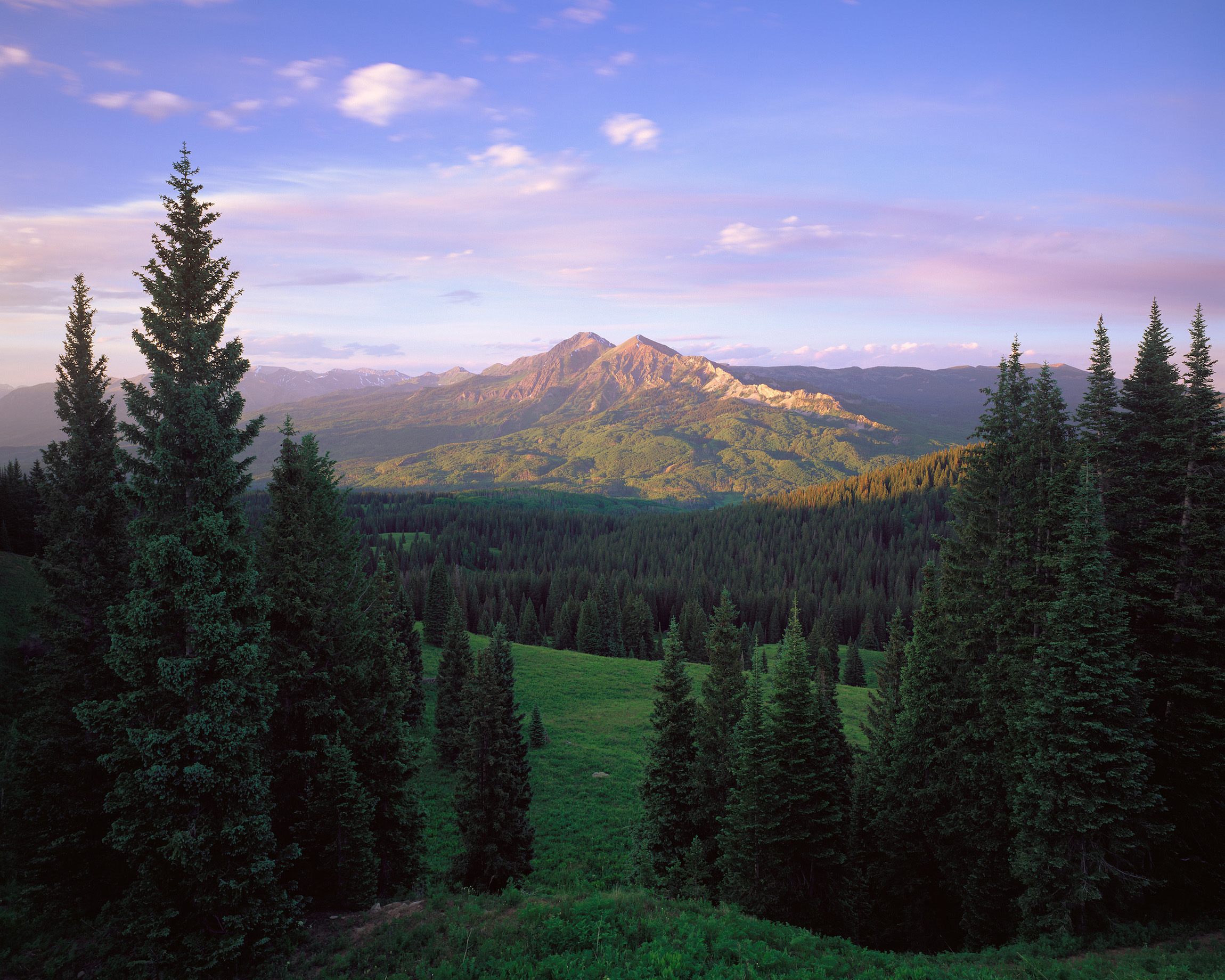 The Intrepid 4x5 completely changed my outlook on backpacking for good.  Being an even simpler piece of equipment than my old metal camera it weighs in at just under two pounds.  This also allowed me to use a tiny tripod, and while I was on the subject of simplifying the kit I decided it was time to not take all four of my lenses with me and instead leave two behind. Before I knew it my full camera kit including film and tripod was only 15 pounds, likely less than half of what I was hauling around before!  I now found myself walking twice as far on a backpacking day and feeling fresh and ready-to-shoot when I arrived at camp. 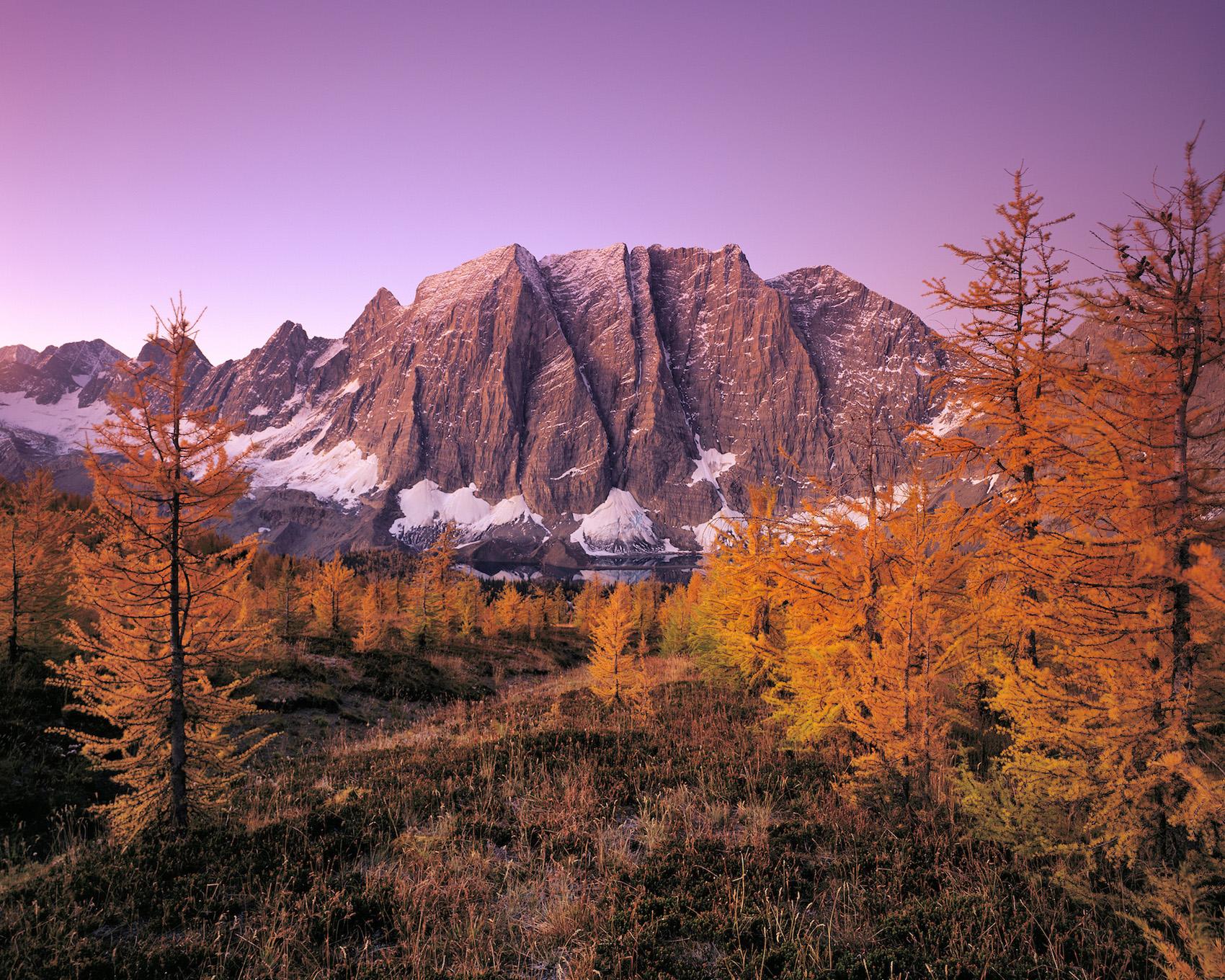 Over the past two years, I’ve backpacked more often and further than ever and want to share some of the results.  In all of these places I’ve been able to have my entire surroundings in complete solitude without a hint of another human in sight, something you won’t find very often on the trails that are closer to the roads.  Having other people around can be quite distracting from the experience and productivity of photography, even more so when you’re using a large format camera and onlookers begin to gush with curiosity.  Spending several nights in a wild place too far for day-hikers removes nearly all of the crowds and allows me to work freely.  Not to mention that the landscapes you can reach only on foot are usually some of the best on the planet. Most of my trips range from three days to a week in length, and I try to avoid spending only one night in a place.  This is a rather uncommon style of backpacking as most people want to move each day to maximise the number of places they see.  As far as photography goes, I find it far more productive to spend multiple nights in one place to see and study a variety of light conditions in a single mountain valley.  In addition, the days spent in the wild without a destination to rush to are some of the best days of my life.  I can read, relax, and just think with a clarity that can’t be found anywhere else.

If I hadn’t had the introduction into lightweight backpacking that the Intrepid provided for me, I don’t think I would enjoy or be as productive while wandering the wild as I am today.  The joy of large format film is that all you need is a simple light-tight box to make an image, and it turns out they don’t have to weigh as much or be as massive as we all thought.  Another fact of large format is that you won’t take nearly as many photos as smaller formats or digital, and I’ve become comfortable with only one or two strong images from an entire trip.  What I’ve shared here is a collection of images taken with the Intrepid camera on a variety of my trips over the last two years.