Minneapolis based Magnum photographer, Alec Soth published his first book, 'Sleeping by the Mississippi' in 2004. The seminal collection cemented his career making him a worldwide name, and he has since published a further eight titles. Creating books from his photography is the way he works best, and undoubtedly there’s something about a collection of carefully selected images in print that is hauntingly real.

His early work epitomises a sense of searching for the so-called American Dream; from 'Sleeping by the Mississippi’s' snippets of life and isolation in the midwest, to themes of fragmented love and desire amidst a desolate landscape in 'NIAGARA'. Following the release of his latest series, 'I Know How Furiously Your Heart is Beating', he reflects on his work so far and how his approach to projects has changed. 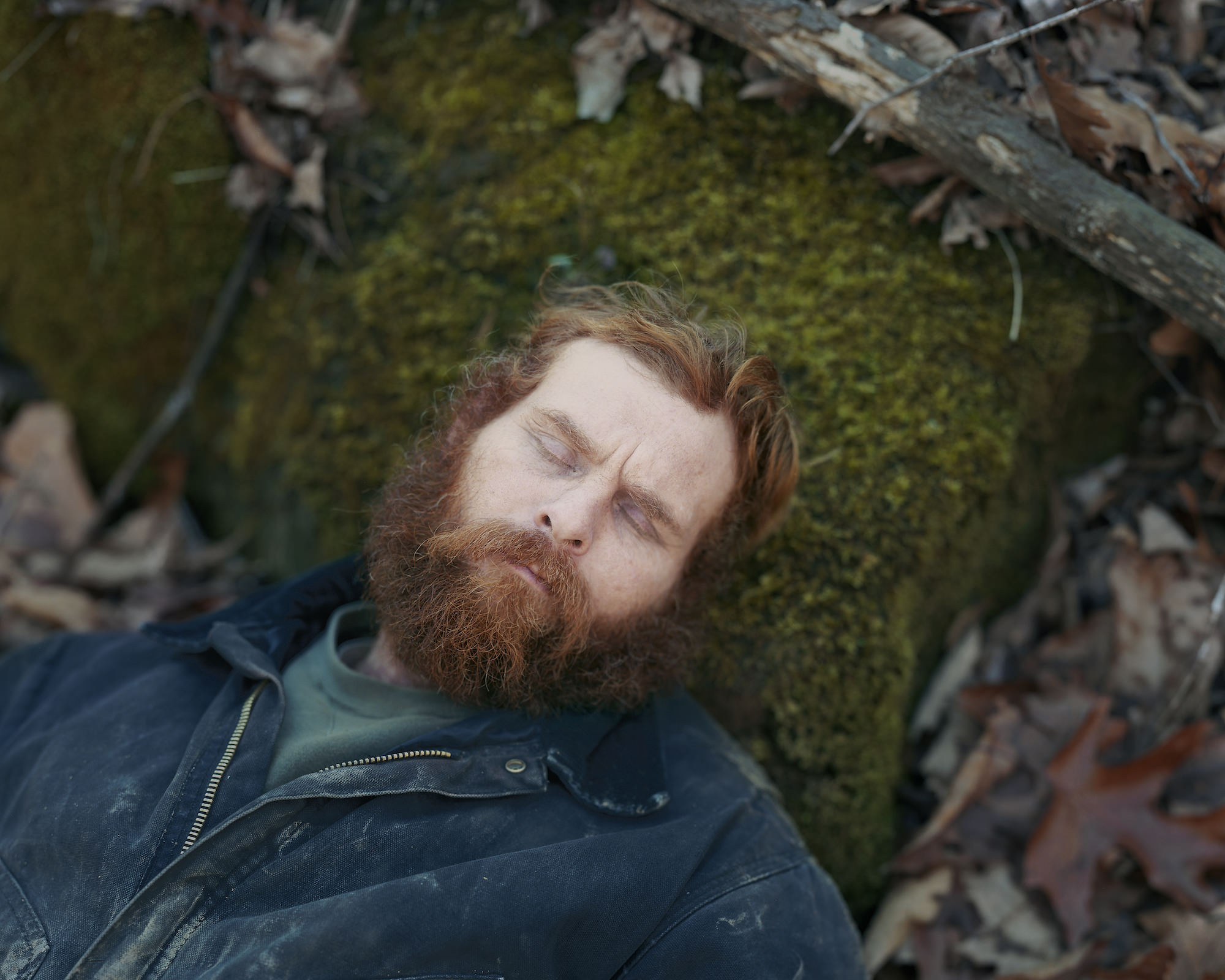 While Soth's work is deeply rooted in documenting those around him, he explains that photography is also an extension of how he navigates life and directly reflects his state of mind at the time. In the early days of his career he felt like more of an outsider giving him a natural curiosity to explore the darker sides of life.

Finding a beauty in the unexpected or unseen, seems to evoke something within Soth, finding himself more drawn to those on the fringes of society. From images of dissatisfied youth and eccentric outsiders, amidst suburban or rural poverty, his photography reveals an underlying sense of humanity and shared experience even in the most solitary of places. 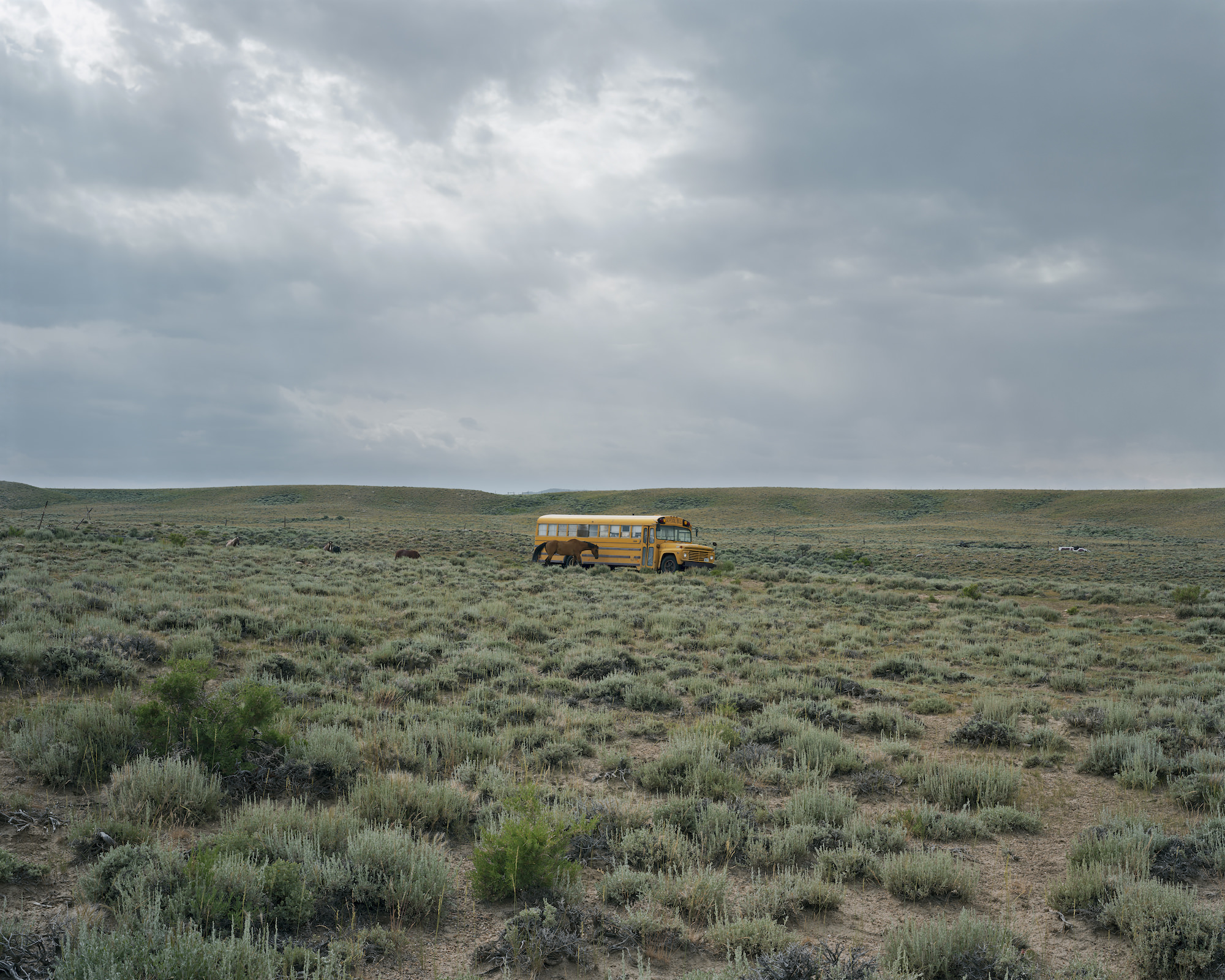 Latest project, 'I Know How Furiously Your Heart is Beating', marks Soth's return to photography after a year long hiatus. Whilst still very much documentary, the series has more intimate narratives, focusing on individuals in their personal spaces rather than a wide social commentary. He hadn’t set out with the idea of making it into a big project, initially just wanting to photograph people in their homes.

Starting out shooting primarily on an 8x10 camera, he then spent years working with digital before returning to large format for 'I Know How Furiously Your Heart is Beating'. He expresses the joy that comes from the delayed gratification of large format in particular, and interestingly Soth feels his subjects are able to relax more with the slowness of the process and him hidden behind the dark cloth. 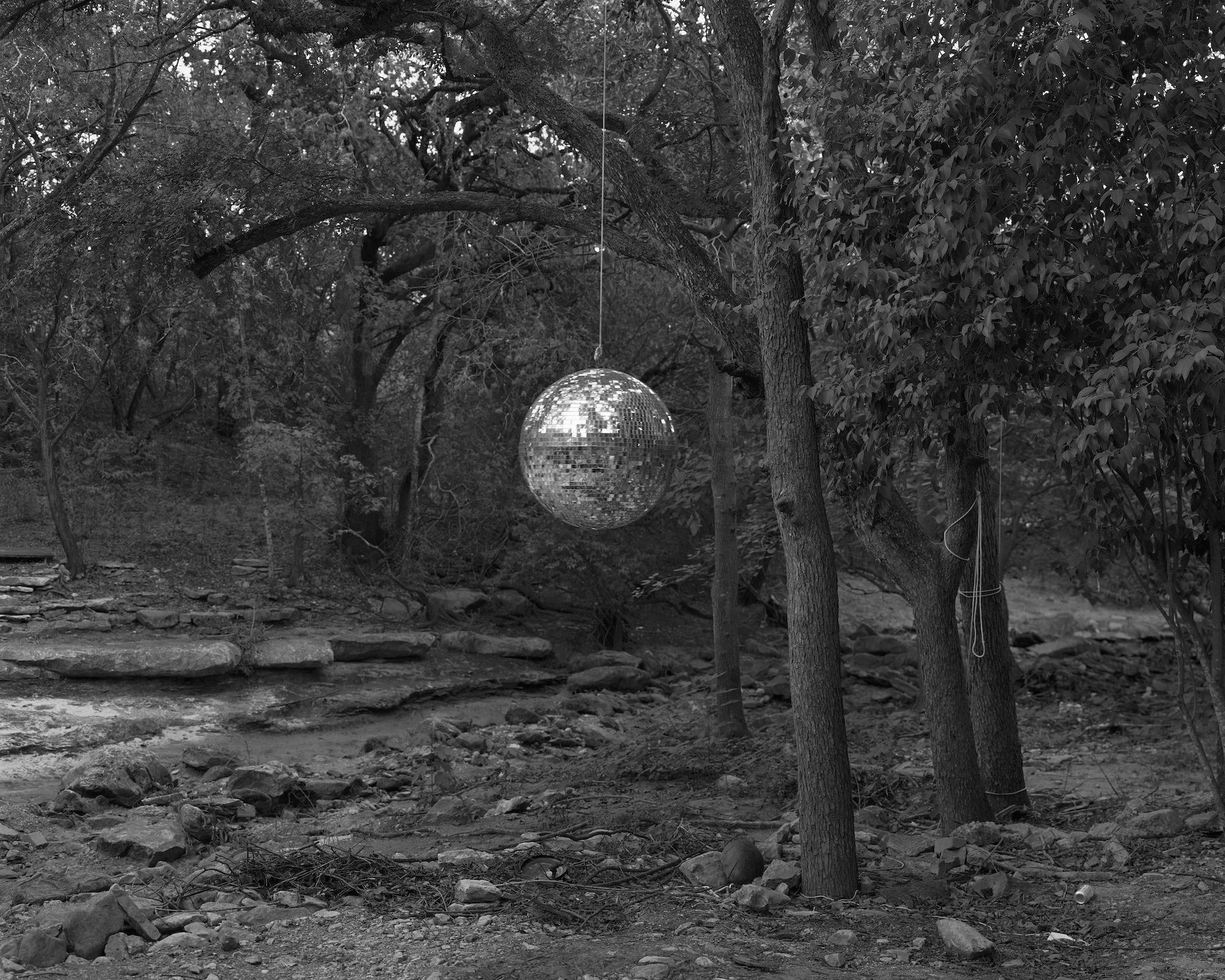 'NIAGARA' and 'Sleeping by the Mississippi' intimately document people on the fringes of society and have a sense of chasing a dream. What is it that drew you to explore the people and themes in these collections?

My choice of themes and subjects for my large-scale projects are motivated by my state of mind at the time. I respect photographers who are driven by outside forces. That is the case with many of my colleagues in Magnum. But I can only find the energy to sustain larger projects when it scratches some sort of psychological itch. In the case of 'Sleeping by the Mississippi', this itch was my youthful desire to wander. With 'NIAGARA' I wanted to explore themes of desire, love and commitment. These projects have the look of geographical documentation, but the engine for their making is personal. 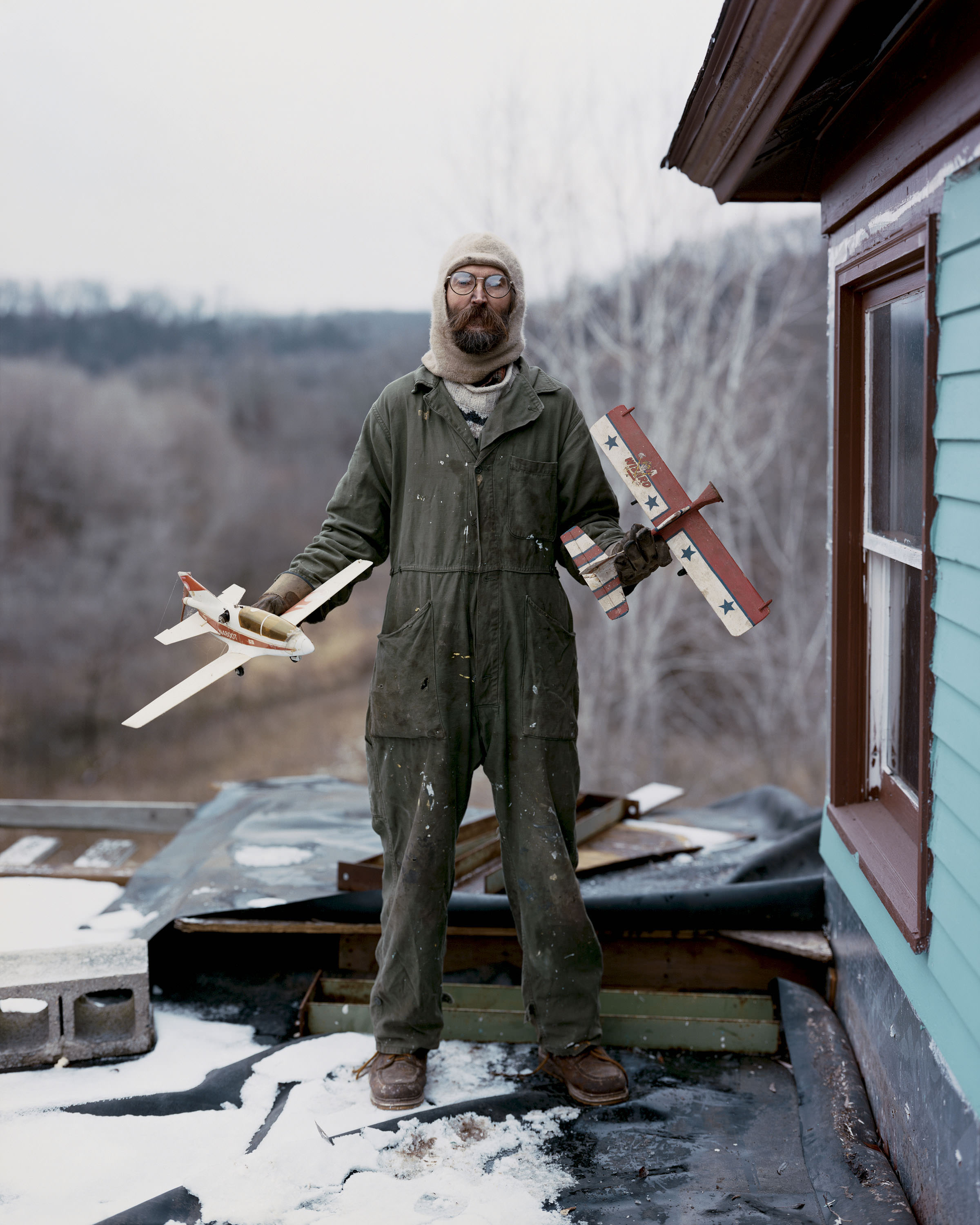 Charles, Vasa, Minnesota, 2002. From 'Sleeping by the Mississippi 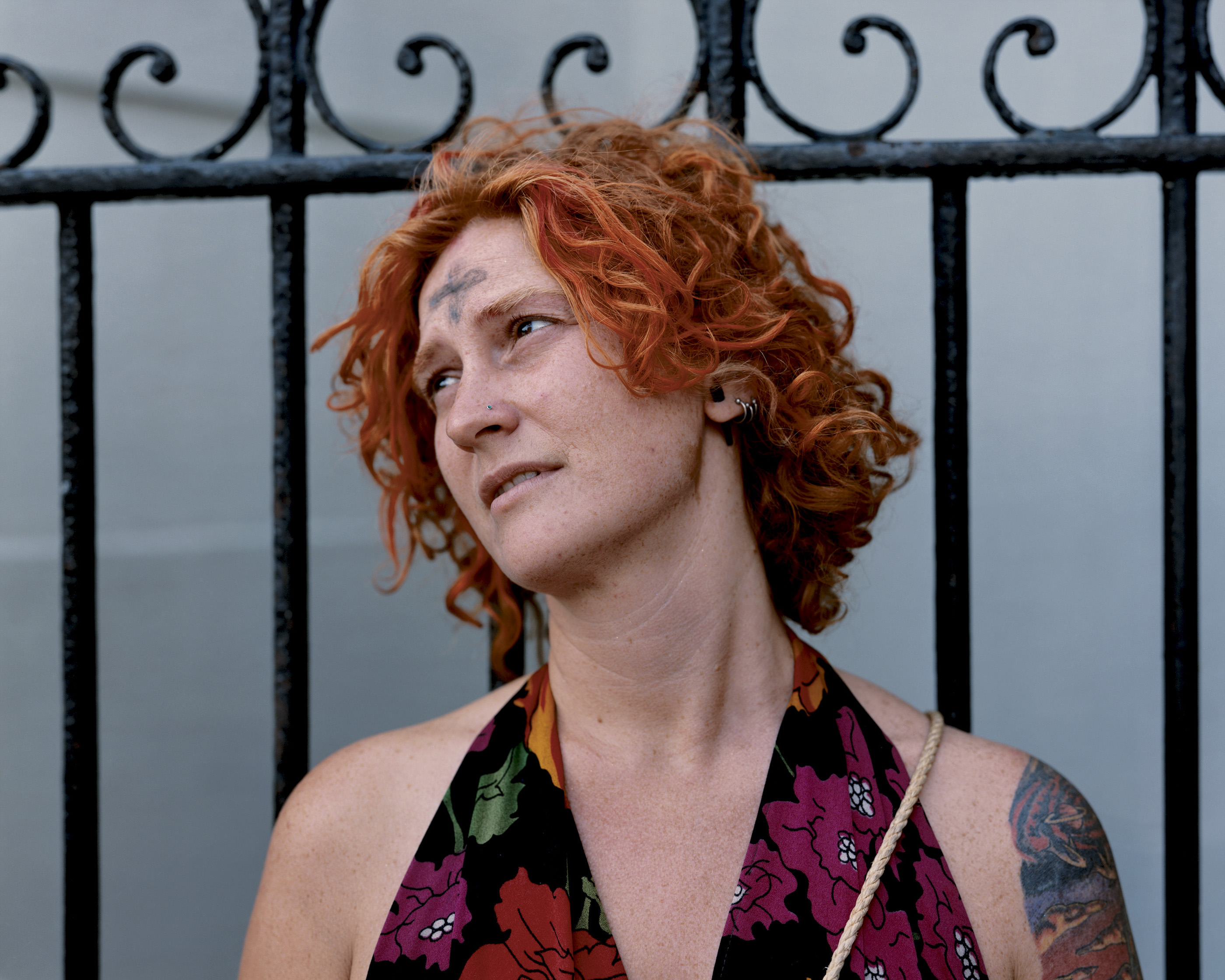 You have said previously that a big part of your early photography process comprised driving around until you saw something you felt compelled to photograph, can you pinpoint what characteristics drew you in or was it a more subconscious decision?

In the beginning of a project I try to be attentive to anything that catches my eye. This is the equivalent of an author doing free writing. There’s a stream-of-consciousness quality to this approach that is enjoyable but, for me, not sustainable. It isn’t long before I start wanting to organise my impressions and make more conscious decisions. These decisions vary from project to project. 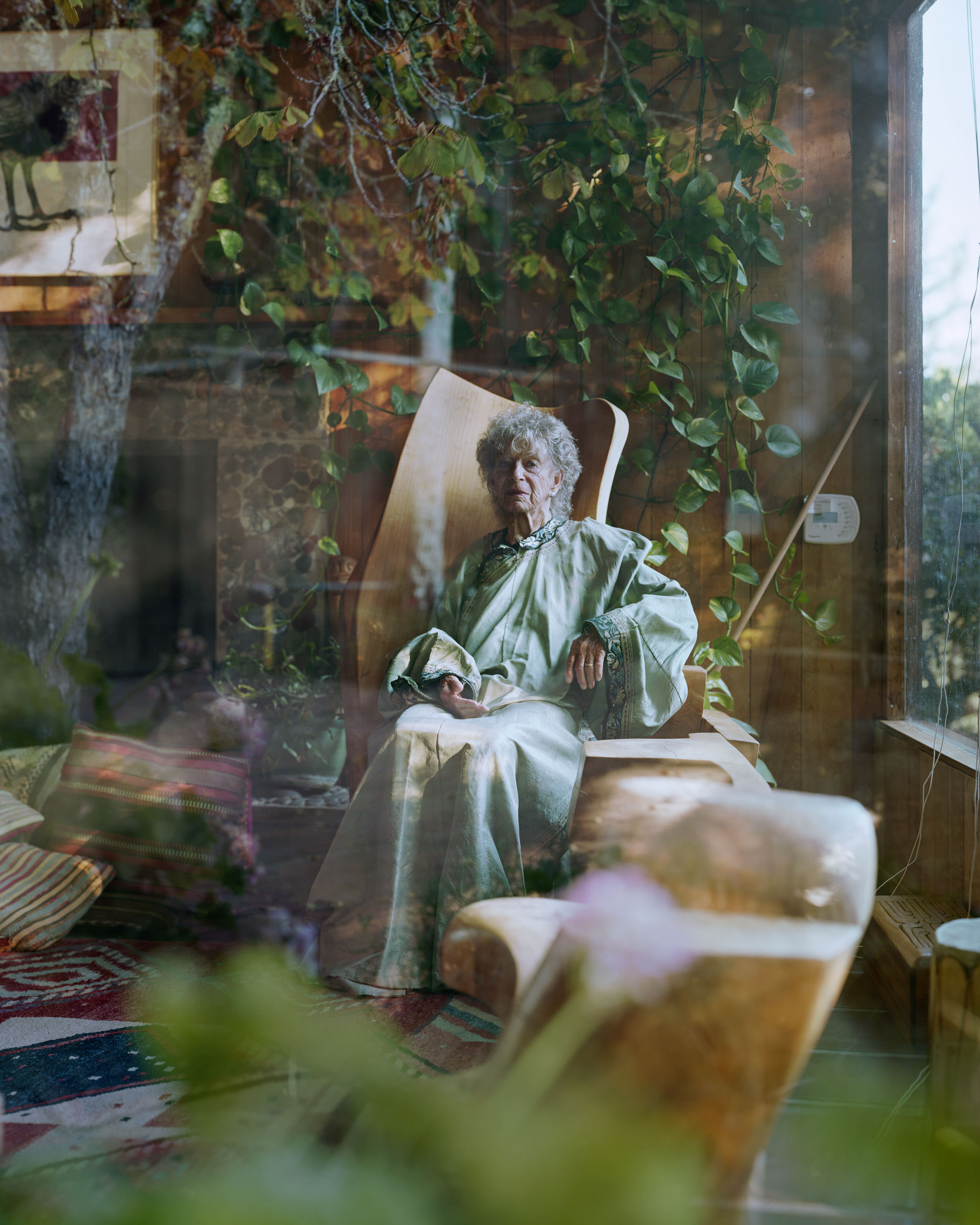 Anna. Kentfield, California. From 'I Know How Furiously Your Heart Is Beating'

How did your approach to shooting 'I Know How Furiously Your Heart is Beating', differ to the techniques you used when you first started out?

With this new project, I tried to restrain my desire to organise, analyse and shape. In the beginning I didn’t even want to call it a project; I wanted to photograph with a quality of openness. But I had a few parameters. For example, I wanted to make all of the photographs in interior spaces. But most of my decisions were made as a way of maintaining openness. I didn’t want there to be any geographical restrictions, for example. As a consequence, the pictures were made wherever I happened to be traveling. All of that said, by the time I was done, I had begun to shape the series as a project. But there’s no doubt it’s looser than my previous work. 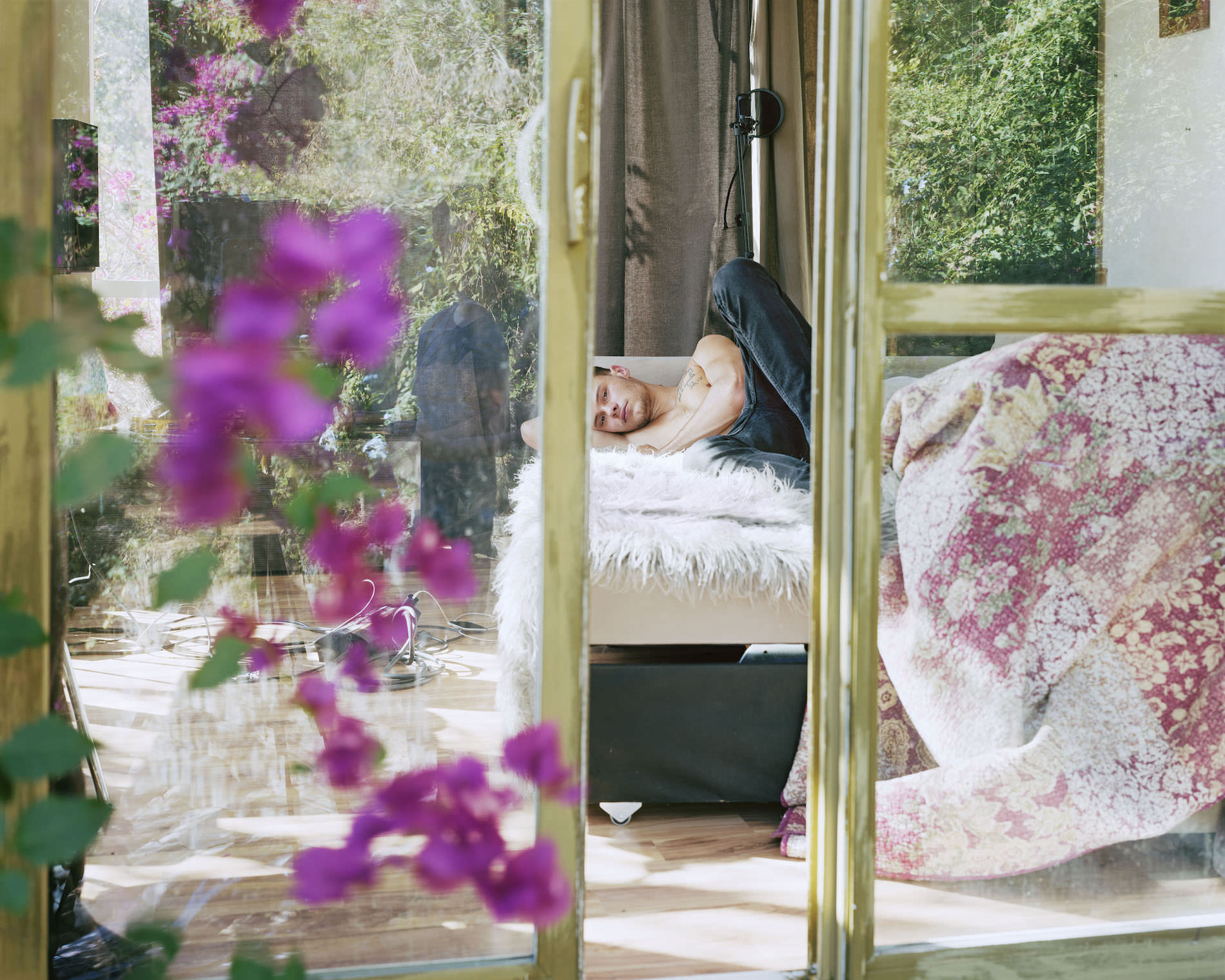 Nick. Los Angeles. From 'I Know How Furiously Your Heart Is Beating'

You came into photography from a fine art perspective how did this help you? And do you think it is important as a photographer to be open to practising other creative forms?

I respect photographers who came to the medium in other ways. I know a lot of people who dreamt of shooting magazine essays like Eugene Smith. I think that’s great and I wouldn’t say they need to be open to practicing other forms. There’s no one path. But I’m grateful for my path. What’s unique about photography is that I’m free to work in different areas like art galleries and magazines. 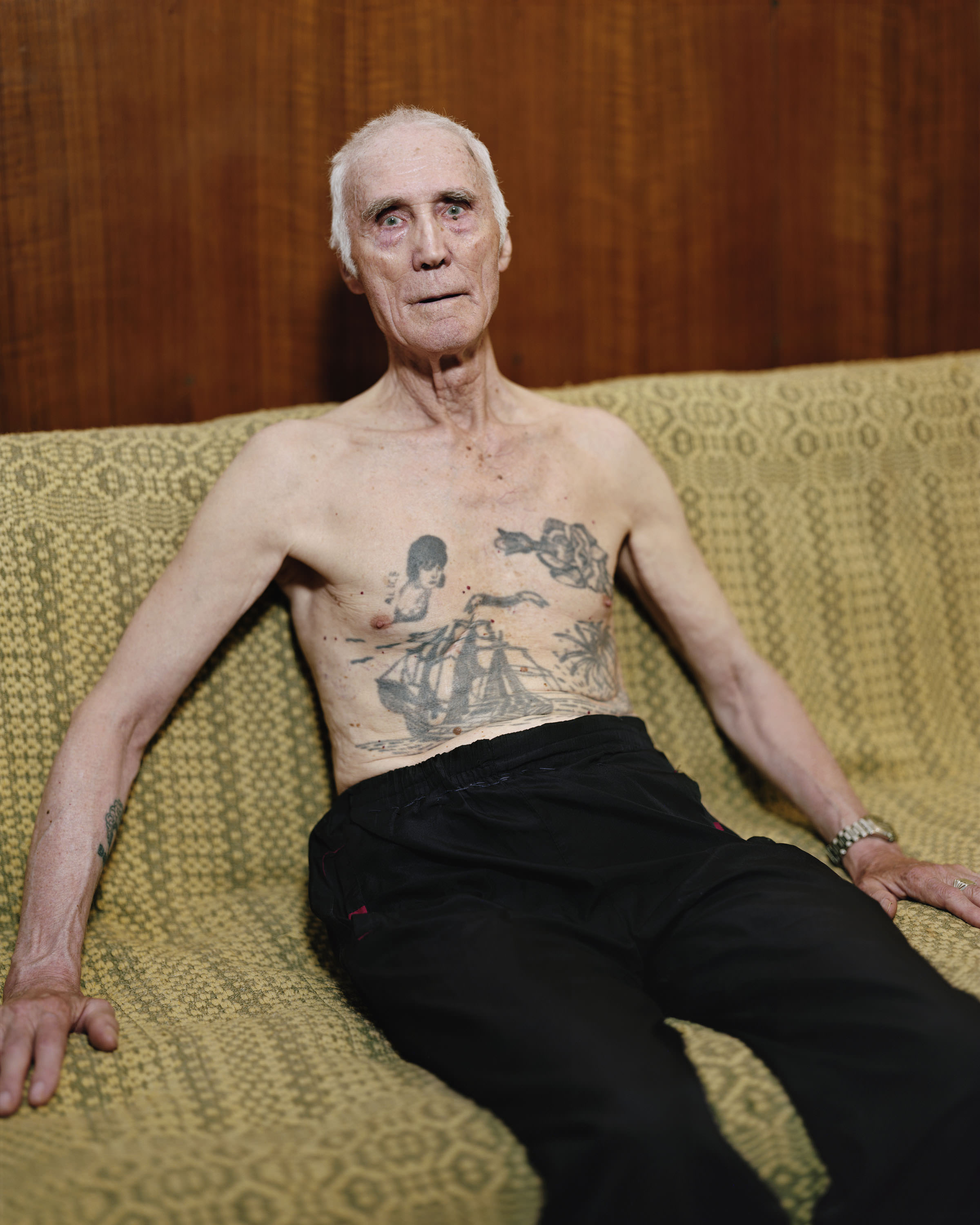 Leopold. Warsaw. From 'I Know How Furiously Your Heart Is Beating'

Prior to your latest book you had quite a hiatus from photography, what inspired you to get back into it and create another series?

I was happy staying home and not taking pictures. I was spending a lot of time in nature and meditating. It was wonderful. But after a while it started to feel indulgent – like I was on permanent vacation. I also worried that I was becoming a bit detached from social realities. So after a year I started working again. I started traveling and photographing people – but hopefully with a bit of a refreshed spirit. 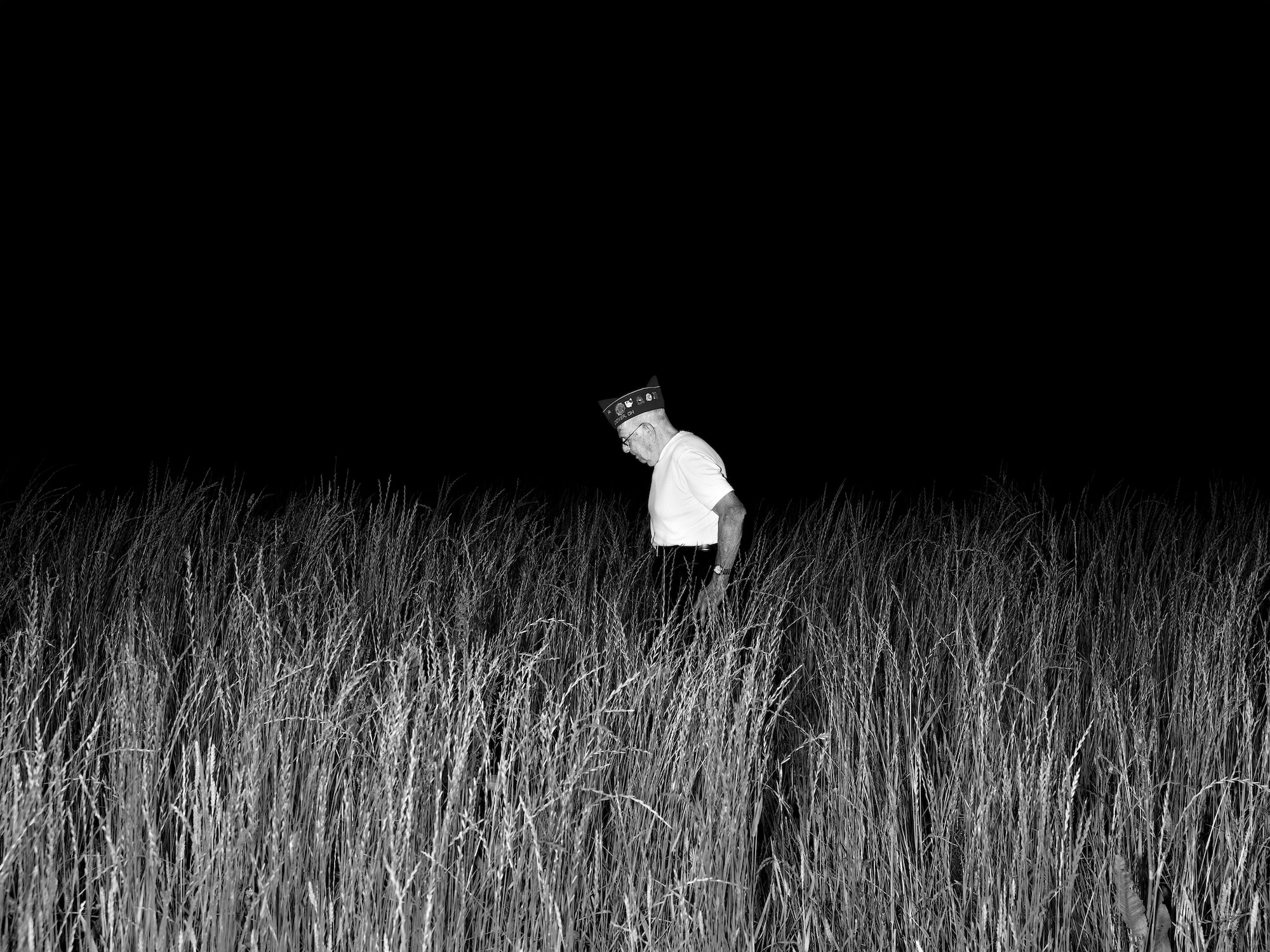 Why did you choose to shoot on an 8x10 camera for these projects and do you find the slower process of large format helps your subjects relax?

I’d spent a number of years shooting digitally. Returning to the 8x10 was such a joy. It meant being less focused on the immediate result and truly savouring the experience of looking through the camera. That is my favourite part of the 8x10. The ground glass is like a painting on an easel. It’s so sensual. This fit the way I wanted to work. And yes, this has the added benefit of allowing subjects to relax. 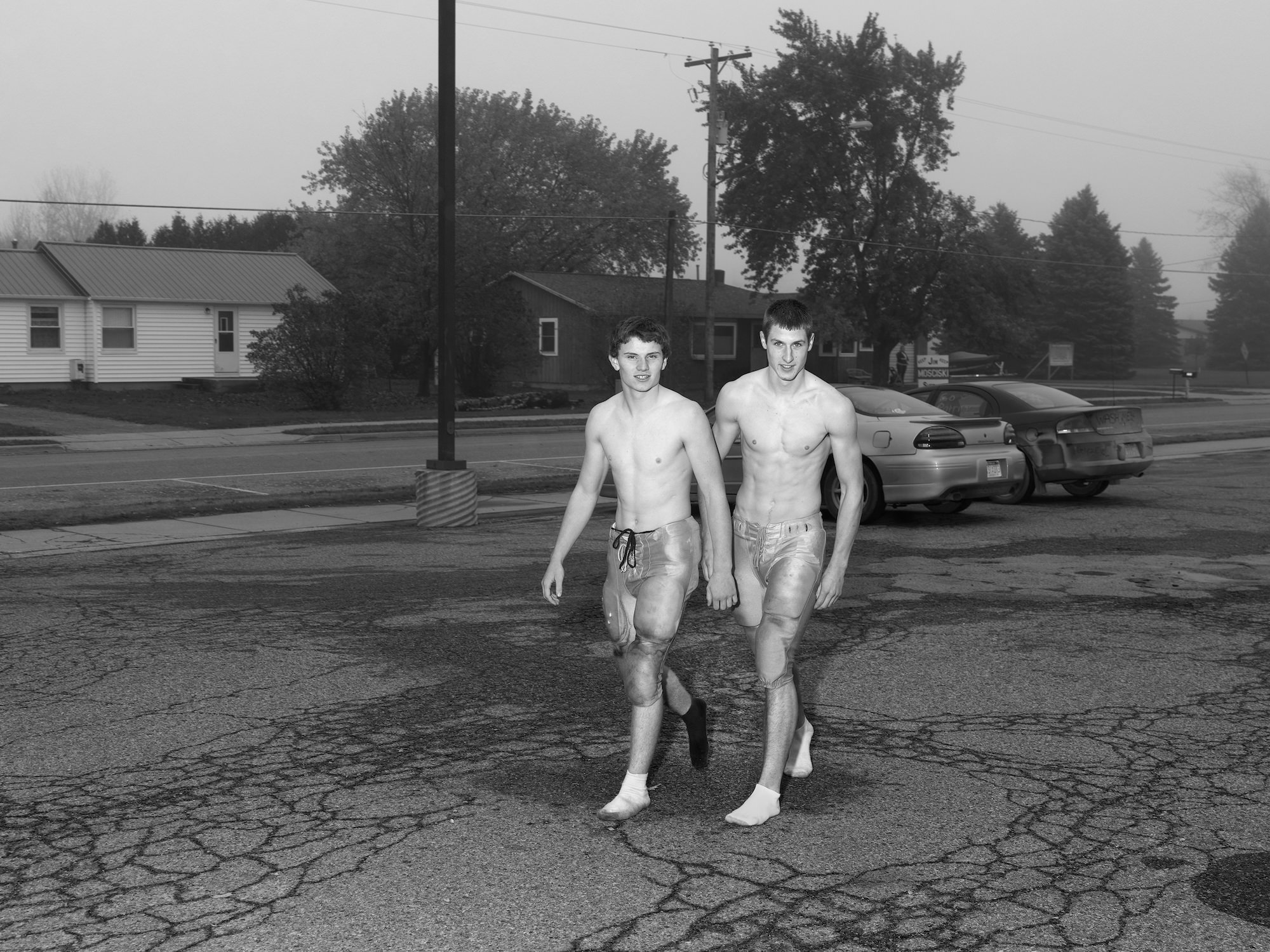 A lot of your work centres around people, is there more pressure to capture an honest representation of someone than there is with shooting a scene or landscape?

I’m wary of attaching the word ‘honesty’ to photography. I don’t quite know what it means. All I can say is that there are a lot of ethical issues involved with making photographs, particularly if these photographs are going to be reproduced and sold. Without a doubt these issues are far more complex when depicting people. 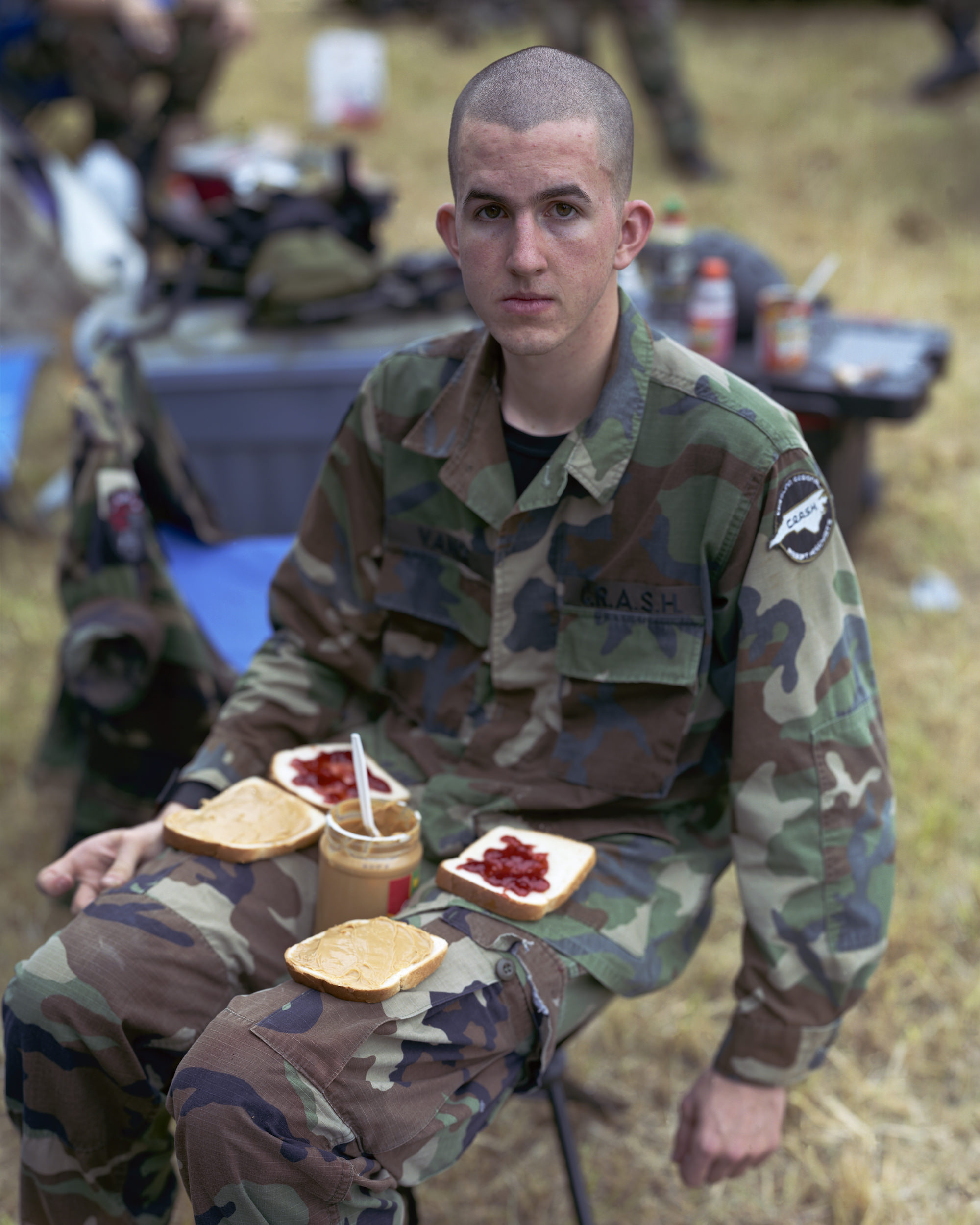 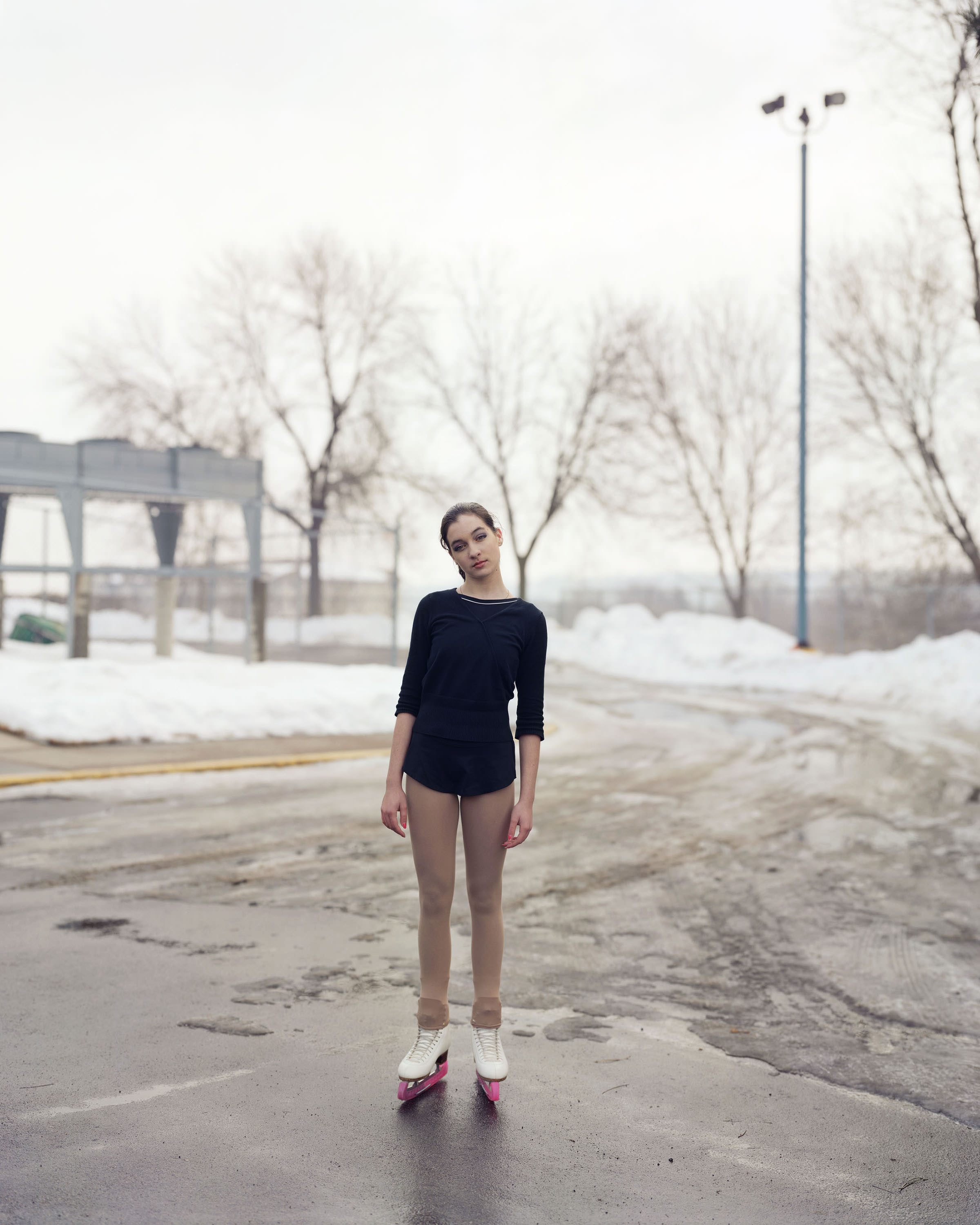 You subjects often merge into their surroundings as if you’re a fly on the wall. Do you think a photograph can capture a genuine sense of someone?

I wouldn’t say my photographs capture a genuine sense of another person. We’re all so complicated. Along with our physical features and public identities, we all have a web of dreams and secrets that are impossible to pin down. A photograph is such a fragmentary thing. Mostly it is just a description of light hitting surface for a split second. But what’s thrilling, to me, is the way that this description provides a platform for the viewer to speculate about those dreams and secrets. 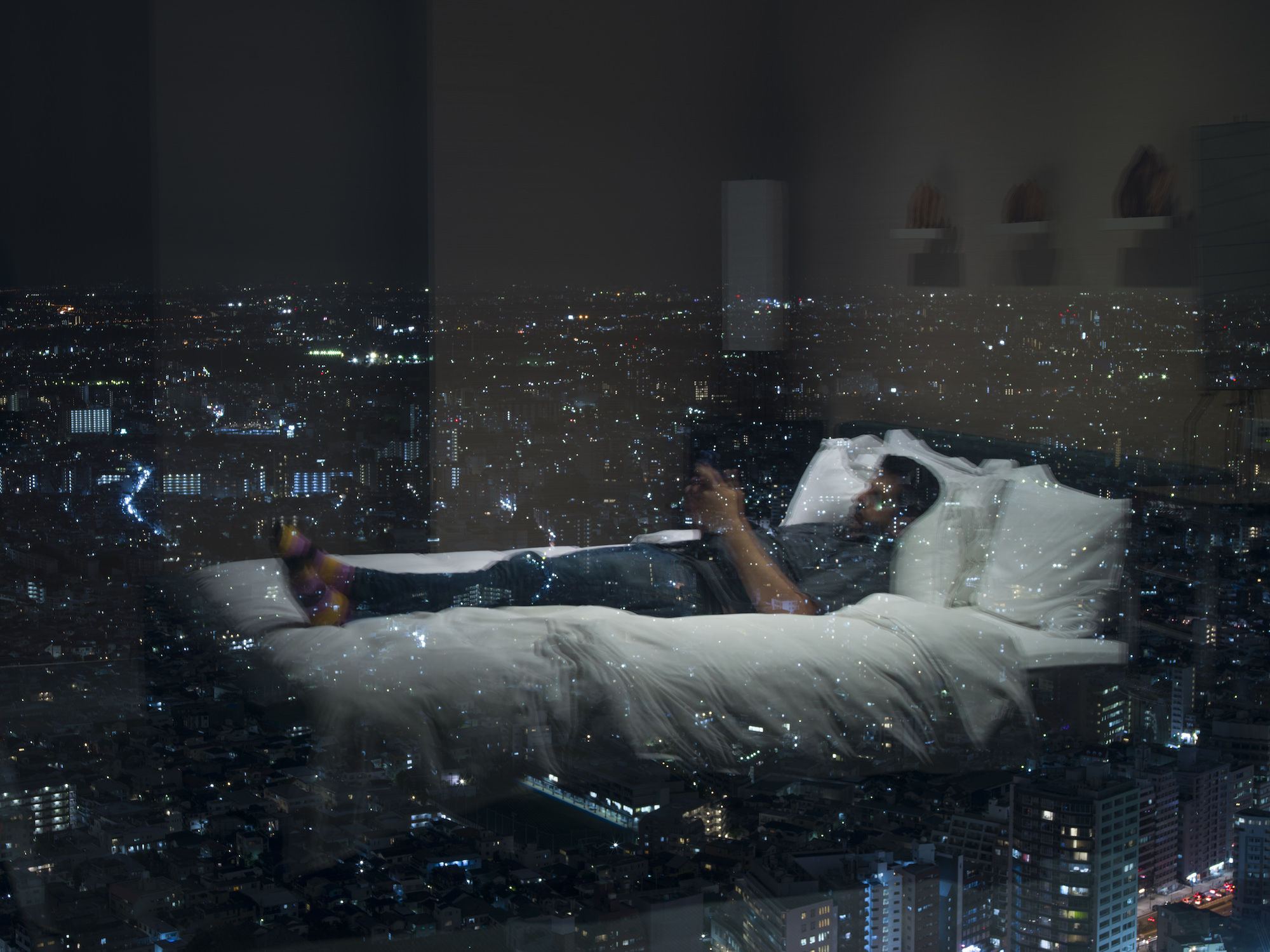 'I Know How Furiously Your Heart is Beating' was published in March 2019 by MACK . You can see more of Alec's work on his website, Instagram, or at various exhibitions this year across the USA.