You will undoubtedly have seen the work of on-set photographer Wilson Webb on multiple occasions already. His extensive resumé boasts photography from behind the scenes of some of the most highly rated movies of the last twenty years, the likes of: 'Marriage Story', 'Baby Driver', 'Carol', 'Zoolander', and 'Paul'. In general his role will entail the capturing of mid-scene stills, as well as cast portraits and general backstage shots, all of which are used as the primary promotional material for film posters and press.

When asked to work on Greta Gerwig’s latest adaptation of Louisa May Alcott’s 1868 novel, 'Little Women', Wilson suggested the somewhat ambitious plan of taking 8x10 Wet Plate portraits of the main cast. The process which involves coating glass sheets with a ‘collodion’ mixture, then sensitising it with silver nitrate, is totally authentic to the photography of the time in which the story is set. Wet Plate Collodion is not the simplest of processes to work with, and as Wilson shines a light on here, a great deal of testing and adapting of his Intrepid 8x10 and other equipment was required prior to shooting the final images of the cast. As a full-time unit stills Photographer what does your work usually consist of?

The on-set photographer is responsible for most still photography related functions on a film set. The most important part of the job is to take photos that help the studio advertise and promote the project. We take all of the images (except when screen-grabs are sometimes used) that you see in magazines, on web-sites, social media, and posters. We are also often responsible for photos that are used in the film as props if new images with the cast are needed. 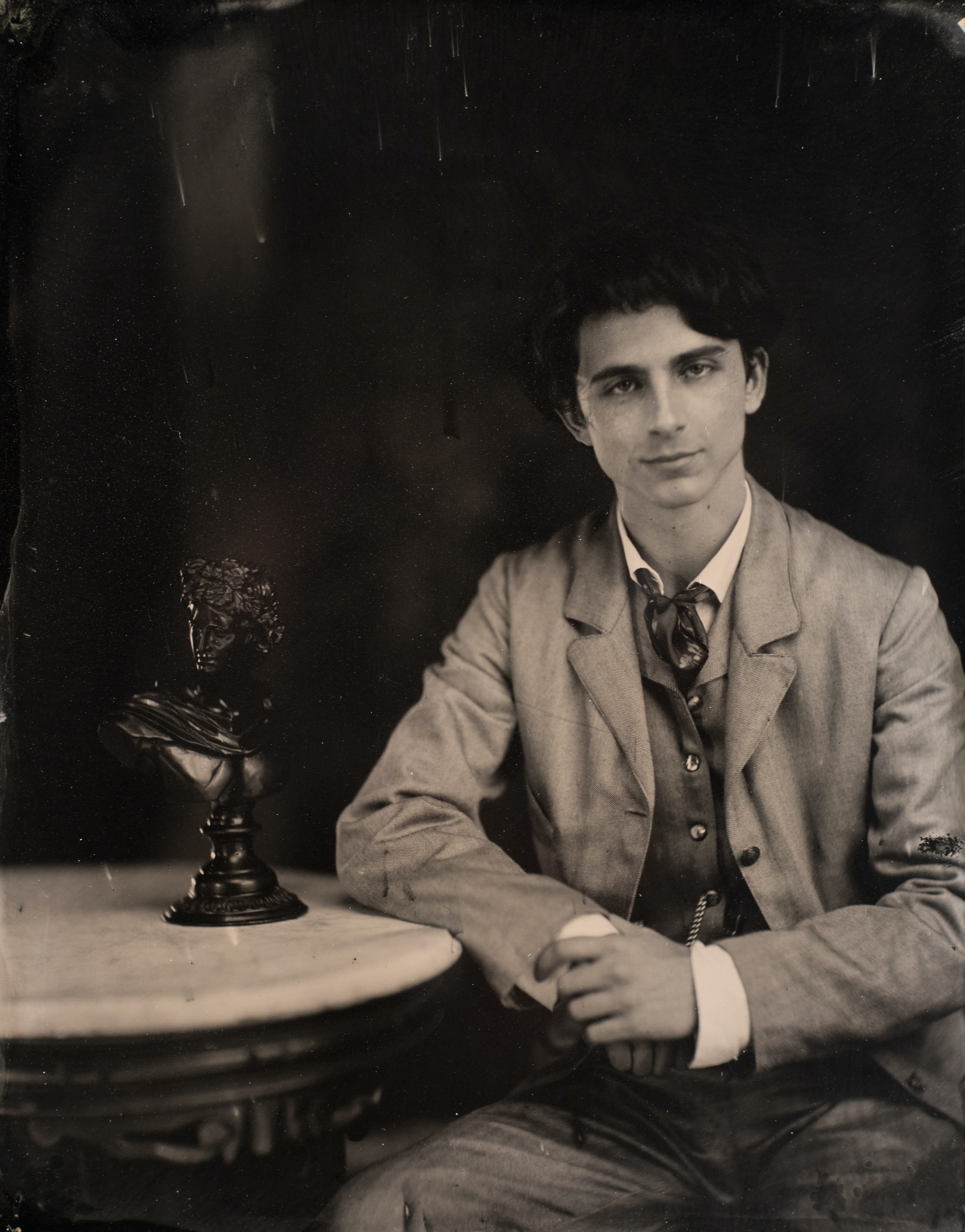 Did the studio and production team of Little Women need much persuading to let you shoot 8x10 Wet Plates rather than typical digital style set photos?

Actually, no. When the Director, Greta Gerwig, asked me to join her team I mentioned that I could make such a shoot happen. The Producer, Amy Pascal, and the fine folks at Sony Pictures were on board with the idea quite quickly.

How much preparation did you do prior to the shoots? Were you already experienced in collodion or did you have to practice beforehand?

A whole lot of preparation was required before the actual shoot. Having only studied collodion, I had to get up to speed very quickly. I offered to shoot 4x5, 5x7, or 8x10. When they choose the latter I had even more work to do as I didn’t have a lens that was both fast enough for the low ISO that wet plate requires (around 0), and that would cover such a large plate size. Period 8x10 images are very rare because most photographers could not afford such expensive lenses and because the clients paid according to the plate size. Most of the period plates that I have collected are roughly 2.75 x 3.25” (referred to as a 1/6 plate size), although I also have some that are as small as 1.6 x 2.2” (referred to as 1/16th plate size). Large format is never the most straightforward of mediums, particularly when it comes to Collodion. Did you have any unexpected issues you had to overcome on-set?

Well yes, it’s definitely a challenge to shoot larger but the payout is totally worth it. I’ve shot all different formats in the past, my favourite being with an old Korona 7x17 camera. (Can you all at Intrepid Camera make a newer 7x17 camera?!) I did as much testing as possible, using a 120 Mamiya RZ67ii for this phase. I cut the plates to fit into a Mamiya back (after a bit of destruction to the back), by doing so my expenses, on the tests, were low.

Once I had all the pieces and parts together I had about 4 days to work out most of the bugs. I didn’t have any real problems once shooting was underway, which is quite surprising since I was doing most of the work myself, while still shooting on set. I also tested with 5x7 plates by building an adapter attached to my Intrepid 8x10. 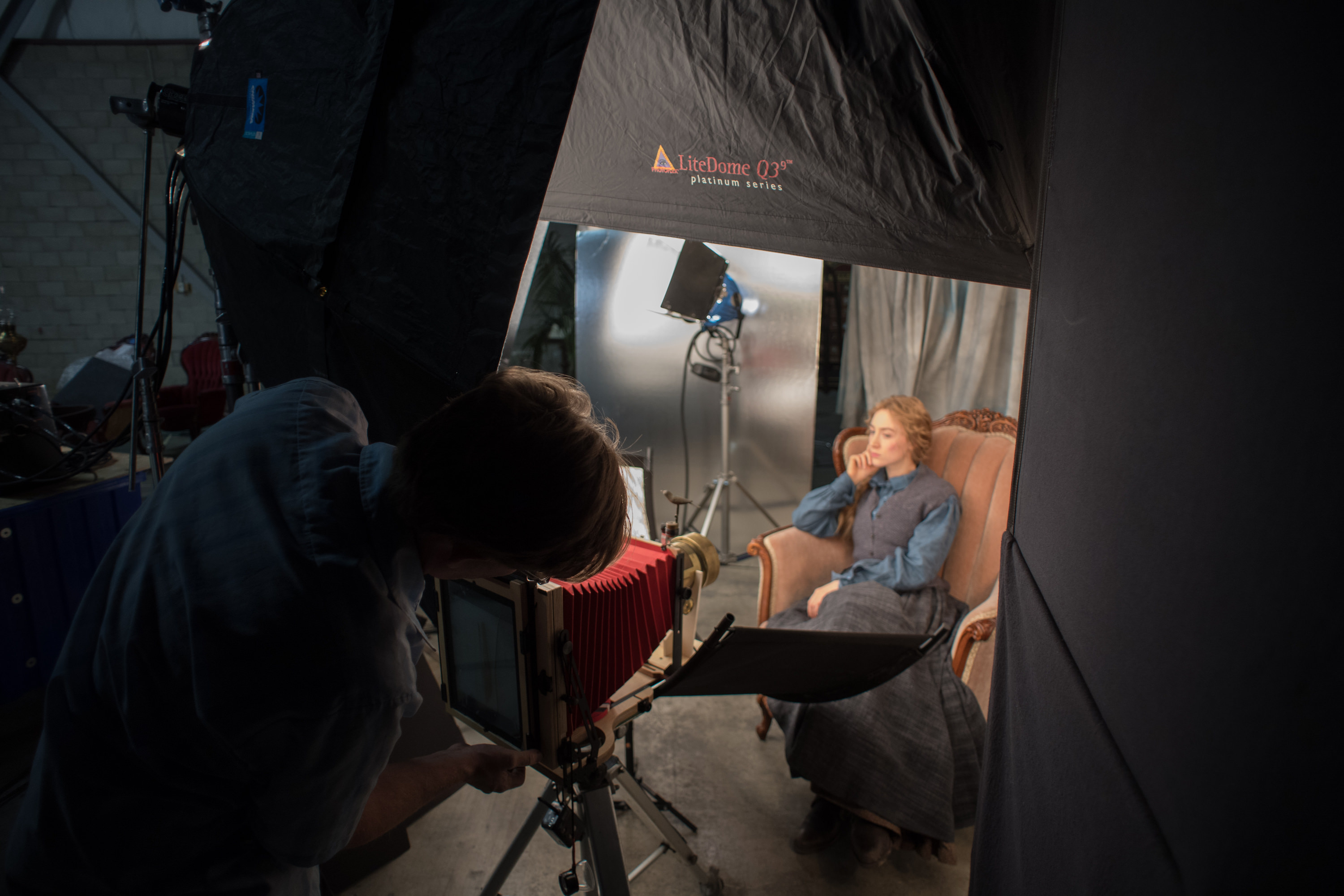 Along with your Intrepid 8x10 and the Mamiya RZ, what other equipment did you use and did you have to adapt or modify anything else?

The intrepid was the best camera that I had for this process. Although its strengths are being light-weight, and thus easy to pack and travel with, it was a bit of a challenge to use it in a studio for wet plate, mostly because of the lens requirements. I settled on a 136 year old brass petzval Dallmeyer 3b, 275mm f3 (with no water stops installed) which alone weighs 2.6 pounds (as much as the 8x10 camera). I made a custom lens board, with a front support and also used a front standard support attached to a tripod leg. I had to use a healthy amount of light as wet plate collodion requires natural ultraviolet light to create an exposure.  Normal flashes do not produce much UV, so I had to remove the UV glass filters and use a ton of flash heads. I had about 25,000 watt seconds blasting out of older Speedotron flashes. They have an amazing quad-tube head that puts out 4800 w/s alone, which I used as my key. I attached a large octobox to that head and only used the inner light baffle. 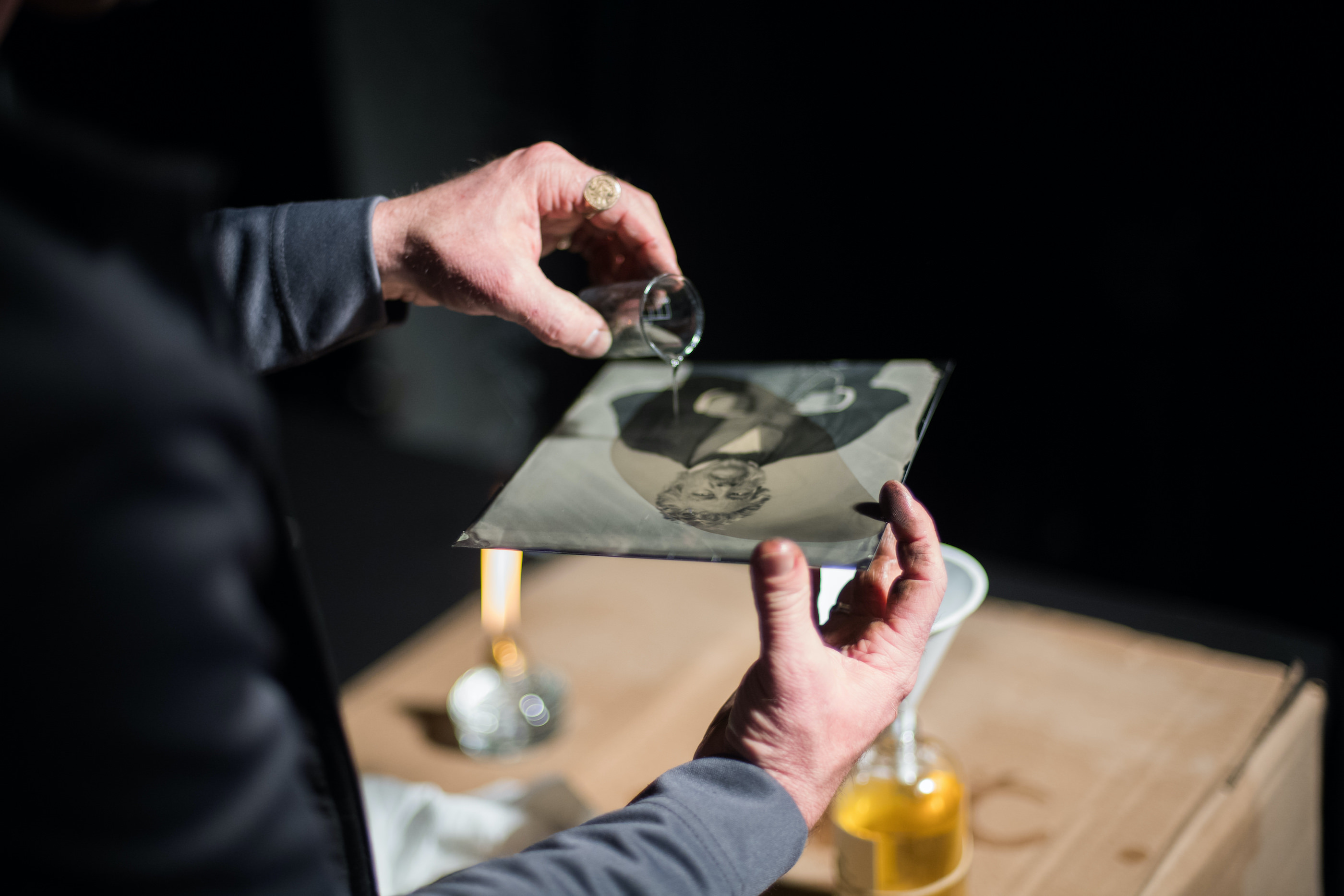 How did the cast react to the camera and collodion process? I imagine it was probably a unique experience for them too.

They really loved it. I had a small display of period correct photos and I would explain the history of the process, in context to the Little Women time period. I also talked about each step as we went along and allowed them to watch the plate develop, which is often the most exciting part as the image slowly appears from black.

Given how well received these images have been, do you think you will shoot large format, or specifically wet plate on set again?

Yes, I really want to work more with the process but need the proper space and time. The chemicals need to be carefully managed and some are quite dangerous (silver-nitrate can blind a person) so safety is important. I have a period correct 3D camera that I’m looking forward to using for wet-plates, as well as some newer cameras. A giant pinhole camera would be fun to try as well! Hey, how about that 7x17 camera so I can add that to the list? 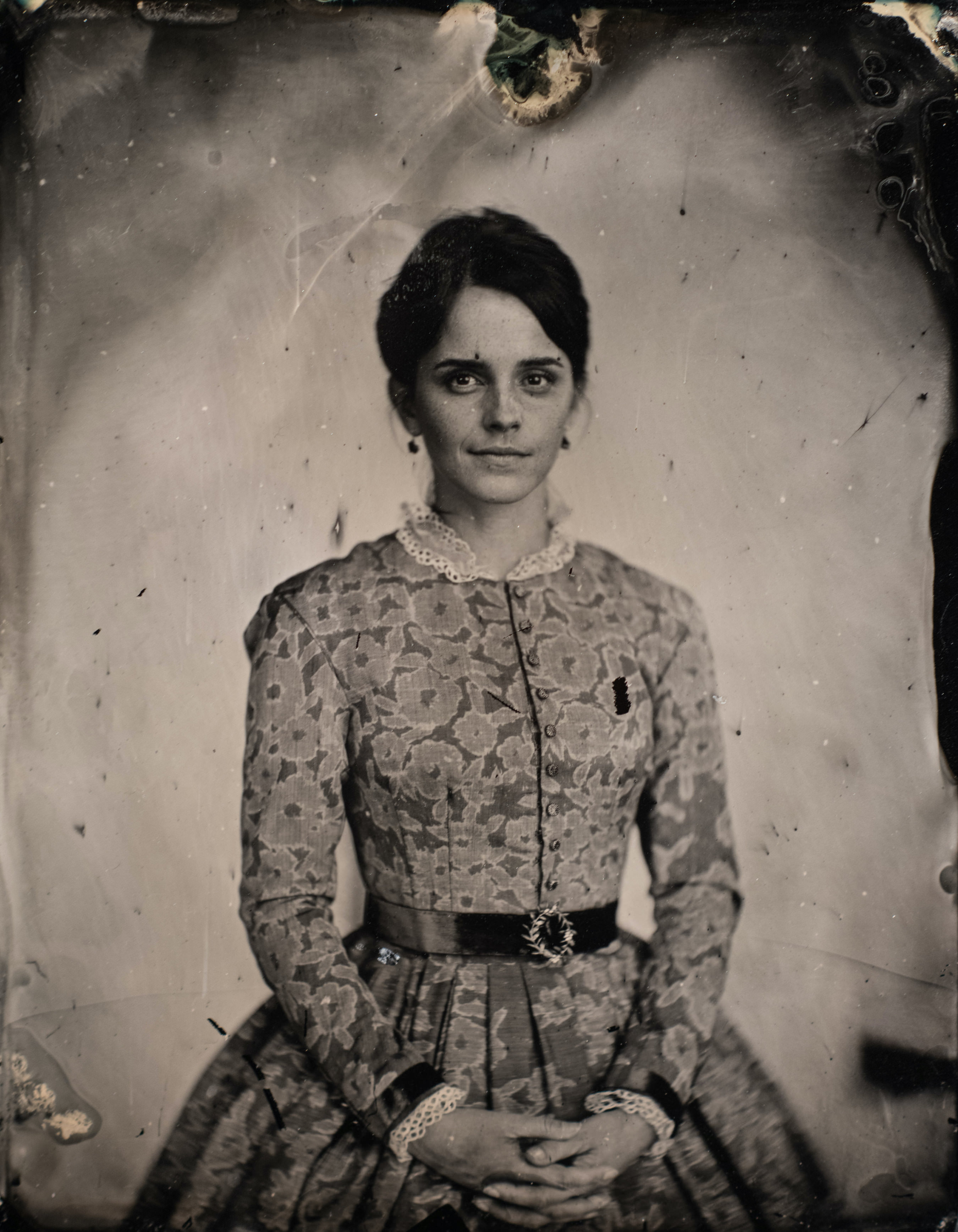 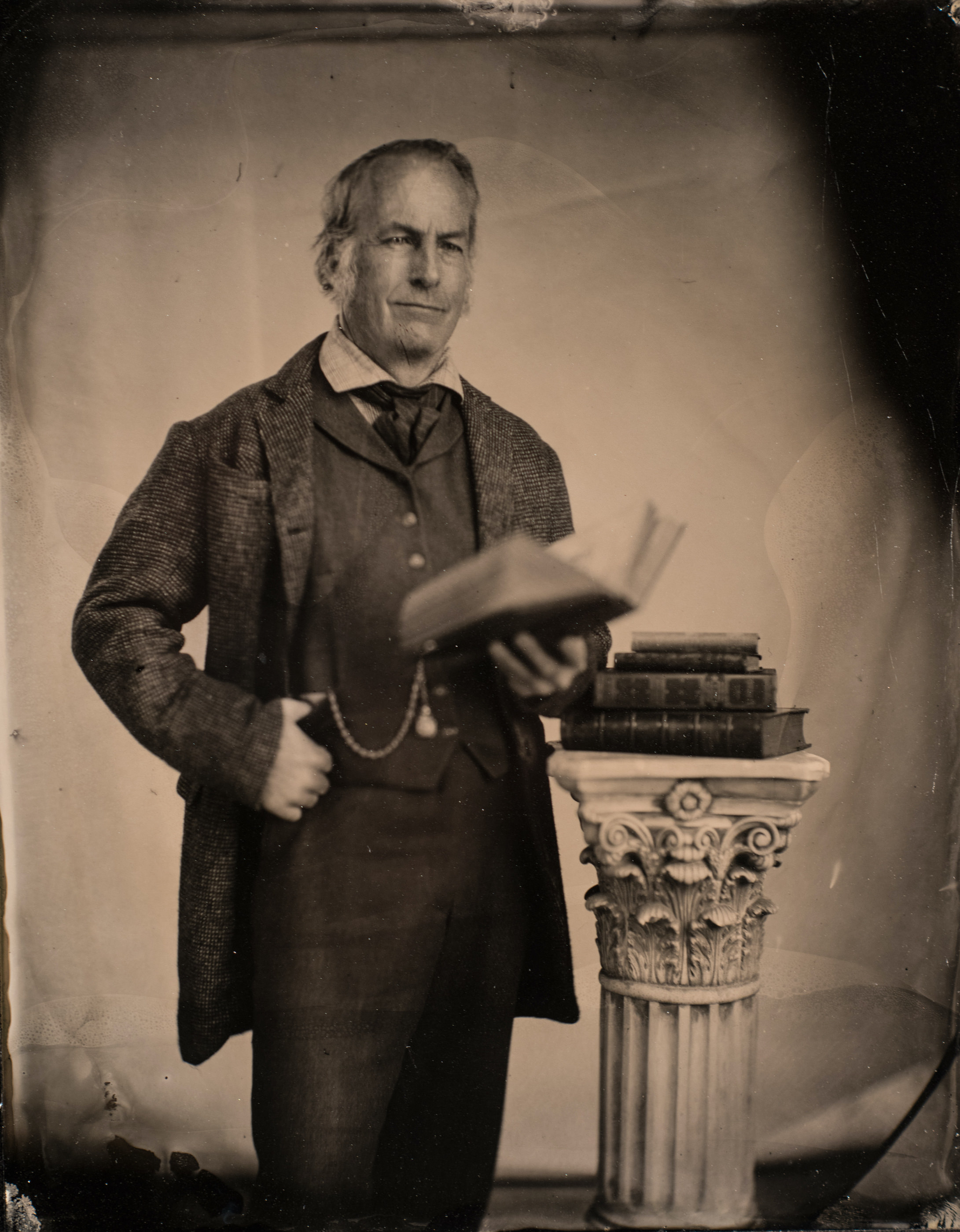 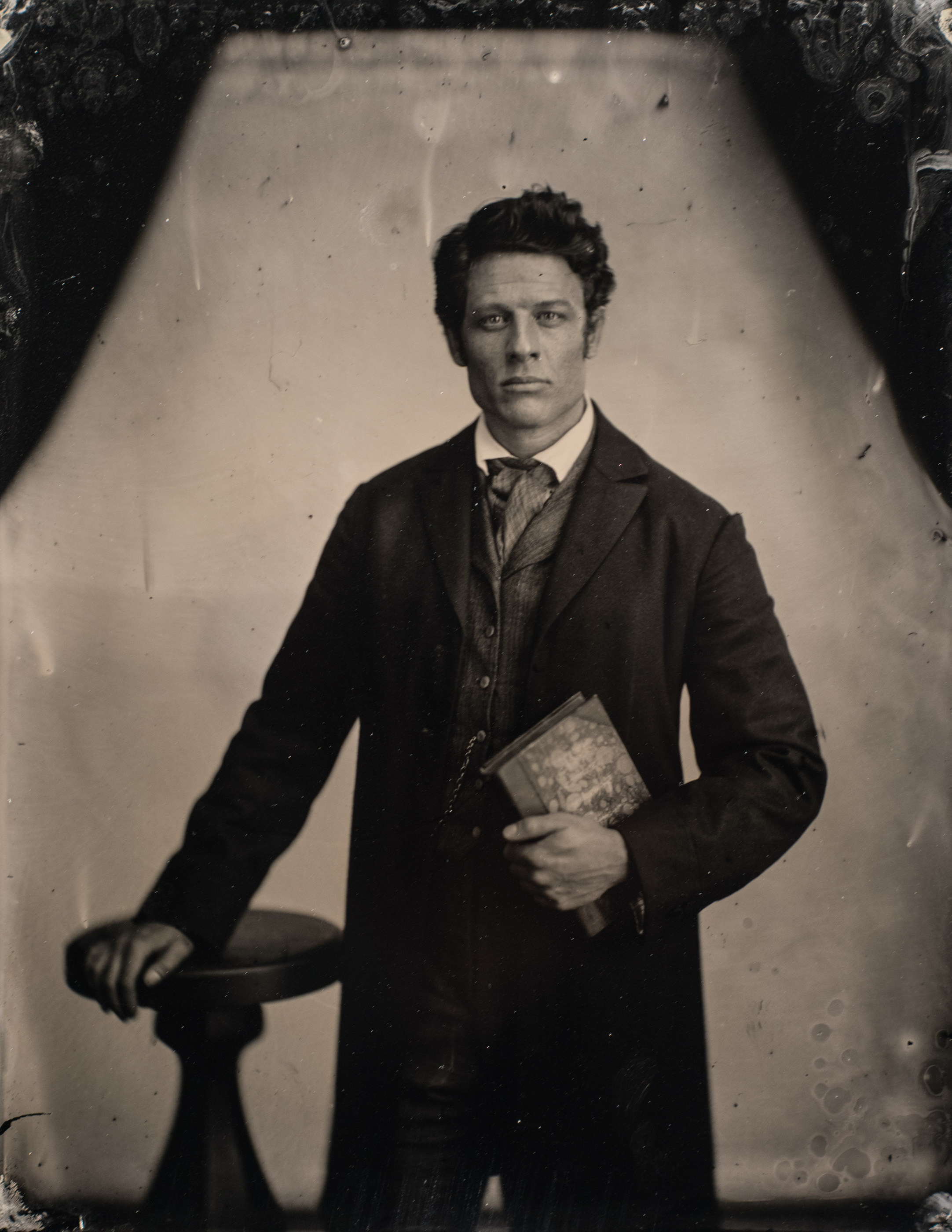 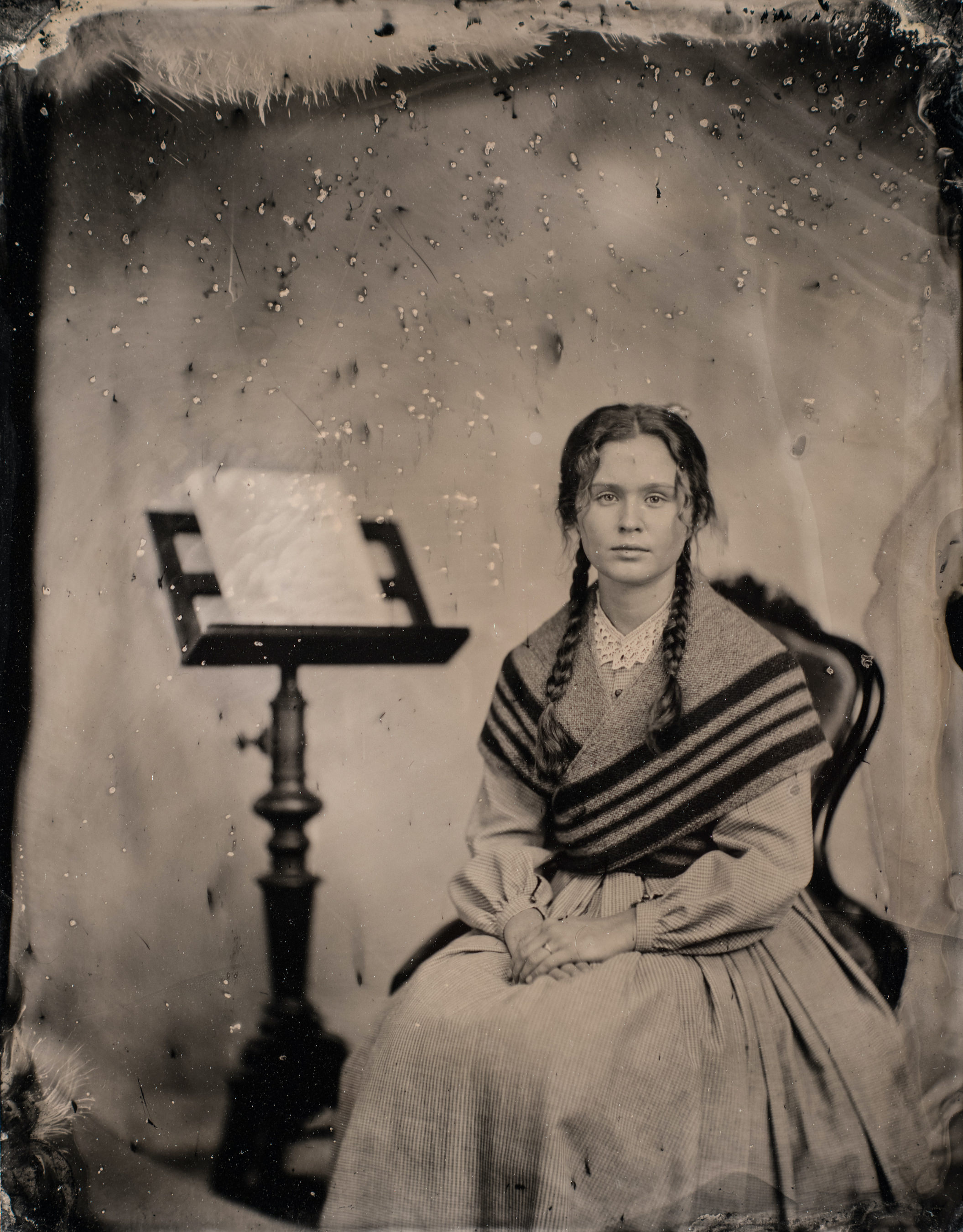 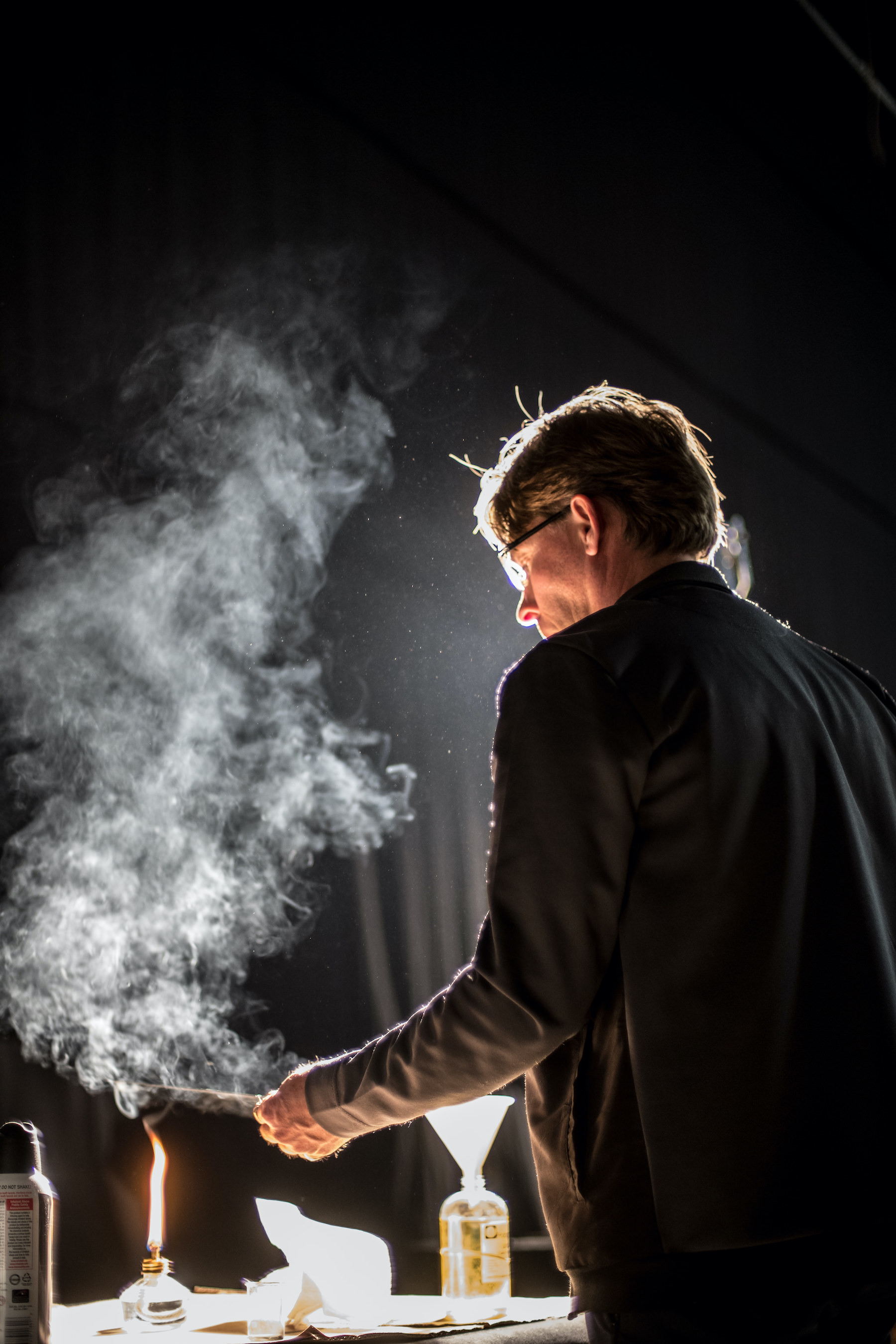 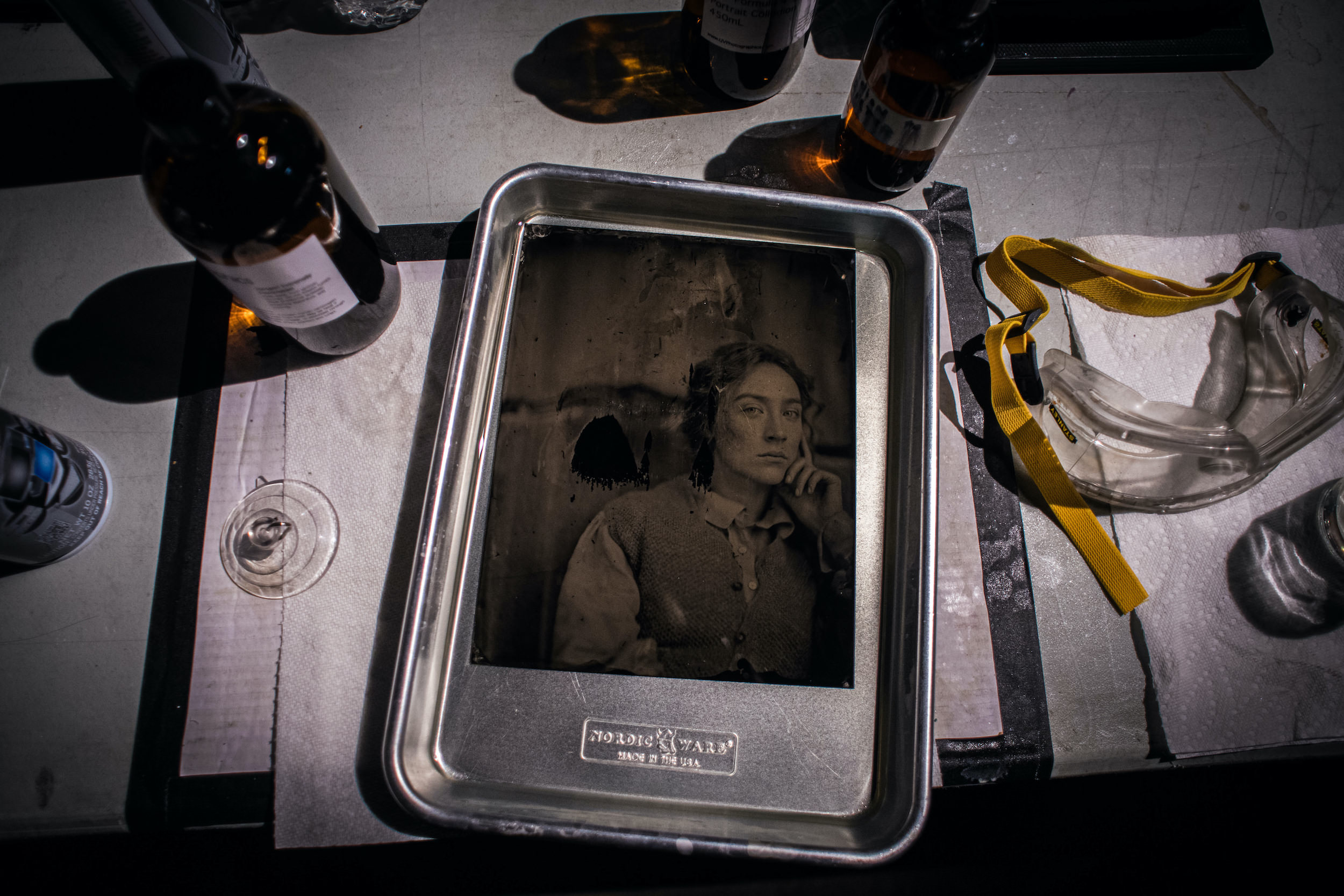 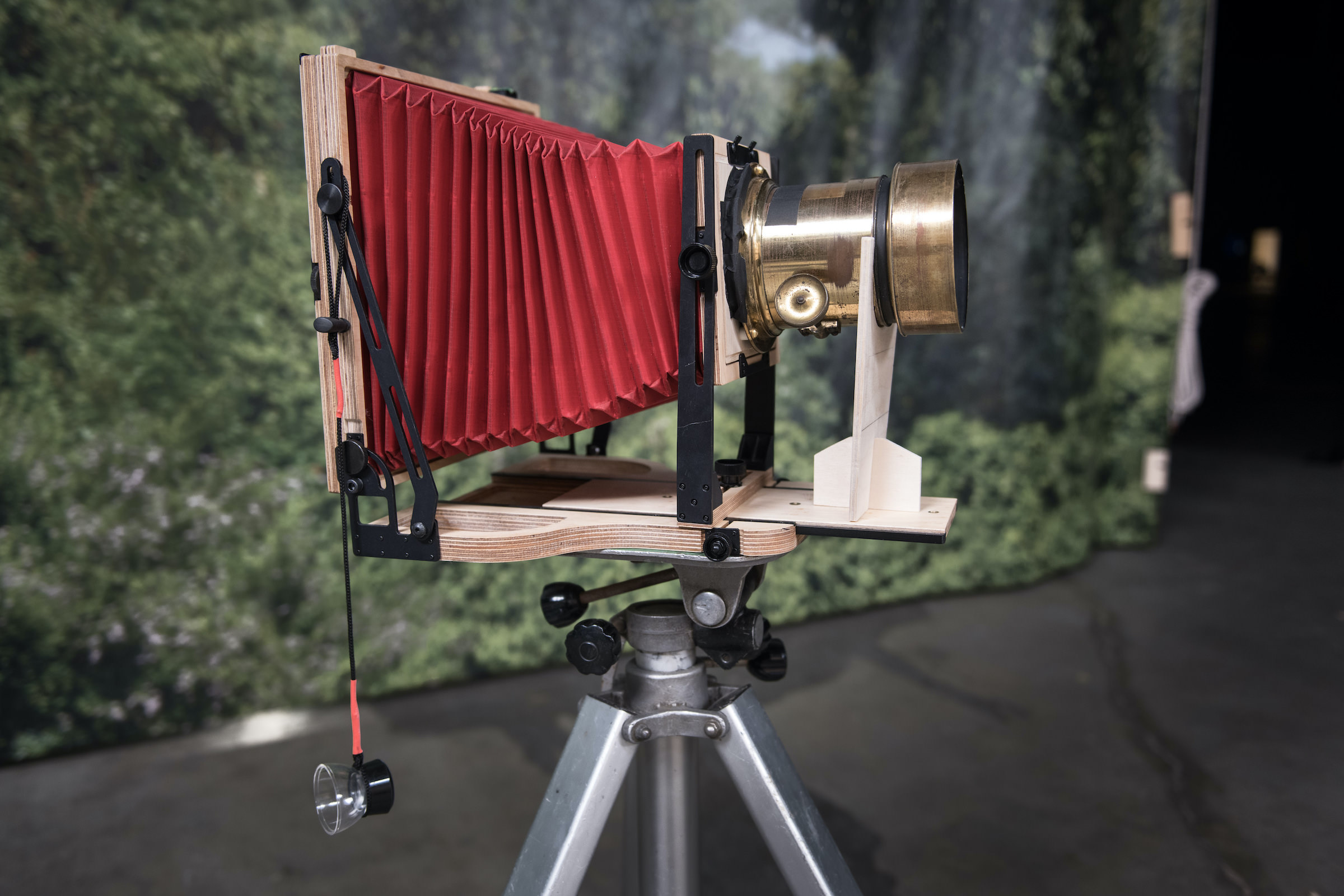 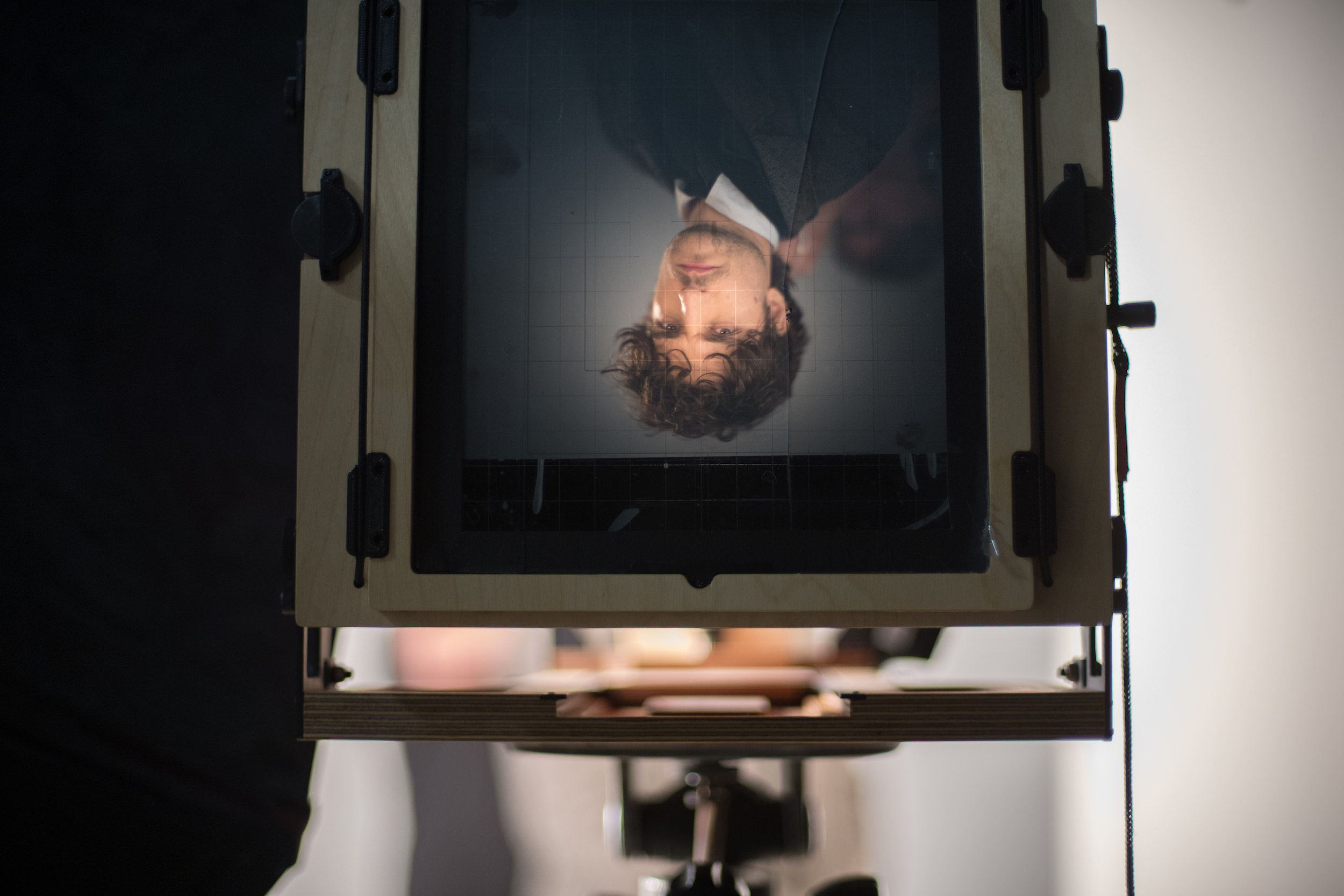 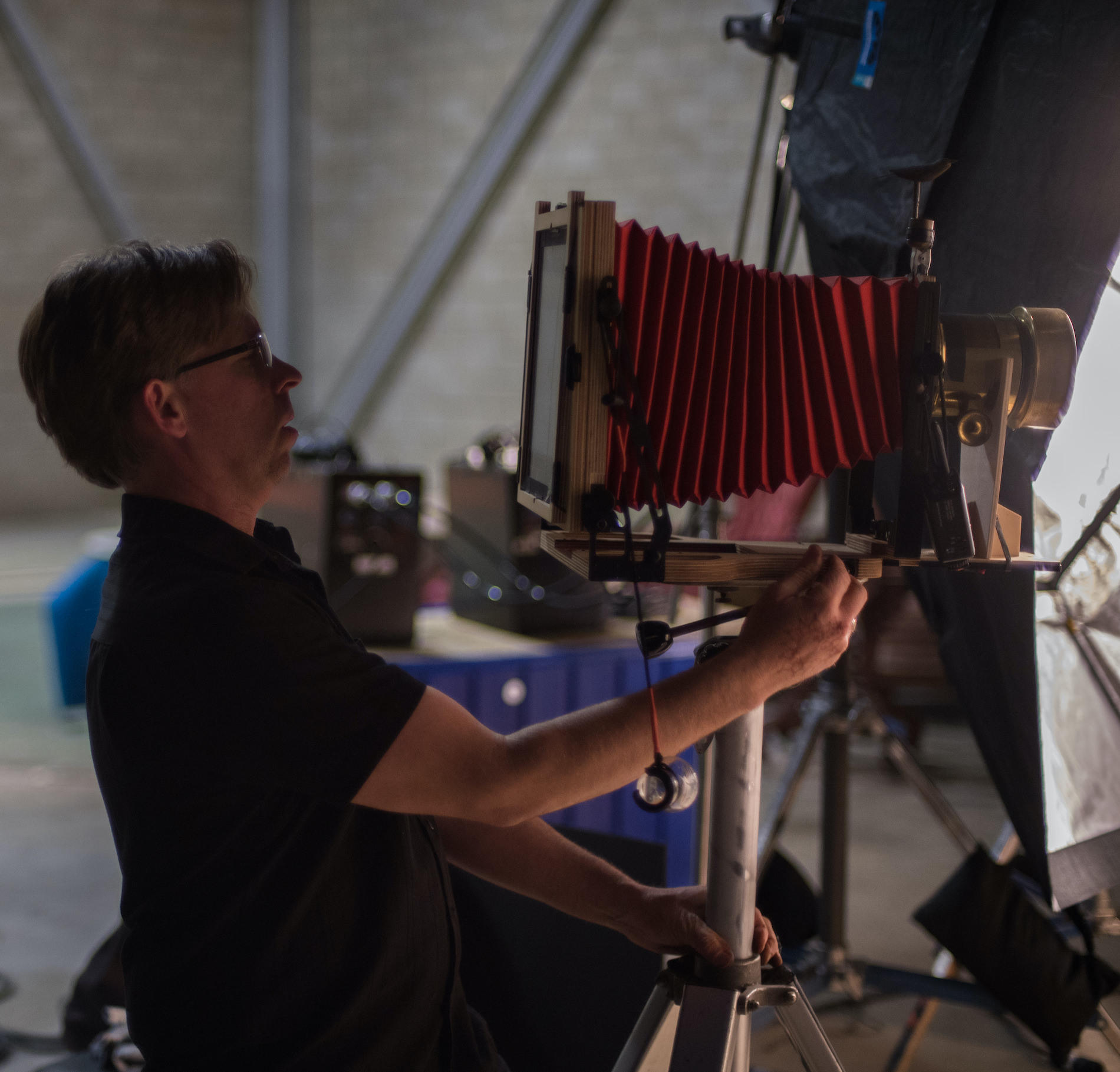 To see more of Wilson’s work head to his Instagram or website.  |  To learn more about Wet Plate Collodion, read our guide by Rikard Österlund.