“During the Covid-19 lockdown, I cycled to different parts of London to photograph Trans and Non-Binary people outside of their homes. 'An Unending Sunday Morning' is a photographic documentation of our unique experiences and feelings of isolation, separation and struggle. Although this body of work focuses on the effects of the global pandemic, I am interested in how these atemporal emotions exist outside of this specific period of time. The work could resemble a collection of spontaneous encounters with individuals who gaze at the lens outside or near their homes. The large-format black and white photographs suggest a potential parallel reality, in which these portraits might or might not have been taken on a calm Sunday morning.

Between January and April 2021, I cycled 600 kilometres and photographed forty-five people. With each meeting and photograph, I also delved into their stories and our shared experiences. The process of making this series is as significant as the results – from the email exchanges, to bike rides in challenging weather conditions, to the development of the films in my kitchen. The series also acted as a coping mechanism, a space for reflection and a way of remaining optimistic despite the challenges posed by the health crisis. The project's title comes from this continuous and peculiar sense of time developed as a result of the pandemic – where each day of the week feels like a never-ending Sunday morning." 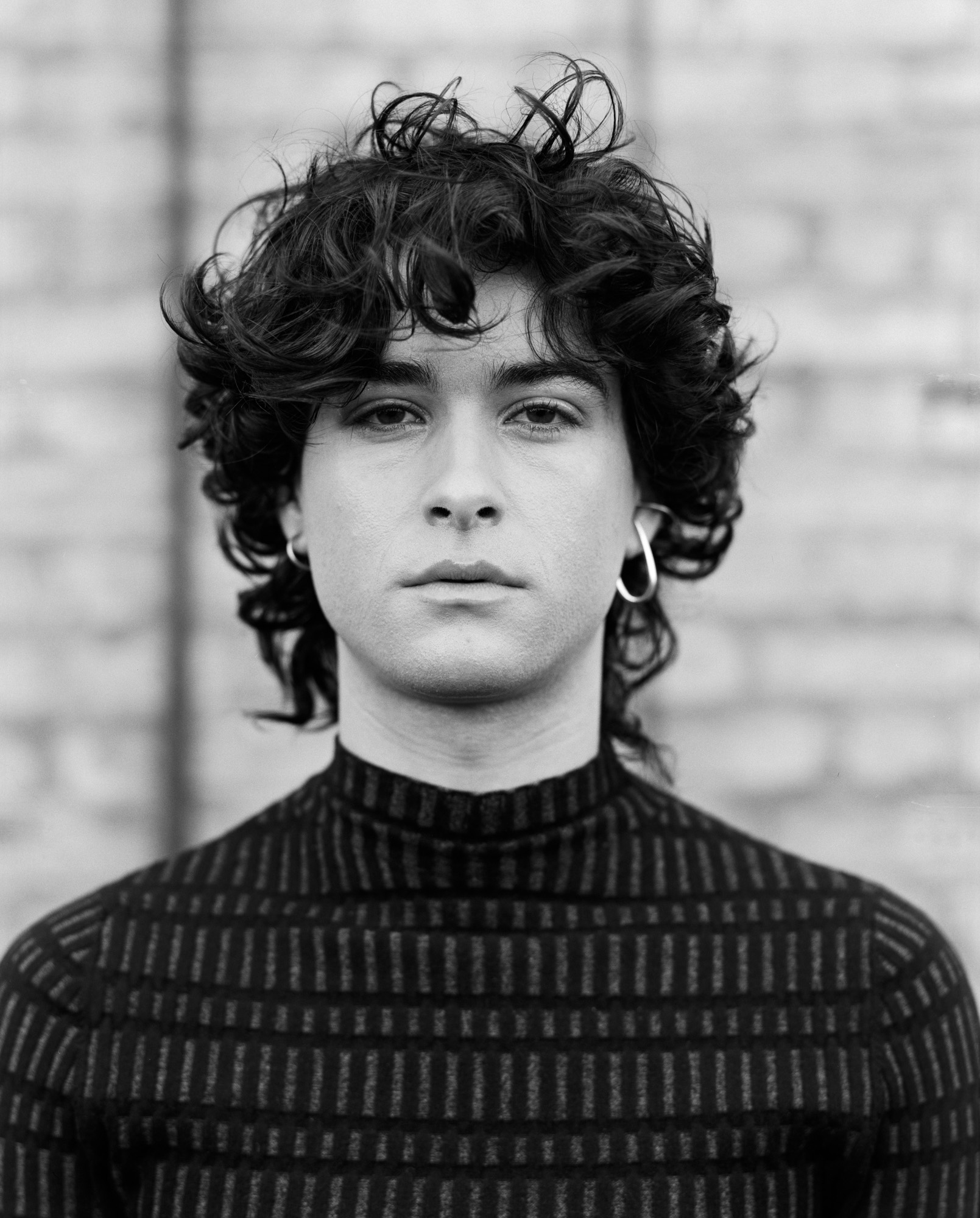 How did you go about scouting and getting into contact with everyone you photographed for this series?

I use social media to find my models. I think the only reason I keep my Facebook account is because of the groups. I'm part of a few Trans and Non-Binary groups on Facebook as I find them very useful to connect with my community. I usually post on those groups or on my Instagram to find models. I didn't do castings or selections, I photographed everyone interested in being part as long as they were based on my cycling radius (maximum 1 hour distance from my flat in London). 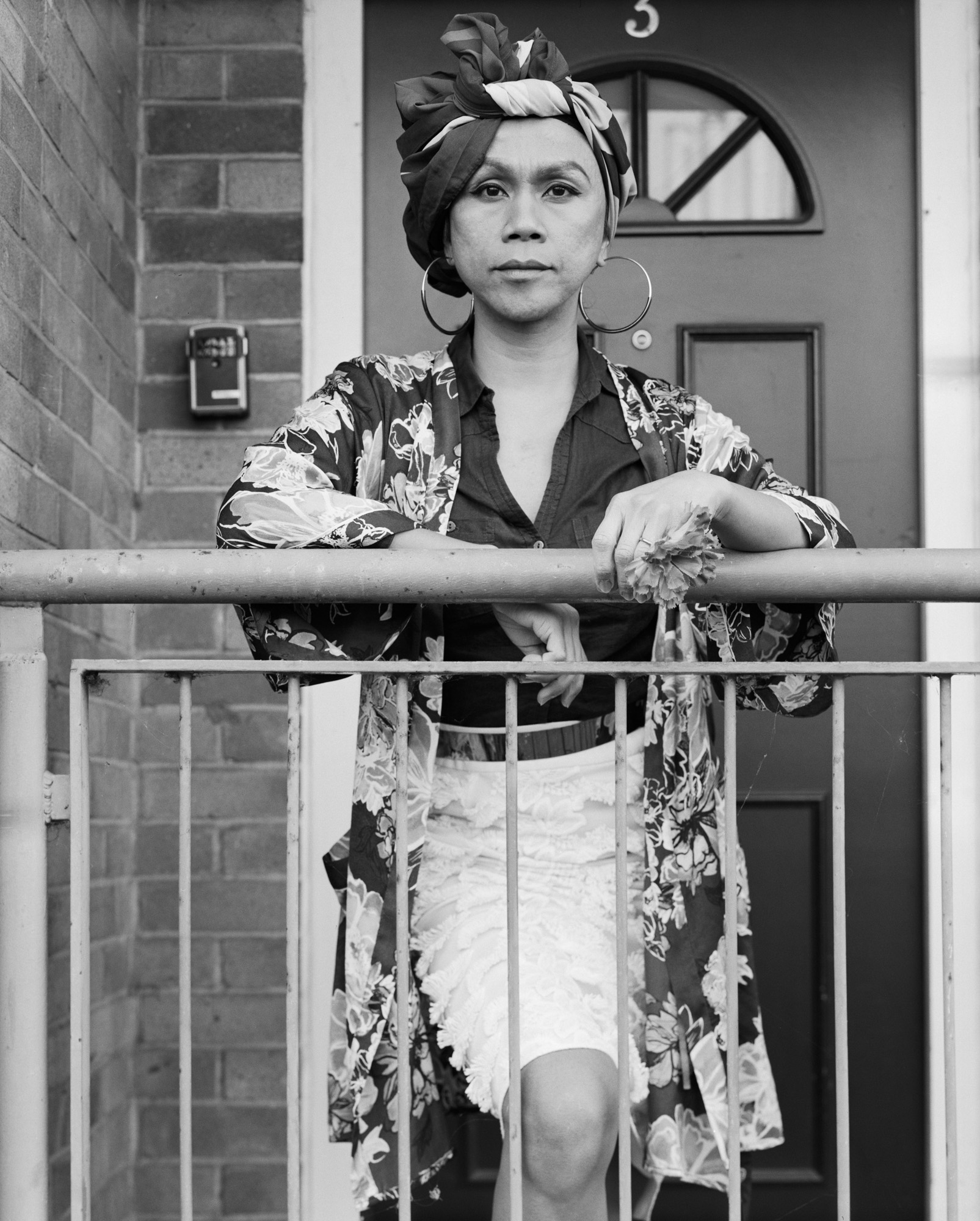 You mention how the slower process of shooting with a large format camera allowed you to establish a connection with your models, do you think this would have been possible to the same extent with digital or a smaller film format?

I don't think so! In my experience, I cannot work with a digital camera. The instantaneity and disposability of a digital camera kills the process for me. Sometimes I shoot medium format but not for this kind of documentary project, and I stopped shooting on 35mm because I find it very dull. 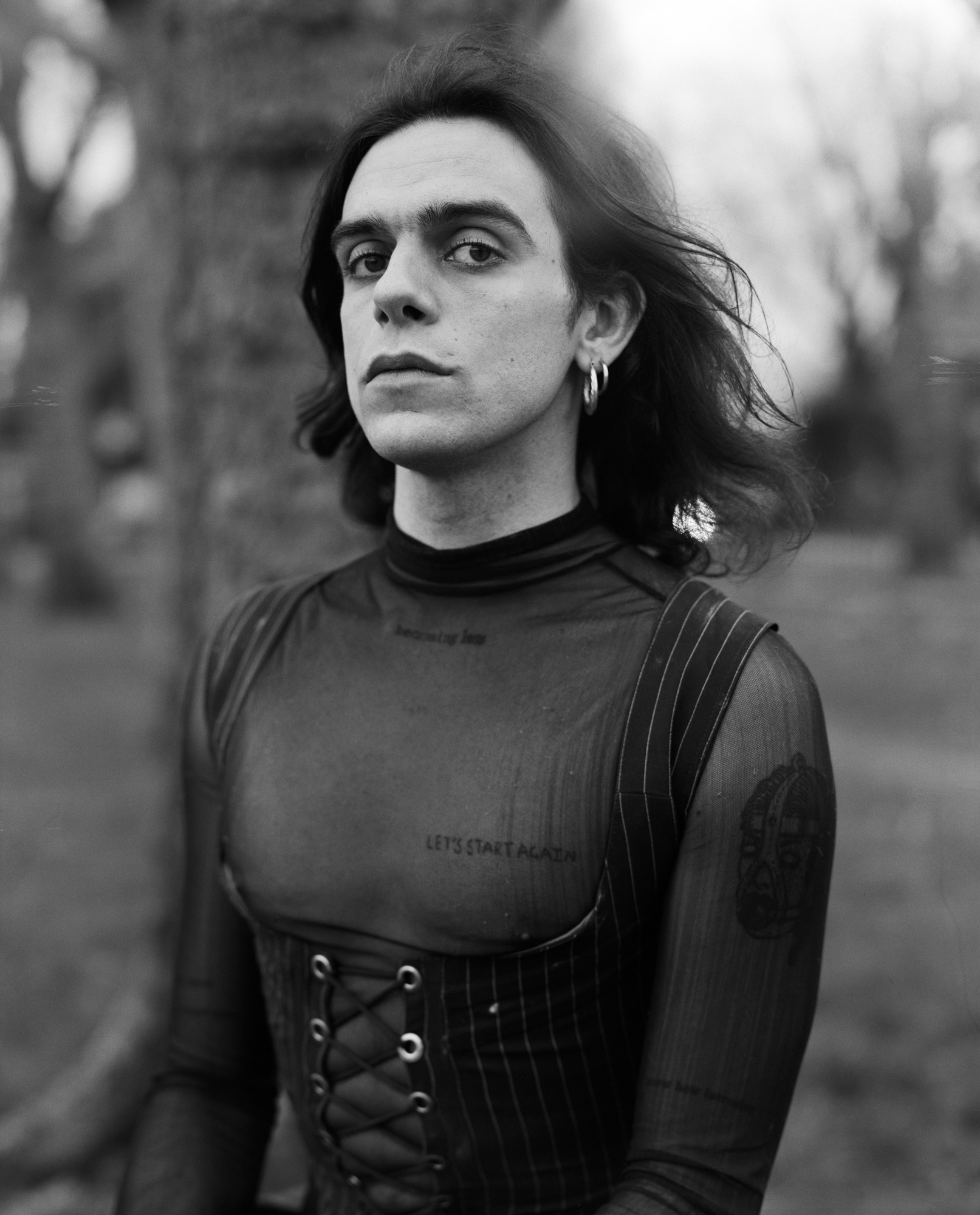 It takes time to set up, to focus, to create the right atmosphere and scene. The film is so expensive that you cannot just waste it. You have to be hyper-aware of what you are doing. This awareness and concentration creates a sacred environment that translates into the final result.

Also, I will never get tired of seeing peoples reactions when they see the camera. I love that moment when the model sees the camera and is all excited and goes:  "Oh wow! You are going to take my portrait with that camera?!" That creates a condition and preparation from their side as well, which also helps make a great picture. 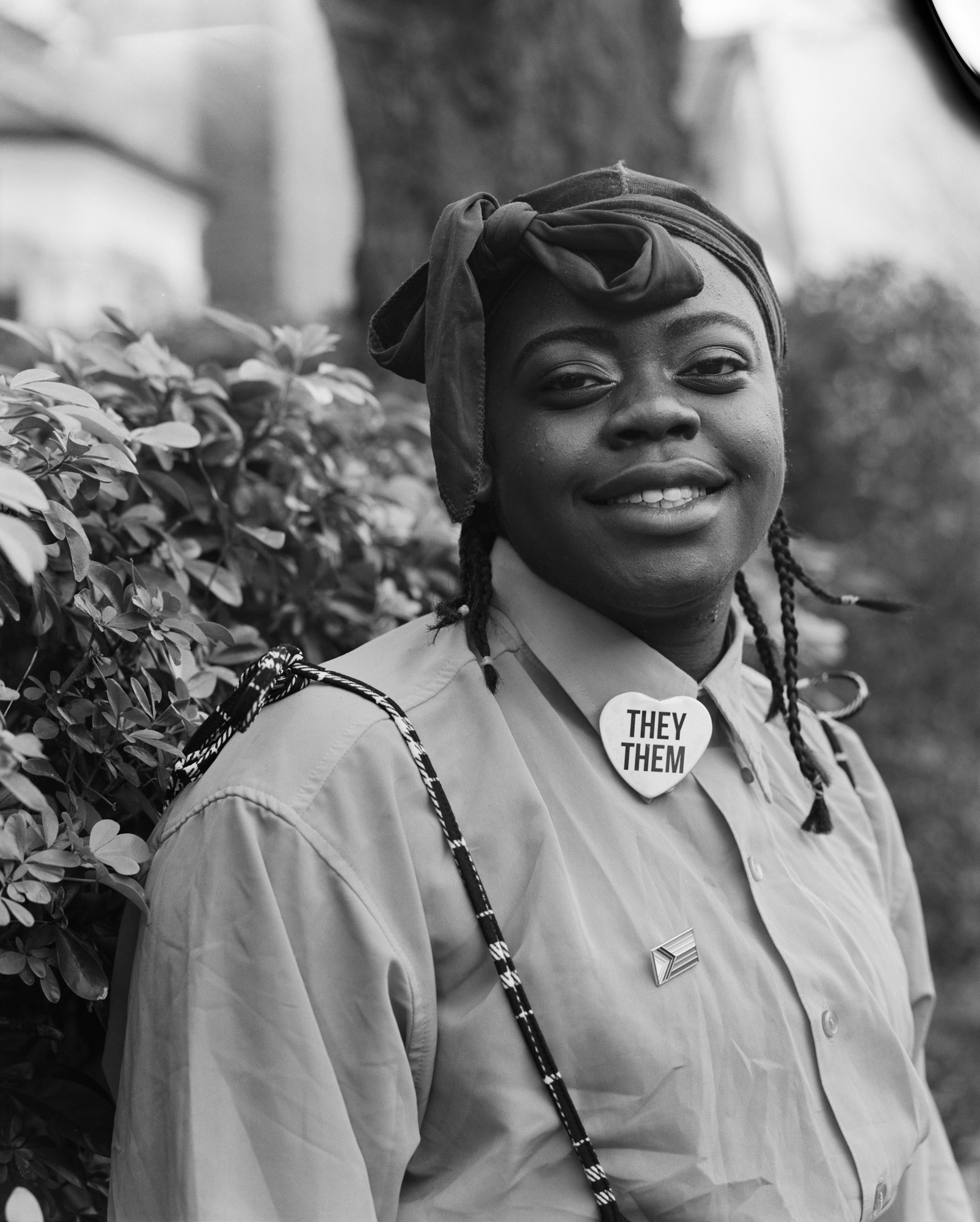 All your subjects appear very naturalistic in the photos, how were you able to capture them in such candid natural poses?

I seriously don't think I do anything in particular. I usually talk with my models during the whole process. But I’m not particularly eager to give too many directions, I see my shoots as a collaboration, and I like to see and hear what they have to say. I would maybe choose a spot and ask them to stand there, but that is the most I would do. 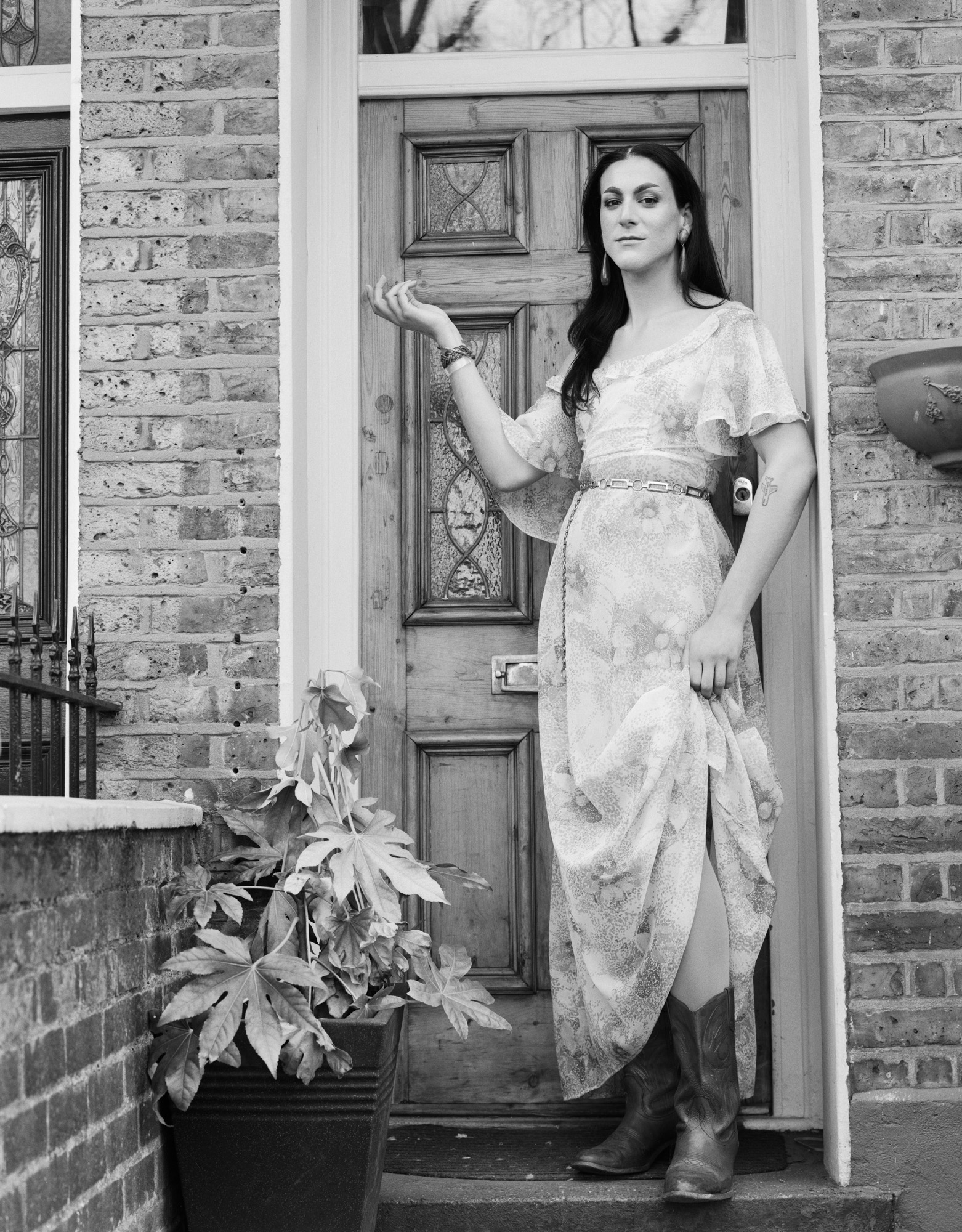 Did you ask your subjects to dress or style themselves in any specific ways?

At the beginning of the project, I told people to wear their usual lockdown outfits. But very soon after the first shoots, I stopped saying that, and I asked them to wear whatever they wish.

When we are part of a marginalised community, we already have too many entities telling us what we should or should not do with our appearance, so I don't want my photography to add extra control over people's bodies. 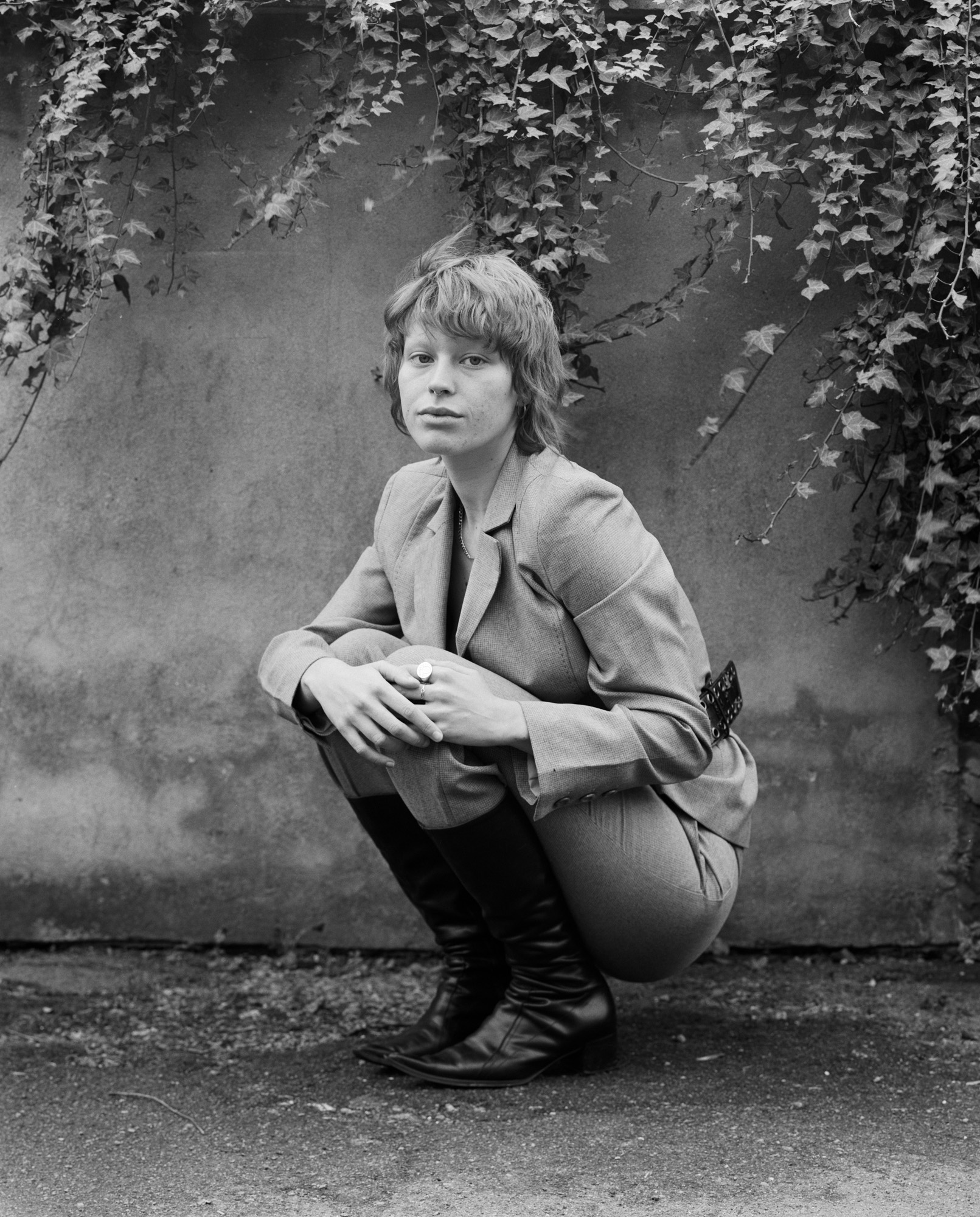 Had you originally planned to document 45 people or did the project grow as you worked on it?

I didn't have a target number of people in mind, the target I had was just in terms of time. I started this series at the beginning of the winter lockdown, and I decided to stop it on April 12th because it was an important day where the government chose to lift many restrictions. 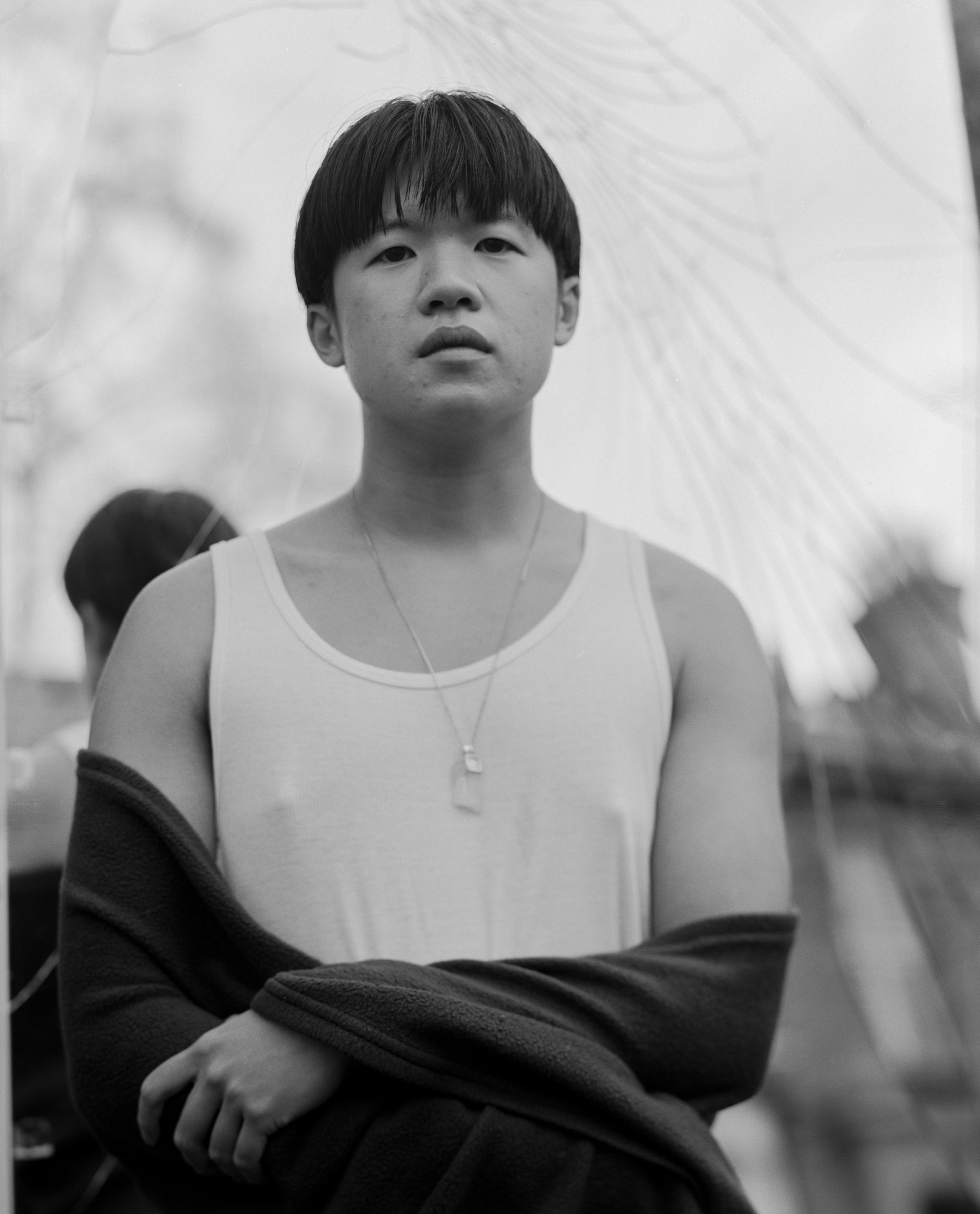 What do you hope those that come across your series will take away from it?

I hope people will see how beautiful, strong, kind and powerful trans people are. 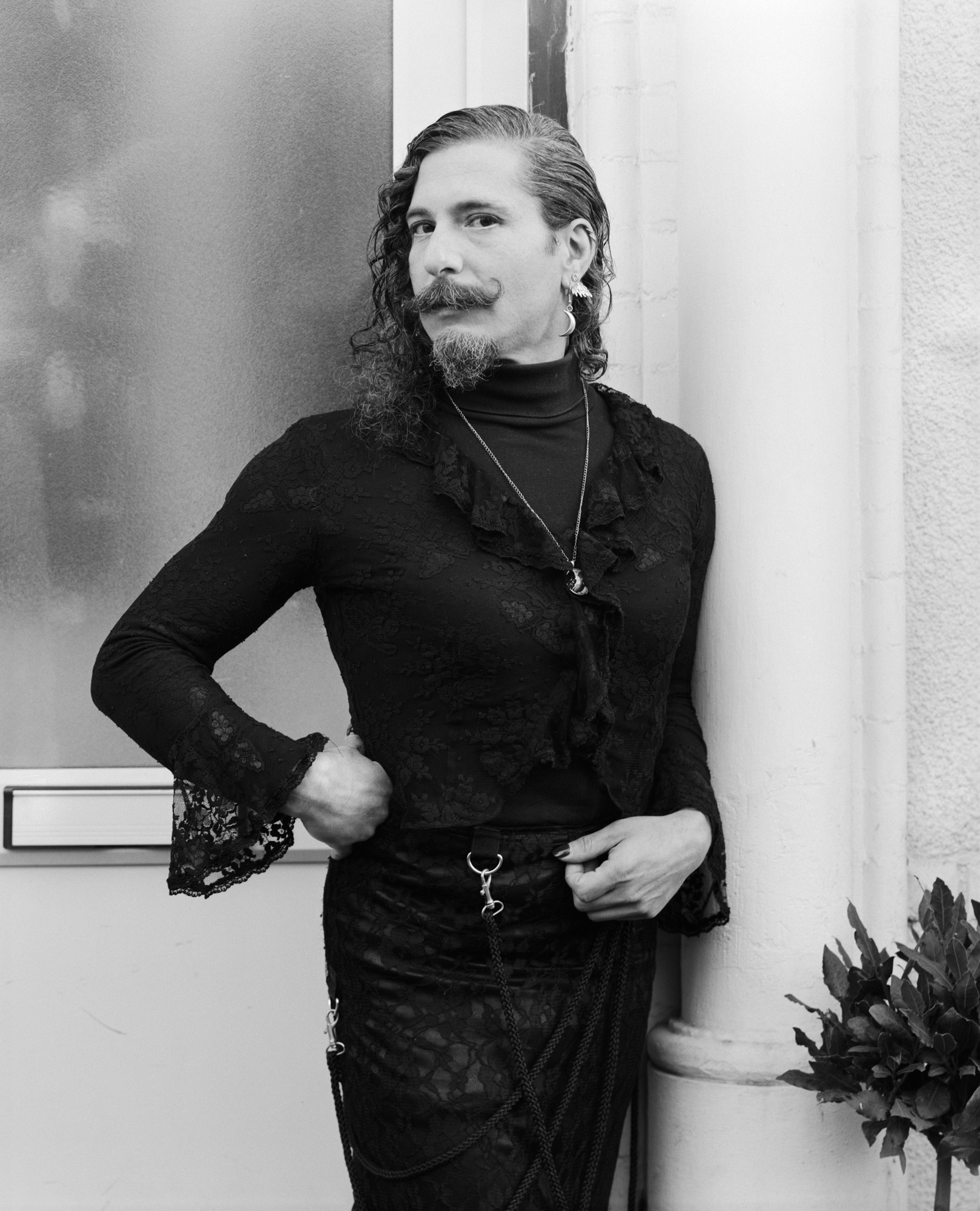 Do you plan to continue the project or has it inspired any future bodies of work?

I'm self-publishing a limited edition book with the series that I will present on the 14th of July at Cromwell Place for my final degree show. I will also show the series in some online shows and festivals like Paris Photo as part of the Carte Blanche award.

I am also working on preparing my next series, which will be more significant as I intend to work on this new project for more than a year. It will also be about Trans and Non-Binary experiences but on a different topic. 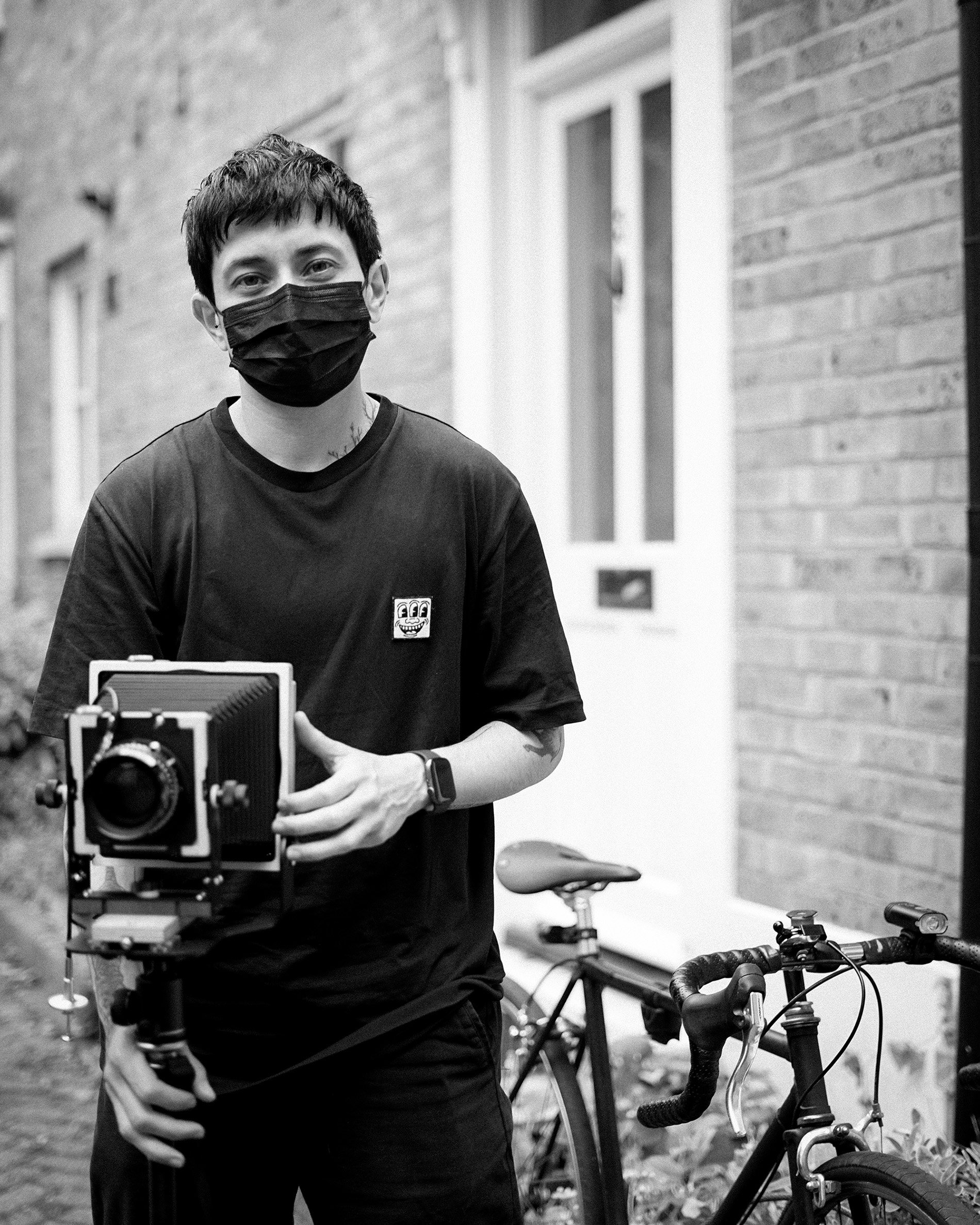