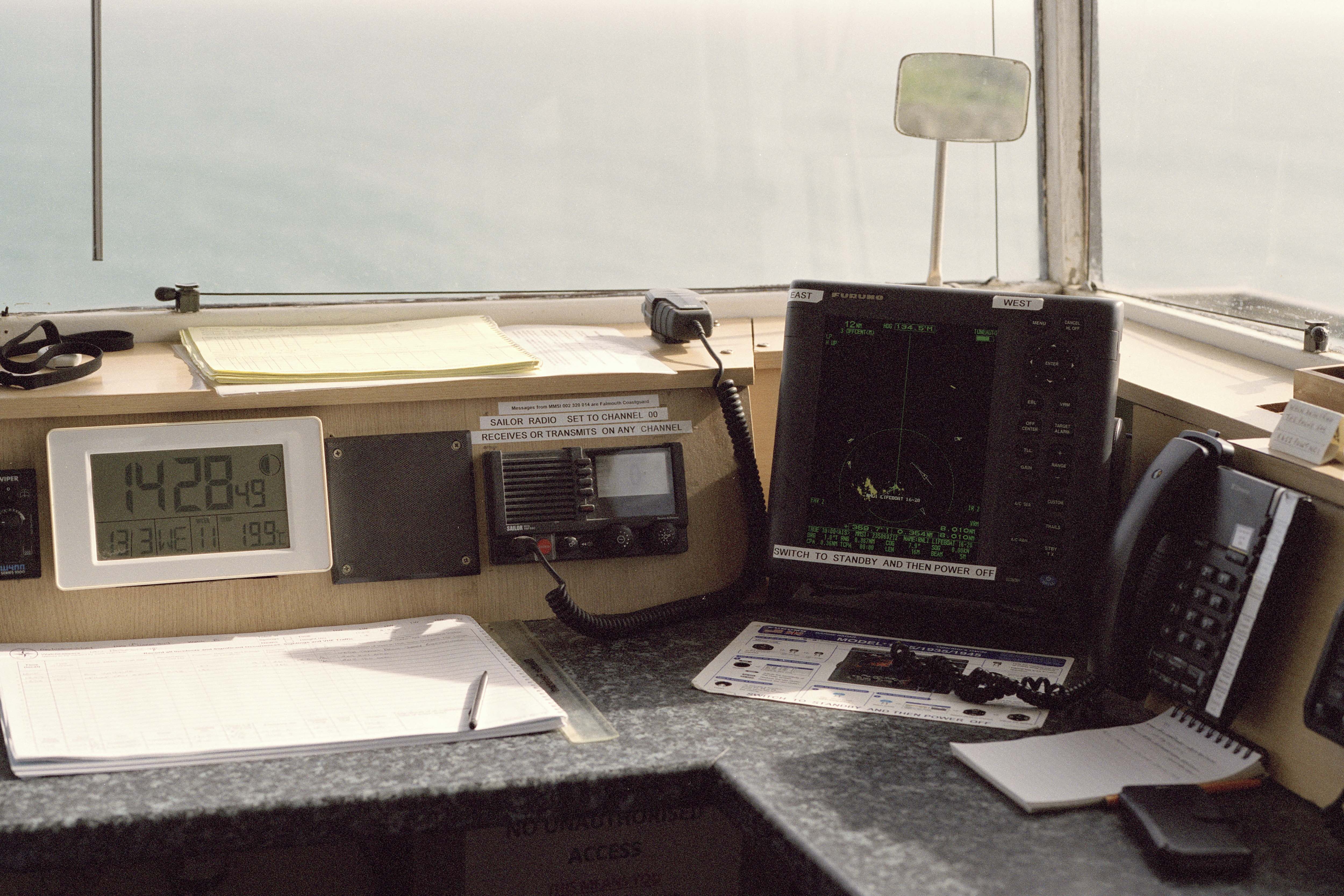 What brought you to shooting 4x5 film and why do you favour it over other formats?

I have been shooting, developing and printing my own film in 35mm and medium format for a few years now. It wasn’t until last year when I started at university, where I have access to a massive range of cameras, that I started shooting large format. I’m a massive gear head and love the technical side of photography; my interest in large format started as a desire to learn about these new types of cameras that I had never had access to before. I spent weeks reading about camera movements, learning how to meter using the zone system, understanding large format focal lengths, and experimenting with the limited emulsions available in 4x5.

What I like most about using 4x5 is the slow, methodical process you need to have to make the most of the immense resolution and control that you have with 4x5. I have, on occasion, set up, composed, focused, metered and taken a shot in 2 minutes flat but it’s the images where you can step back and really contemplate about how each element affects the image that makes large format so rewarding.

I also love how a large wooden camera makes people come up to you and chat, it relaxes your subject and creates a conversation topic. With a DSLR pointed at your subjects face they become intimidated and freeze up, a large format camera has the opposite effect. Walking them through what you’re doing gains you respect as a photographer not just someone who merely pushes a button. 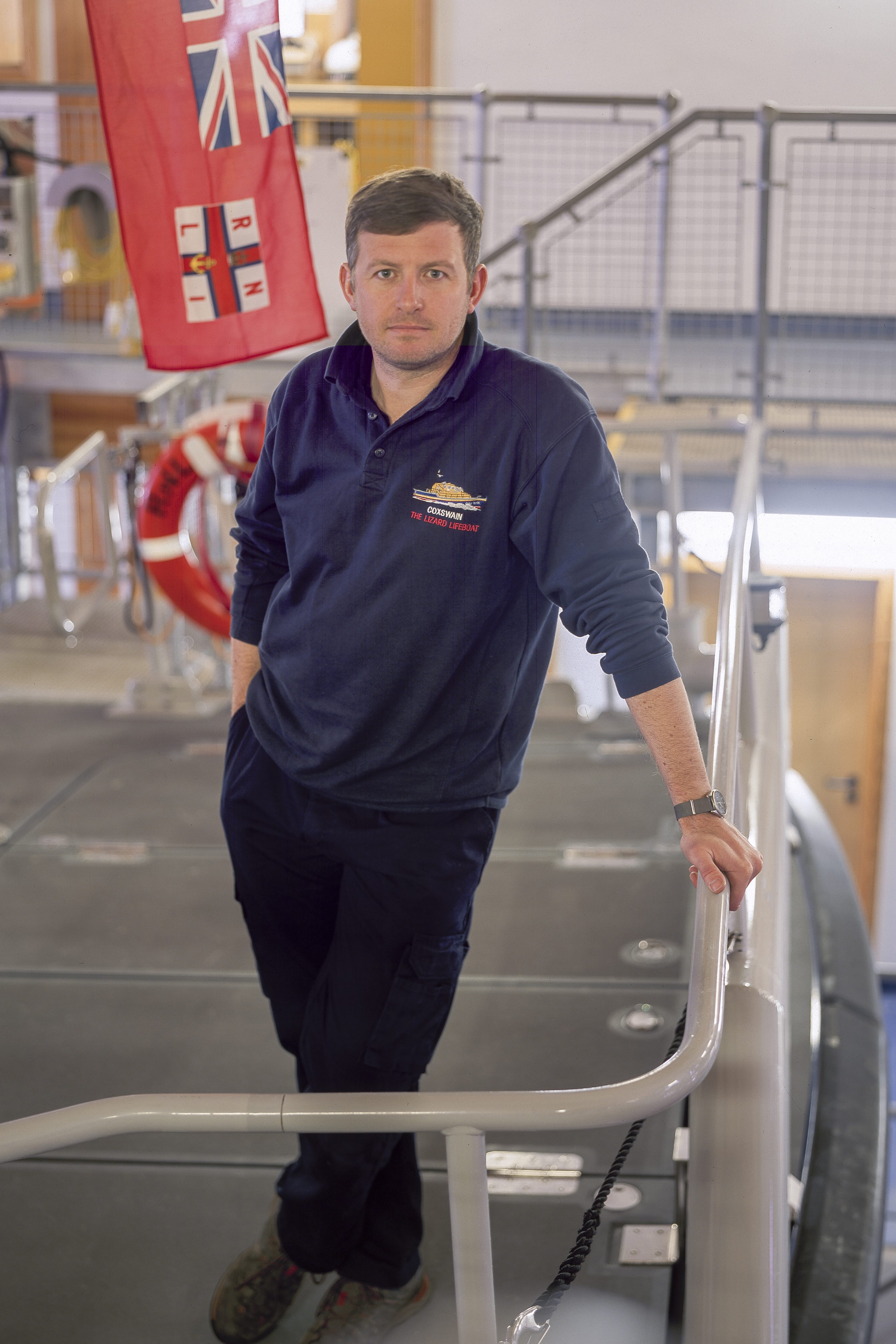 Could you give us some background to your project documenting the Lizard Point RNLI and coastguard? What was your inspiration or motive behind it?

The majority of photographs I take are of beautiful vistas, the sort of thing that you would glance at on a postcard or calendar then forget about. I wanted to start a project that would get me out of this rut and of my comfort zone as a photographer. I wanted to take images which showed narrative and character. I spent some time researching different photographers. I admire Richard Bevan’s environmental portraits, especially his posing of the subjects in a resting position with deadpan face. His work heavily influenced me during this project.

Finding the right subject matter took a long time, I wanted to photograph people who are often overlooked or taken for granted. The RNLI are all volunteers and their heroic work goes mostly unnoticed. I’m an avid scuba diver and have just started marine photography, I enjoy paddle boarding and kayaking, living in Cornwall I inevitably spend a lot of time in and around the water. I admire and respect the work of the RNLI and it only seemed right to get to know the guys who help people just like me and at the same time try and spread awareness of their work. 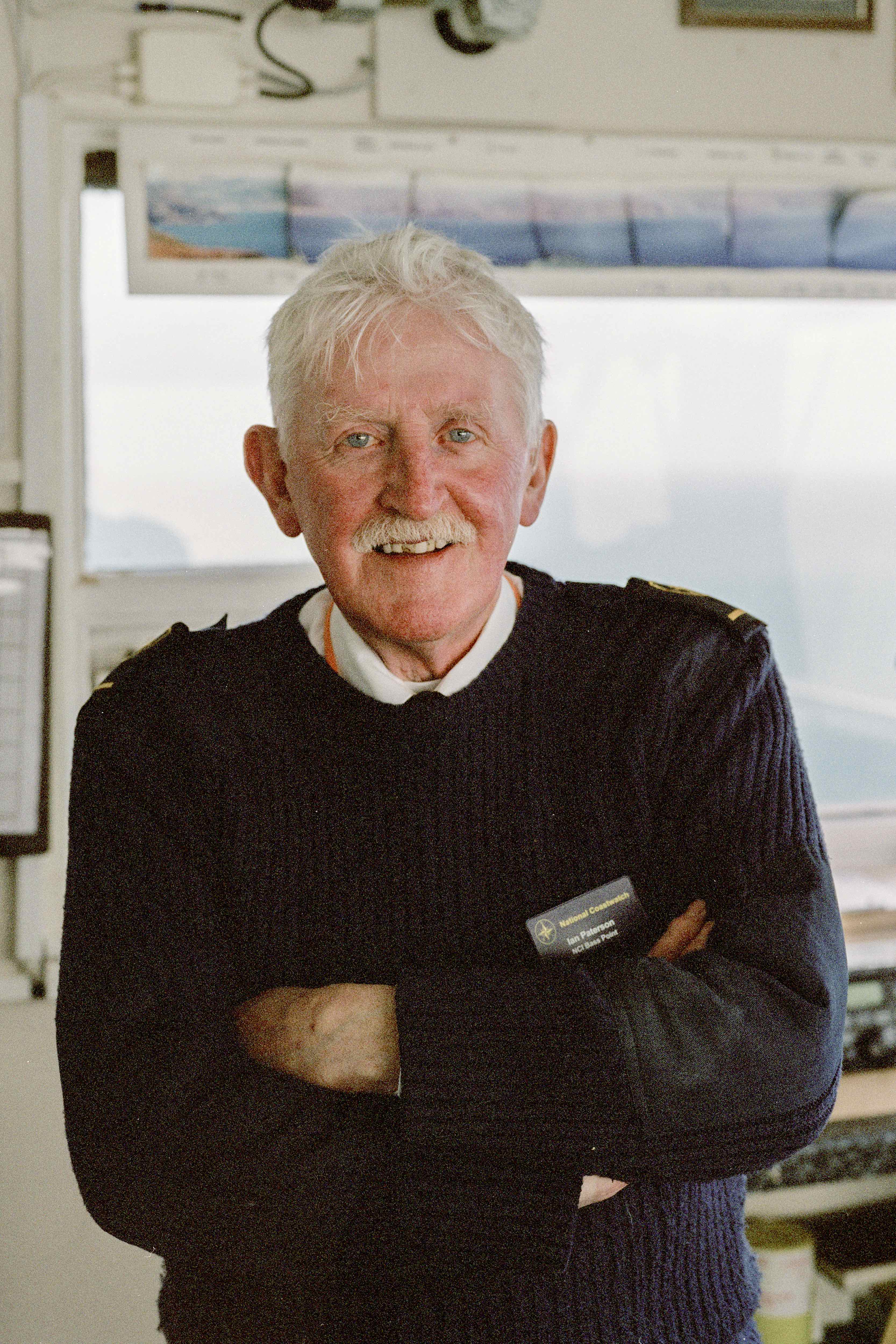 The best documentary photography has a very genuine and natural feel to it, simply capturing a snippet of life. This series definitely does that. What do you hope people will take away from it?

The work that the RNLI do is heroic, they’re among the bravest people in our society, risking their lives every day not because they’re being paid but because they want to help others. We take them for granted and expect therm when you’re in a time of need. If everyone tried to be a little more like the brave people at the RNLI then I think the world would be a much better place. 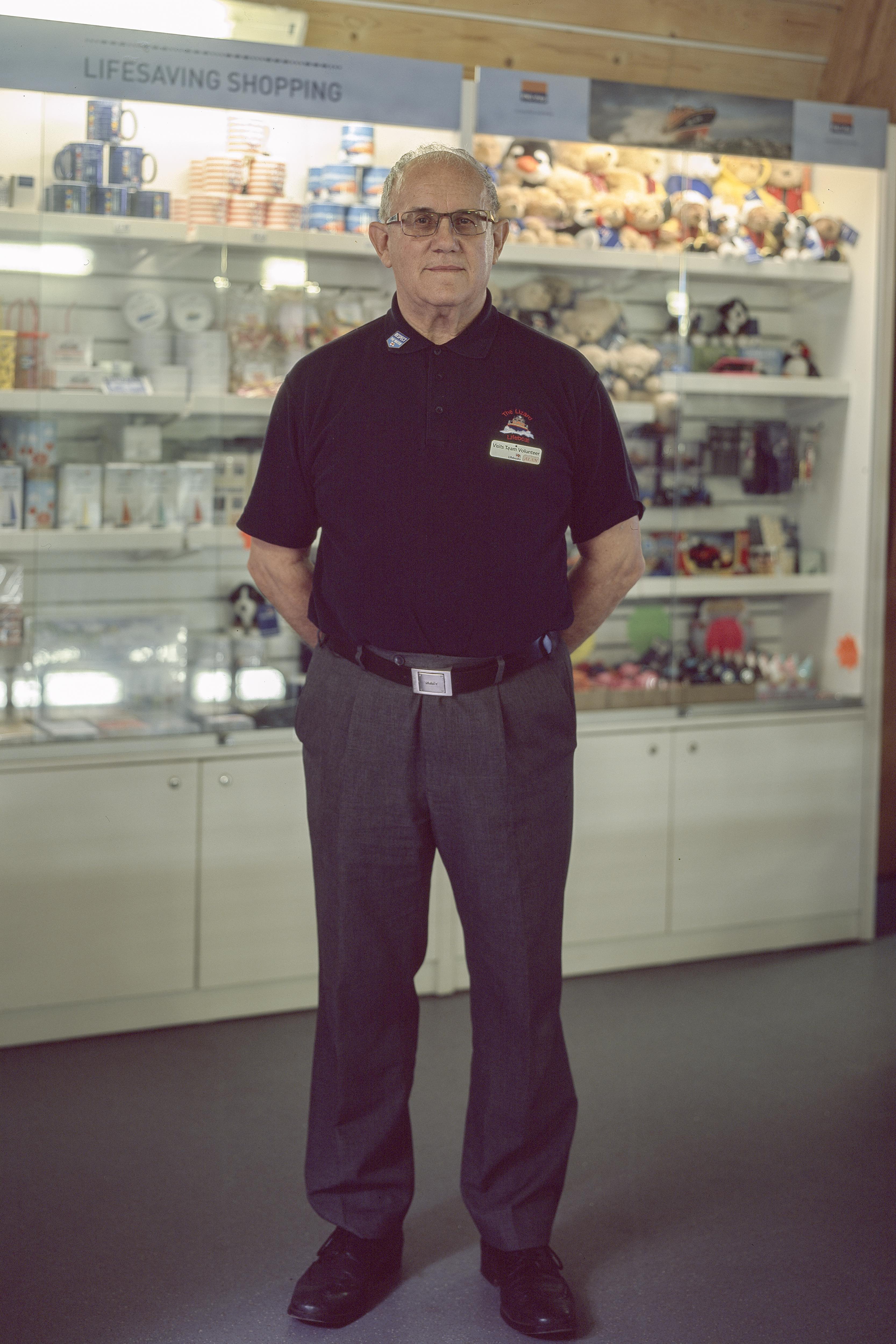 When shooting portraits like these what is your approach? Do you take time to get to know subjects first or try and remain observational?

You’ll normally find me taking images on a remote cliff in Cornwall or up a mountain in the Brecon Beacons as far away from people as I can possibly be. I get very anxious talking to people I don’t know so starting a portrait / documentary project was a big personal challenge for me. I visited the life boat station multiple times before even thinking about taking my camera with me. The first time I went I didn’t talk to anyone, I just wandered around observing what was going on. On my second visit I summoned the courage to talk to Alan, the visitor centre team leader. He’s a very friendly person and before I knew we’d been chatting for a solid twenty minutes, learning about the stations history and the people who work there. It was my third visit when I met the coxswain Ian and the mechanic Andrew and spent two hours chatting with them before I got out my camera for the first time. Most people freeze up if you just shove a camera in their face, so this allowed me to get to know their personality better as well as letting them get used to me.

In documentary photography you have less creative licence than you would with fashion photography for example. I didn’t want to portray the crew working at the station as something they’re not just because it would make a better photograph. Although the images are posed, and the subject is clearly aware they’re being photographed, I feel the images are still a true representation of their personality and the environment they’re in. It’s important to me that you try to stay observational, rather than create a false reality. 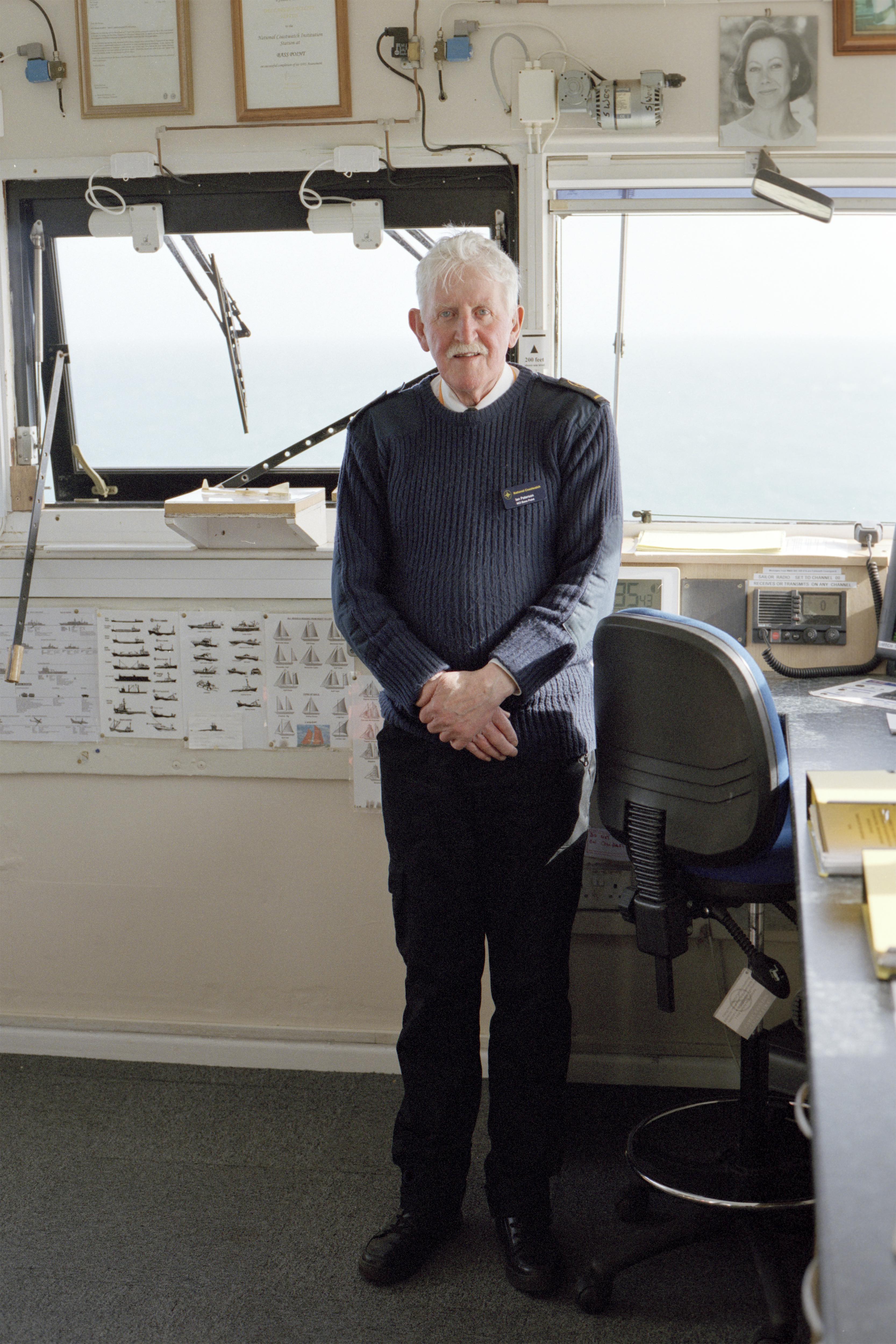 What advice would you give to photographers looking to make the jump from medium format or 35mm to large format?

If you can shoot on a fully manual 35mm camera like a Pentax K1000 or a manual medium format camera like a Hasselblad 500CM then you can shoot on large format. When I first started, I made the mistake of thinking every image needed some sort of movements (the majority of your images won’t need any movements). When you’re just beginning, I’d suggest you ignore movements and just square the camera up before shooting. If you can find someone who knows how to shoot large format already then ask them to show you in person how everything works from film loading to cocking the shutter and setting apertures. It’s always a lot easier to understand when someone is showing you physically. If you don’t know anyone, then YouTube has plenty of excellent videos explaining how to use an LF camera. Fiddle around at home practicing shots before going out and using it in the field. I’d recommend picking up some cheap Fomapan film to start with as you’ll get about twice as many sheets of film for the same price as HP5 and four times as much film as any colour film stocks. Most importantly though, just have fun and learn from your mistakes. 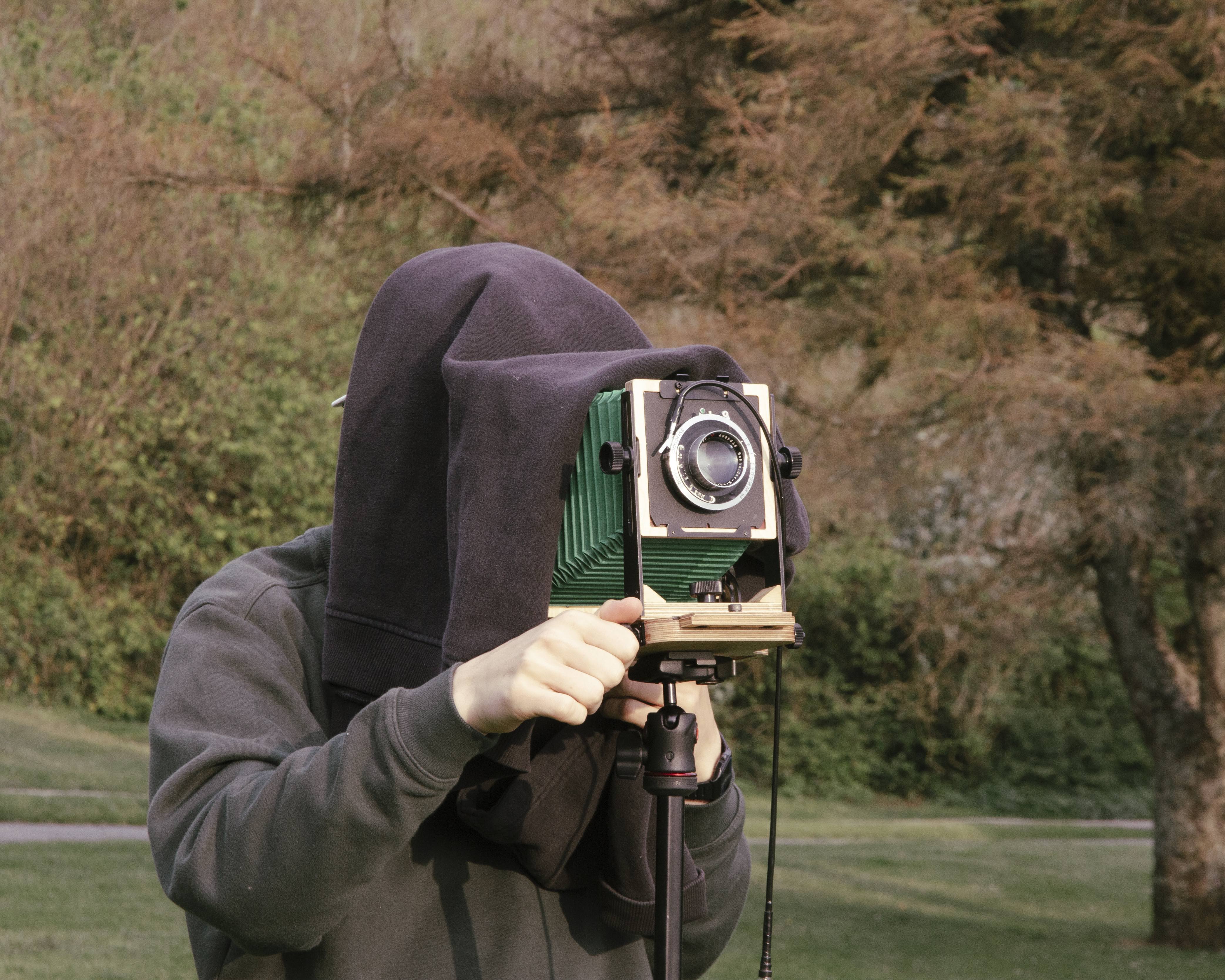 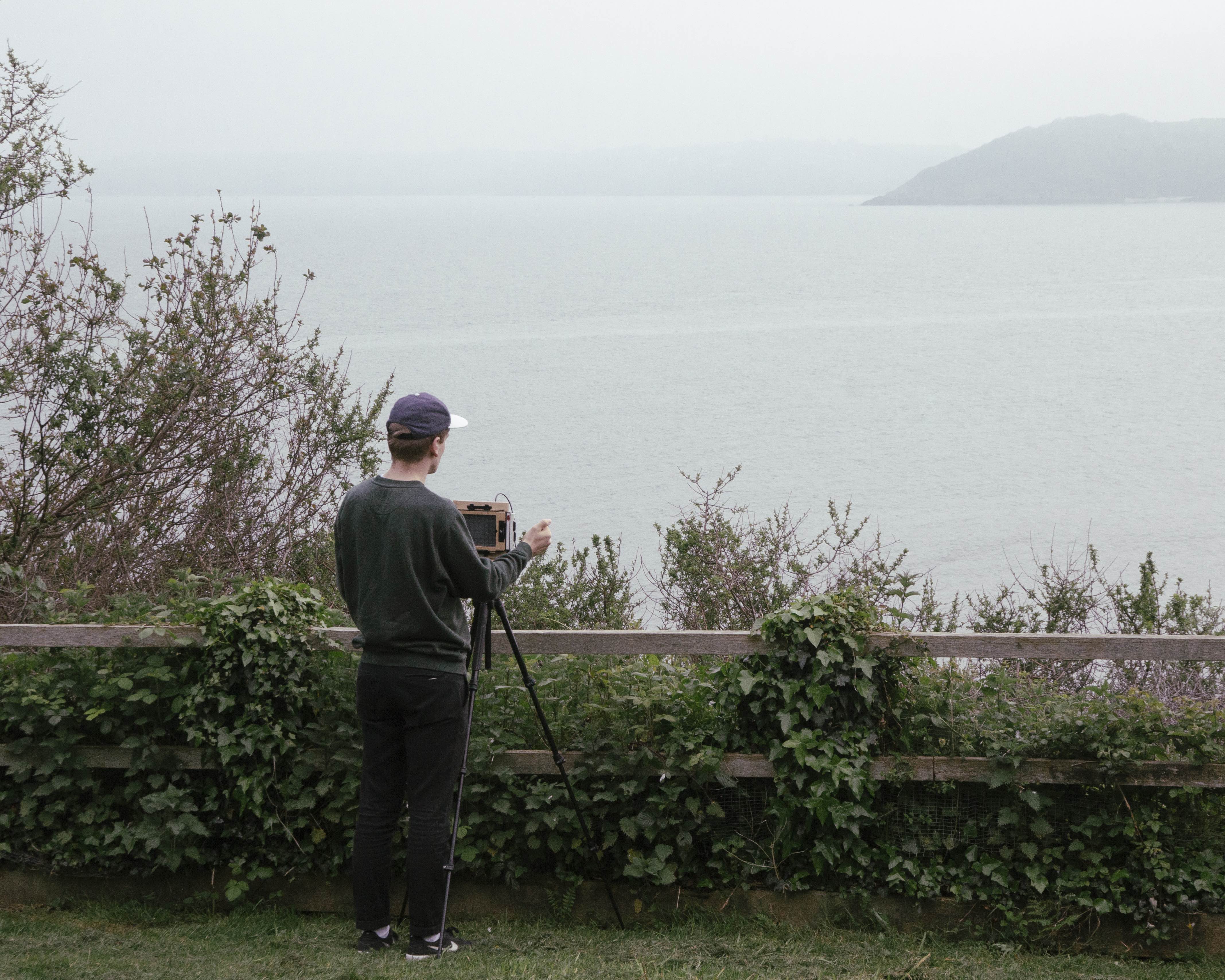 You can see more of Jay's work on his Instagram.