I took my first large format film photograph only three years ago as a photography student at the University of Creative Arts in Farnham. I borrowed an MPP field camera from the equipment stores for a landscape and environment project I was working on about the transitory den fields children make and destroy in Alice Holt forest. It takes endeavour to make a single shot with a 5x4 film camera compared to a digital camera of course, but the slow, calm and methodical process and relatively small number of shots you take is one of the reasons I think I have become a bit obsessed with it - it is the antithesis of my daily life as a photographer and mother of three which is neither slow, nor calm, and is digitally saturated! I have had my Intrepid 5x4 for about a year. It is much lighter and therefore more portable than some of the vintage cameras and great for shooting on location, which makes up the large majority of my work. 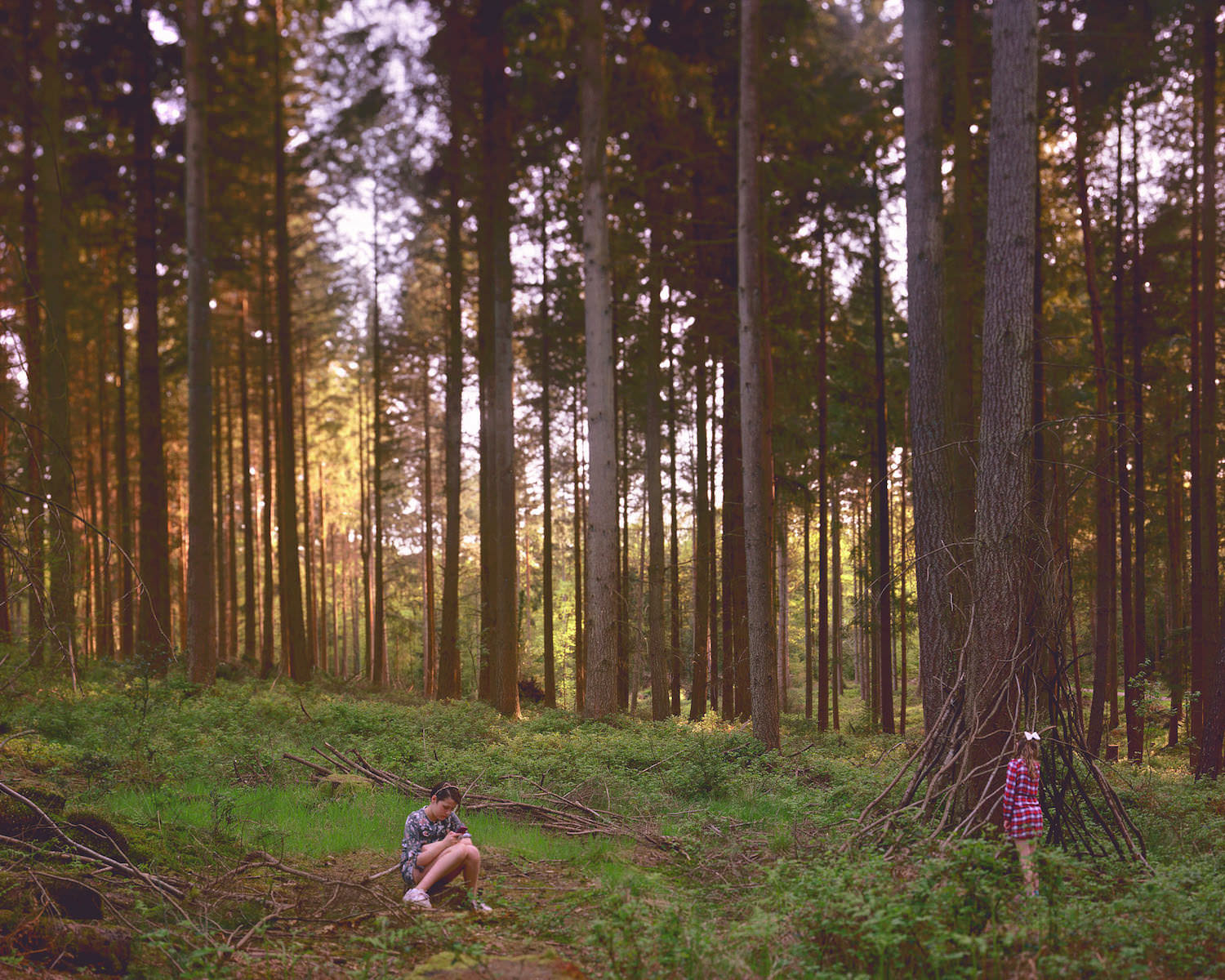 Could you tell us about your ongoing project 'The Outsiders' and what the motive behind it was?

Growing up my garden had woods - not big ones but big enough. When we needed more adventure my sister’s and I went to Frensham Common, a short walk from our home where there was a pond surrounded by heathland and a woodland of Scots pines and vast oaks. In summer we would search for baby frogs on the edges of the path and scale our favourite climbing tree, in winter we would skate on the frozen pond after school. On my 18th birthday, my friends and I wove our way through the dark woods at night, made a fire, and swam from one side of the pond to the other.

My children now live on the edge of a forest not far from where I grew up. They spend time outside in nature of course, but they spend more time populating the virtual world. If their friends come over we always go for a walk in the forest, which is when I started photographing them, but if left to their own devices, more often that not, they will sit for hours in front of video games or youtube. 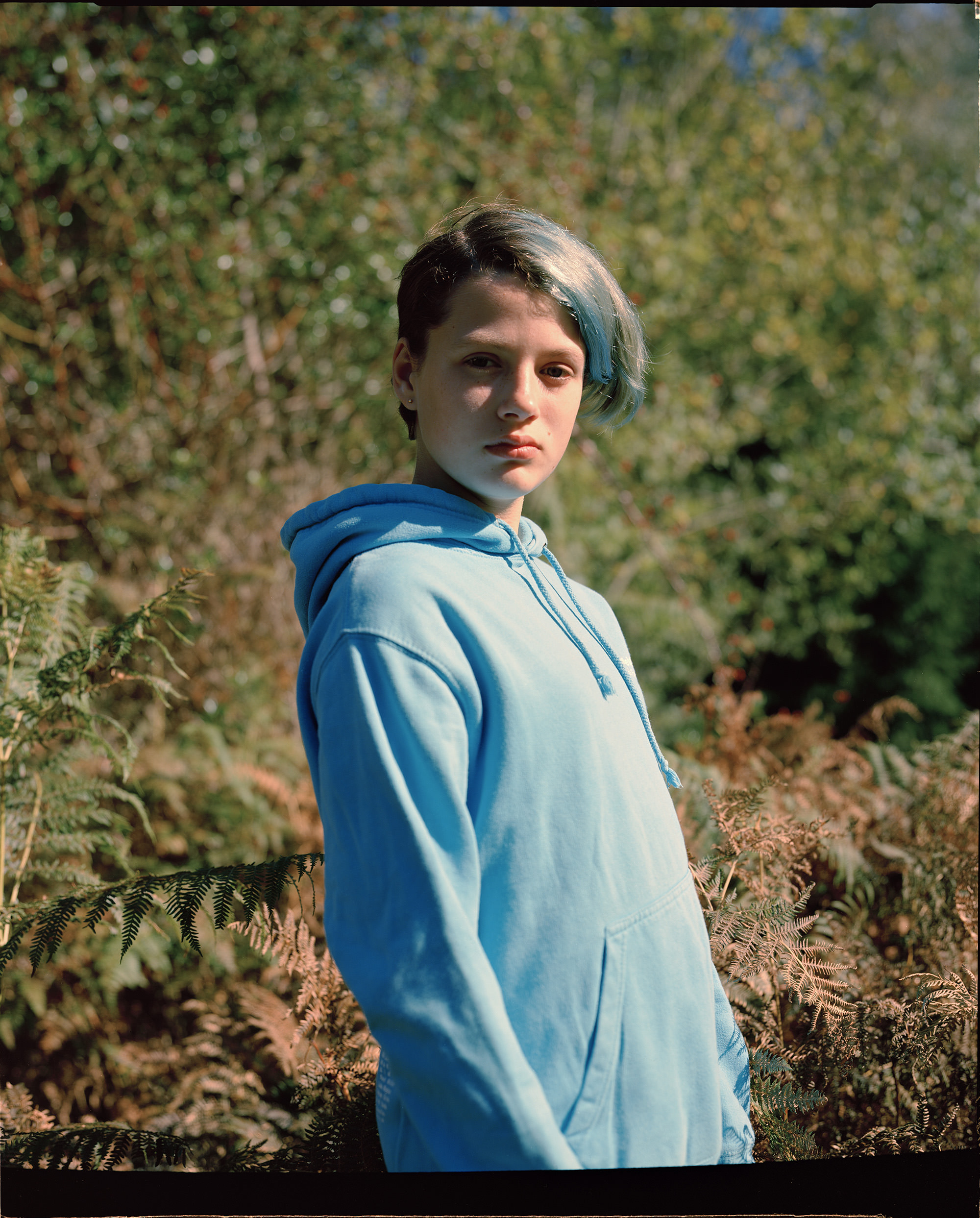 Noticing the quite different childhoods myself and my children are living despite growing up in an almost identical rural environment; and against a backdrop of negative statistics like one study that claims children today can name more Pokemon characters than flora and fauna in their local environment; and accusations that our children are suffering from ‘nature deficit disorder’; I wanted to make work about i-generation children’s relationship with nature, who face the dual challenge of how to stay connected and grounded at the same time.

Are the subjects in the series children you know personally and do the locations hold personal significance to you?

Most of the children in the pictures are my children and their friends. The locations are forests and woods near where we live, which also happens to be where I grew up. My childhood home was located on the edge of Frensham Common. My children’s is on the edge of Alice Holt Forest, just down the road. The locations may be similar but the cultural landscape and relationship to nature between these two generations feels very different. 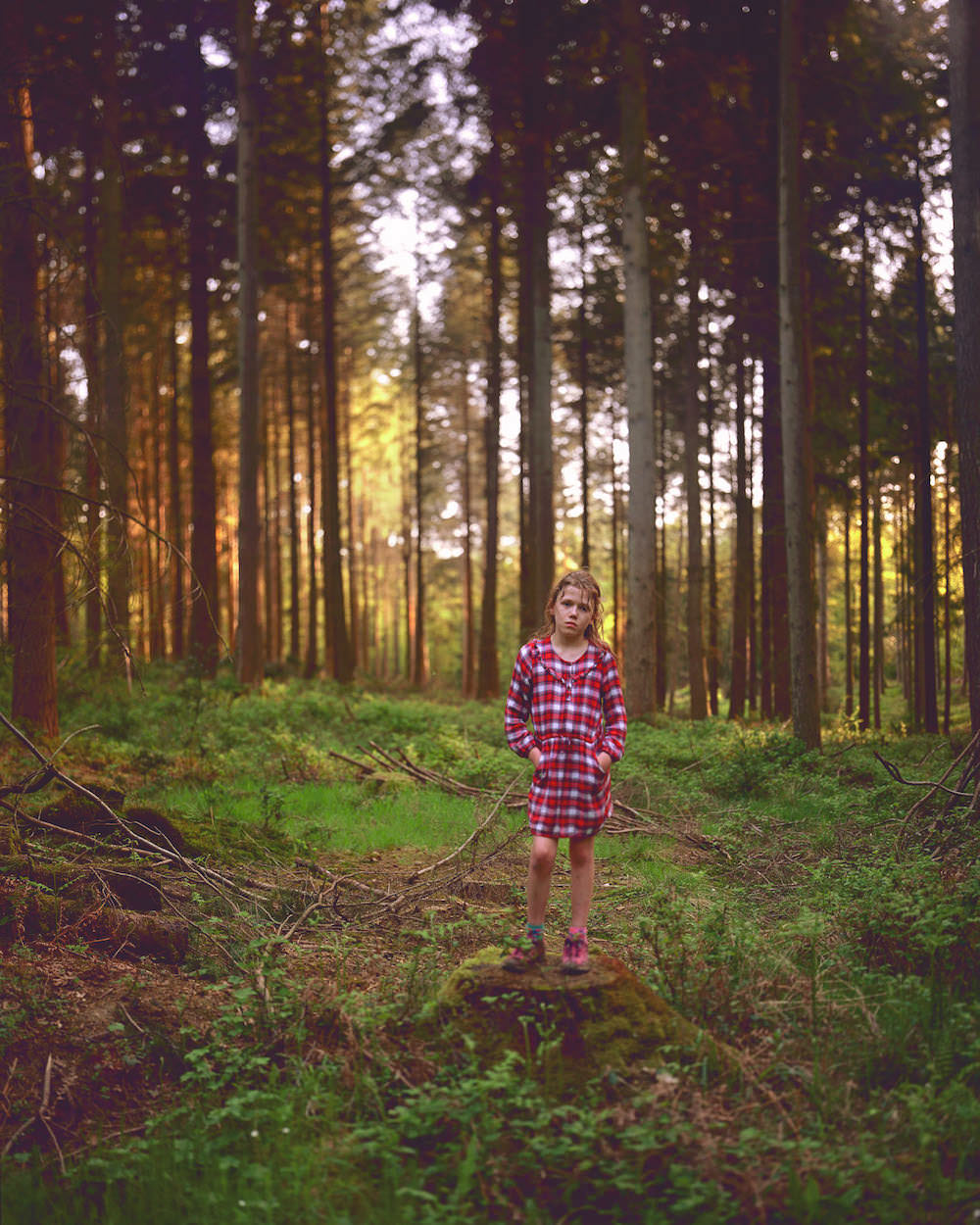 Much of your work for this series is on paper negatives, could you explain how you shoot and develop them for those that don’t know?

I have spent a lot of time recently experimenting with paper negatives - a much cheaper alternative than film and so a great way to get to grips with your 5x4 camera without breaking the bank!  What I have found is that you can take some really atmospheric shots this way but you do need to persevere as it is unlikely to be successful every time, especially if you are shooting people because of the necessary slow exposure times - I am shooting Ilford Multigrade which I have been metering at ISO3.

Most of my work is shot on location and in darker conditions so the exposure times have been upwards of two or more seconds.  As many of my photographs are portraits, and most of children, I have had to add multiple flashes to achieve acceptable sharpness and there is still some movement noticeable in a few of the images.  For the project I am working on at the moment a perfectly sharp shot is not necessarily the ultimate goal - paper negative prints are rougher round the edges than film prints, which is part of the appeal. Paper negatives can be very contrasty so I have experimented with filters when shooting and different strength developer when processing to try to combat this. I also pre-flash my paper in the darkroom before printing which helps too. The other limitation is print size. I have been making contact prints in the darkroom, enlarging them means another quite marked loss of sharpness.  However scanning can also work well and can mean enlarging is much more possible. Although alternatively you could just shoot with an 10x8 camera!

What other processes or formats do you use or have you experimented with?

I shoot all film formats from polaroid to 10x8 and really only use my digital camera for commercial work or family snapshots. I have experimented with some emulsions lifts lately (the process of removing the emulsion layer from instant film and transferring it to another surface), and recently I completed a workshop on wet plate so maybe I will do some experimenting with that in the future. Many of the photos have a somewhat surreal feel is this something you intentionally try to create?

The blurring via camera movements was an intentional experimentation but the light leak in the image below, was a result of a happy accident - one light leak lead to intentional light leeks and experimentation shooting into the sun to create a fantasy, romantic, nostalgic view of children in nature.  Whether or not these photos will form part of my final project I am not sure yet.  I am continuing to experiment with the camera’s movements as I think they create an uneasy atmosphere which speaks of the uneasy relationship children these days have with the natural environment. You can see more of Corinne's work on her website.