Large format photography has always had a pull on me ever since I had my first experience of a Horseman Monorail whilst at university, we were shooting portraits of each other getting a feel for the camera and the process involved with shooting 5x4. I was hooked, every week I would take out one of the Toyo’s from the university camera store and shoot some sheets. Heading out on skate trips shooting friends and just generally slowing down the pace through using the 5x4 rather than digital and medium format which felt quite instantaneous at times. The slower process and thinking about an image before taking it lead me to create work that really resonated with me and showed more of the personality within those closest to me, with the sitter required to remain still whilst the camera is focused and the shot set up. Followed by the huge anti climax of the little click after what feels like an age of setting the shot up. Upon leaving university I was fortunate enough to start freelancing right away, sadly this meant I had to turn my back on film. I think of it as more of a hiatus, while I was busy investing in all the kit required to be working as a commercial photographer. I still had my trusty Olympus MJU and shot film where I could, mainly for myself. Large format always had a pull which never went away, I’d been shooting commercially for a number of years and wanted to get back to making work purely for myself rather than a clients brief. A friend pointed me towards Intrepid, a relatively inexpensive camera in the grand scheme of large format. Soon enough I was set up with a MK2, a beautiful Fujinon 210mm lens and some film holders. 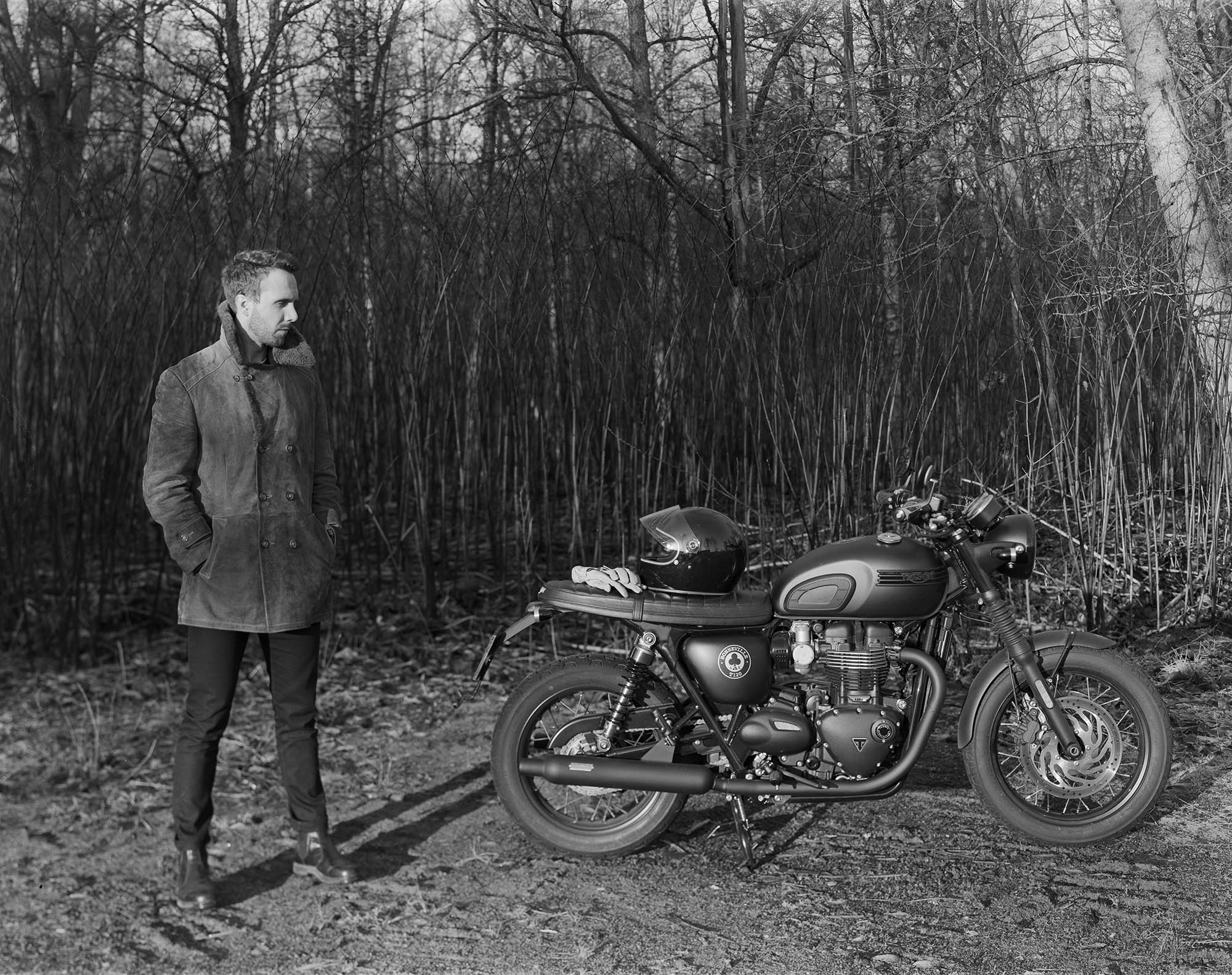 Initially I was just shooting portraits and micro projects with friends, getting a feel for the camera and blowing out some of the 5x4 cobwebs (so to speak). I soon built a portfolio of portrait images shot on 5x4 Portra 400 and Ilford HP5, this coincided with a move from the UK to Sweden. Something that career wise was a bit of a sink or swim moment, not deterred I decided to adapt and incorporate some of my 5x4 portraits into my commercial portfolio. After some positive conversations with new clients I thought to myself, why not shoot some 5x4 alongside the digital. Working in the studio and having all day is a luxury in the commercial world so I thought I’d make the most of it and challenge myself by shooting just a few sheets of 5x4, I figured worst case we can just use the digital shots. Chris in the studio with Julia Undén Wiberg

In the studio I use Pocketwizard triggers to fire the flashes, they handily come with a range of cables allowing me to connect a trigger to the Intrepid 5x4. I like to keep my lighting setups fairly simple with a key light and then a fill for the shadows, sometimes I’ll add a rim light depending on the situation. My retouching style largely reflects my images shot on film so overall nothing really changes by shooting film in the studio, the only key difference was turning the flashes up as often I need to shoot stopped down a little to ensure everything is sharp. I’ve found F11 is the sweet spot, still allowing for that shallow DOF and bokeh that only large format offers but meaning the entire face of a subject remains sharp. 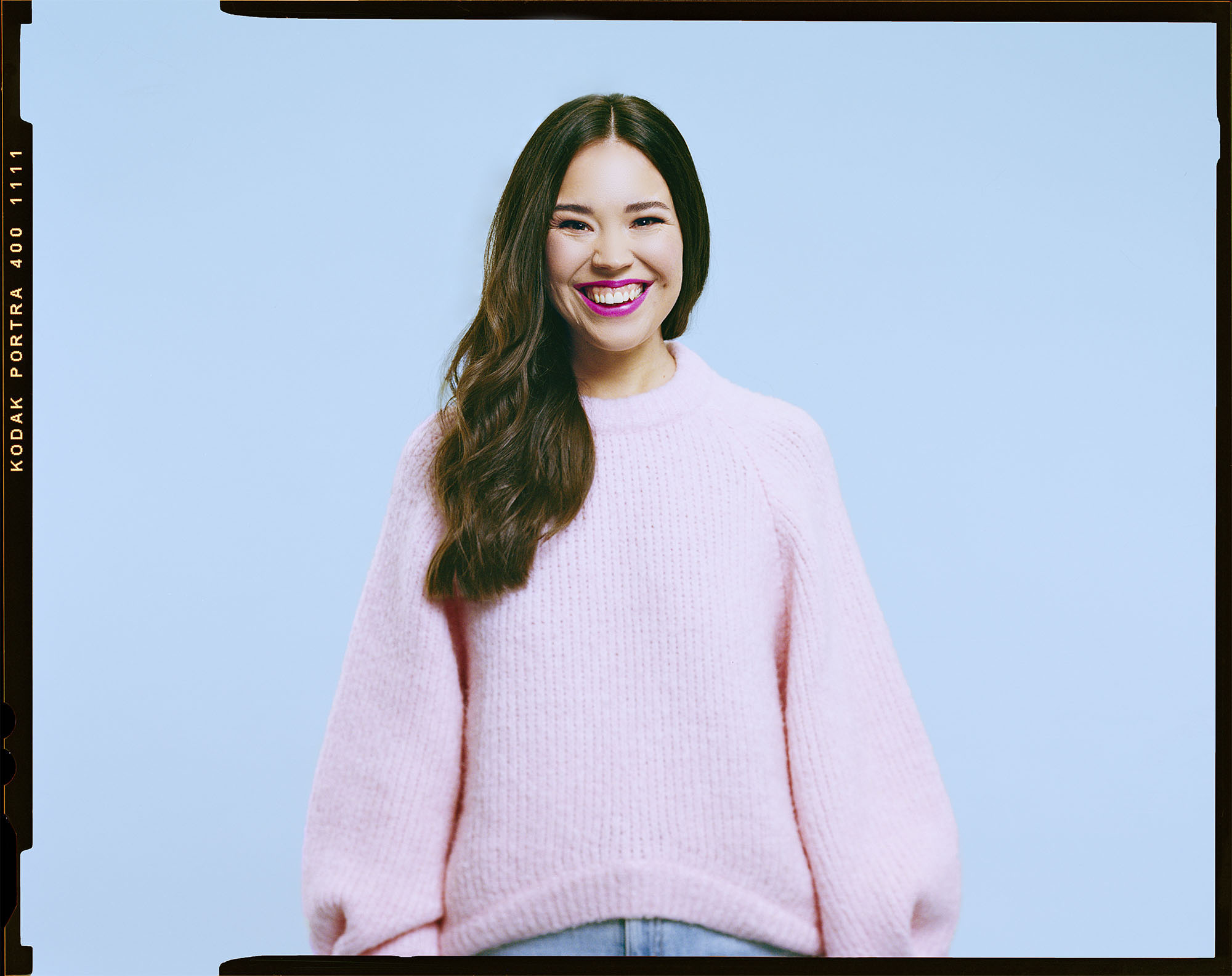 Bringing out the 5x4 for the first time was a daunting experience when you have talent in front of you, I’ve found people are more often than not, very curious. Most people haven’t seen a large format camera so cue the comparisons with old victorian period dramas and jokes about ‘the cape’, but their interest more often than not leads to extended patience whilst you fumble around setting up. Thankfully I usually have an assistant on hand to help out, speeding up the process some what. Talking to other photographers I occasionally get the impression that it’s taken as a cliche when large format photographers say to others the results are different, subjects act differently and you get more natural representations of them as a subject. In the land of digital we have all become used to hundreds of shots being fired off and uploaded online, personally I know that I feel a little cagey about the thought of where some images might end up. Large format is different, you’re limited to the amount of shots you can take and it is an investment in the image. Factoring in the cost of the film, processing and then scanning. You don’t just turn up and fire off a box of 10 sheets and go home, each shot is considered and composed. 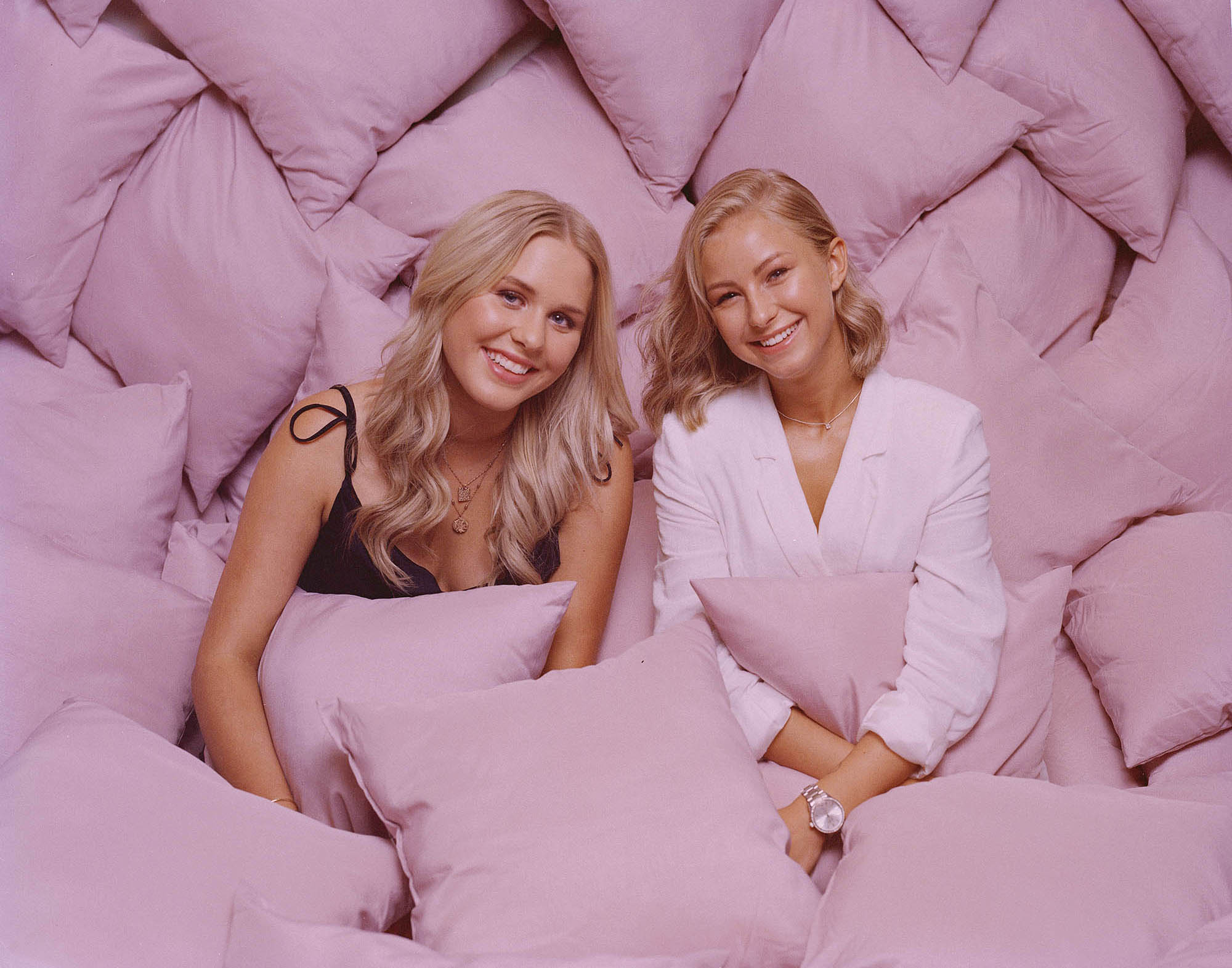 Shooting 5x4 in a commercial situation really does add an extra element to a shoot, the change of pace when compared to shooting digital tethered to the laptop, creates new opportunities. I now bring my Intrepid MK4 to nearly every shoot both in the studio and on location, using at every available opportunity. It’s a great addition to my arsenal and always becomes a talking point during a shoot, more often than not the shots captured on 5x4 make the cut of the final edit as well. I recently had a shot featured on a billboard that was shot using 5x4 and my Intrepid, thankfully image quality doesn’t come into the question when blowing a 5x4 negative up to large proportions! 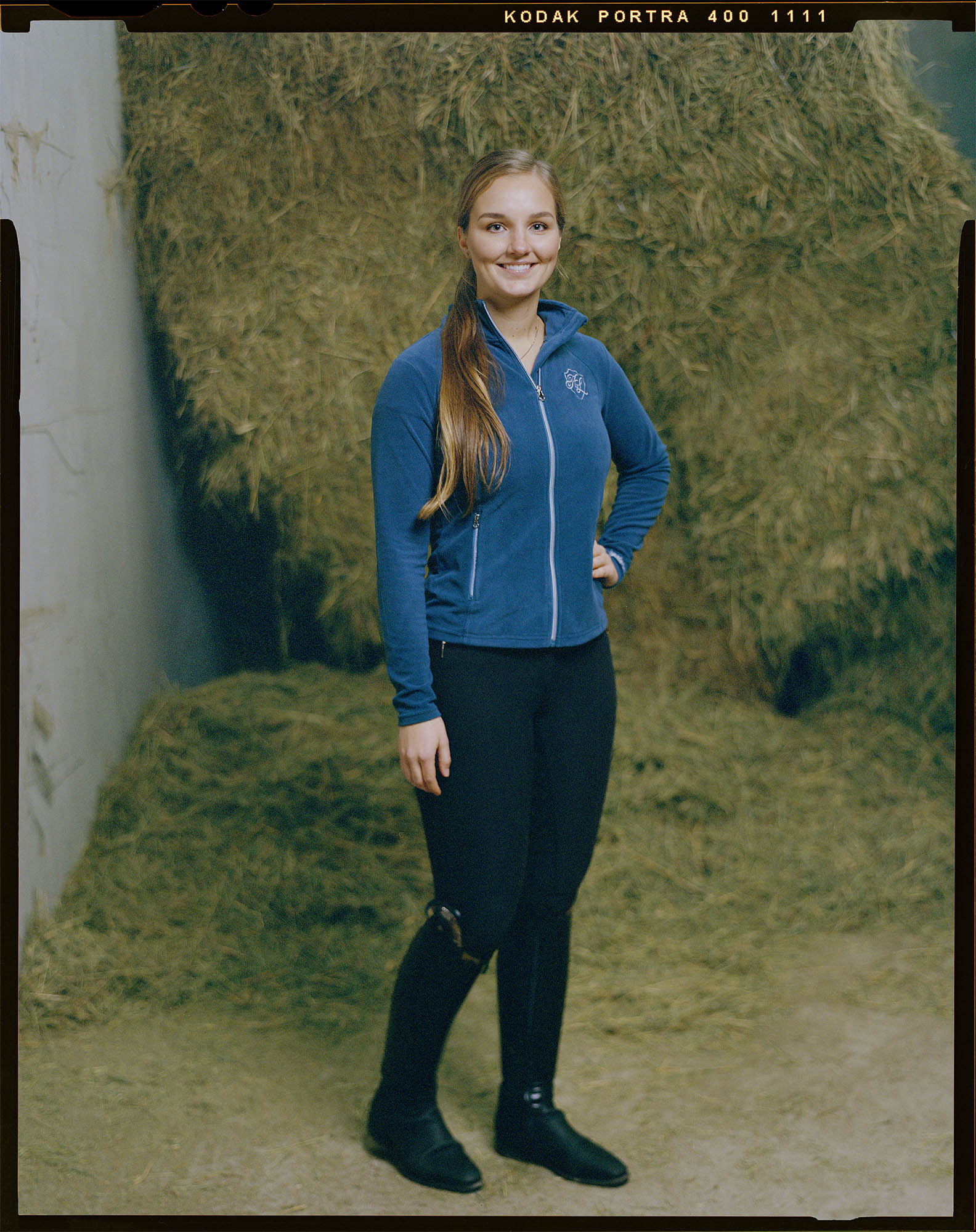 It may seem a daunting prospect especially when you have a client looking over your shoulder but in my experience, clients and ad companies respect the process and appreciate the work required when they see the contact sheets. The key to making it a success is ensure you meter correctly, a good quality light meter like the Sekonic L-308s, will ensure your exposures are perfect. In the studio I’ll tend to shoot the film at box speed as I have complete control over the lighting and so can push the shadows back with fill lights and reflectors etc. On location you’re often at the mercy of whatever daylight is on offer which this time of the year isn’t always ideal, sometimes that involves pushing your film. A recent shoot with two professional horse riders saw me push my Portra sheets to 800 ISO, something that it is more than capable of and as a result I was able to balance the exposure with flash to create an evenly lit image. 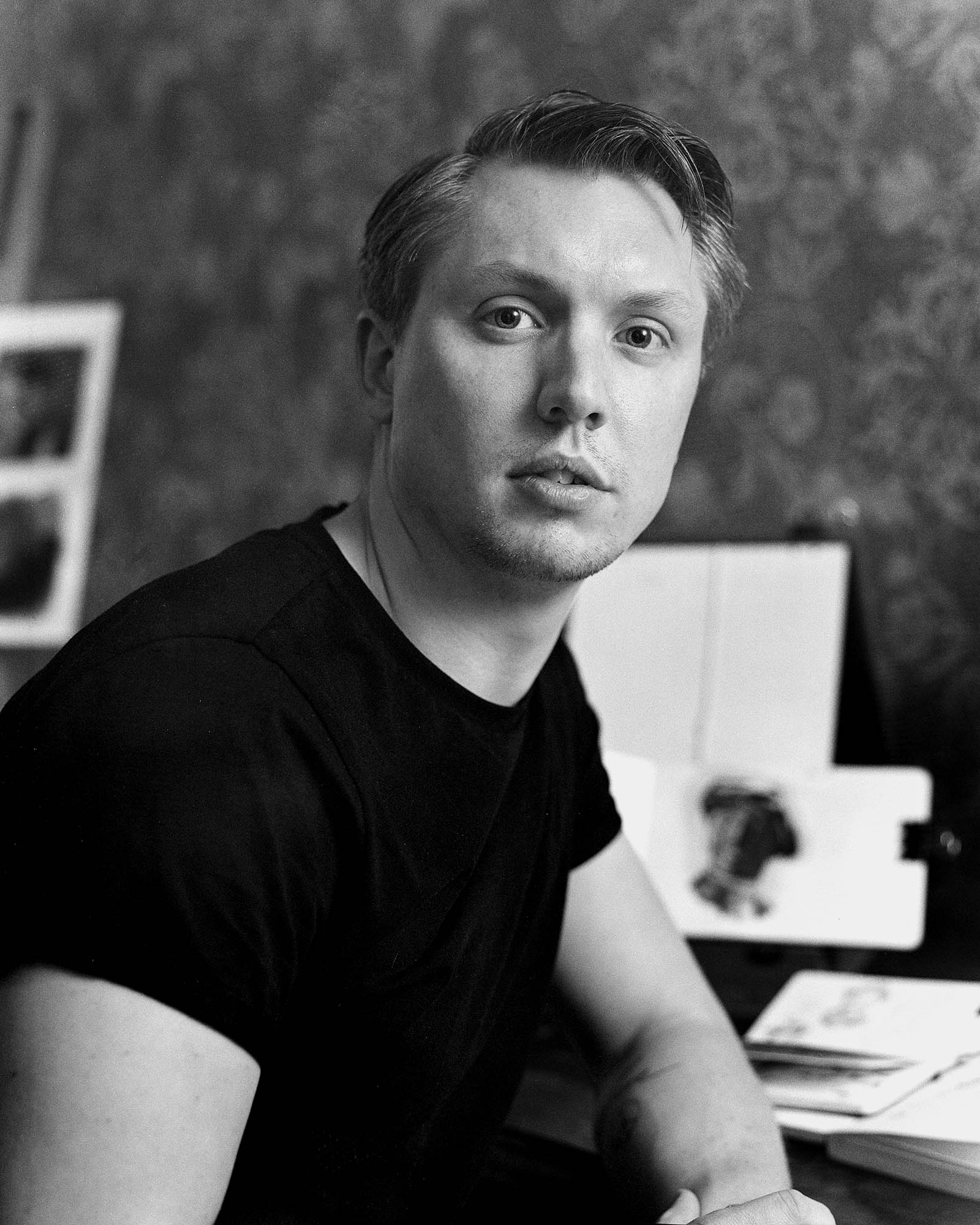 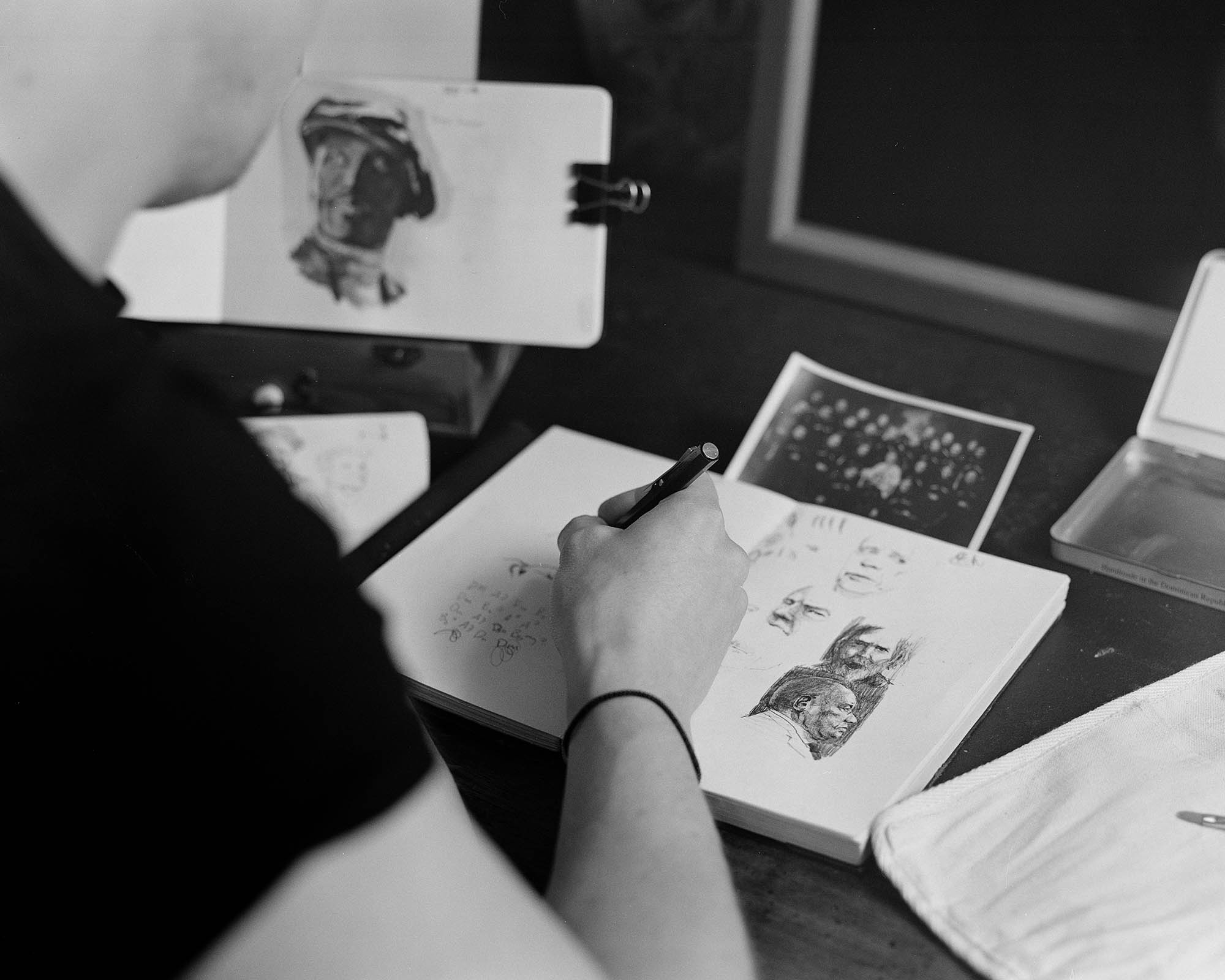 Just remember to keep any pushed sheets separate and remember to tell your lab, I keep an old film box that is clearly labelled as “Pushed Film” and then I use a piece of masking tape stuck on the front with the ISO it was shot at, then there is no confusion at the processing stage. I’m fortunate to have a good relationship with a lab in Stockholm, Team Framkallning. It’s really important to have a good relationship with a trusted lab if you’re shooting for a client, there are plenty around so find one you trust and talk to them. Communication is key, when I shoot film on a job I pre-warn my lab and then when it is dropped off they put it at the top of the pile. This enables me to have development and scanning handled within 24 hours of a shoot, quick turnover is quite important. I have a scanned contact sheet sent across which I can forward to a client ready to make final selections and scans.

Get your workflow dialled and you will have great success shooting large format on your next job! 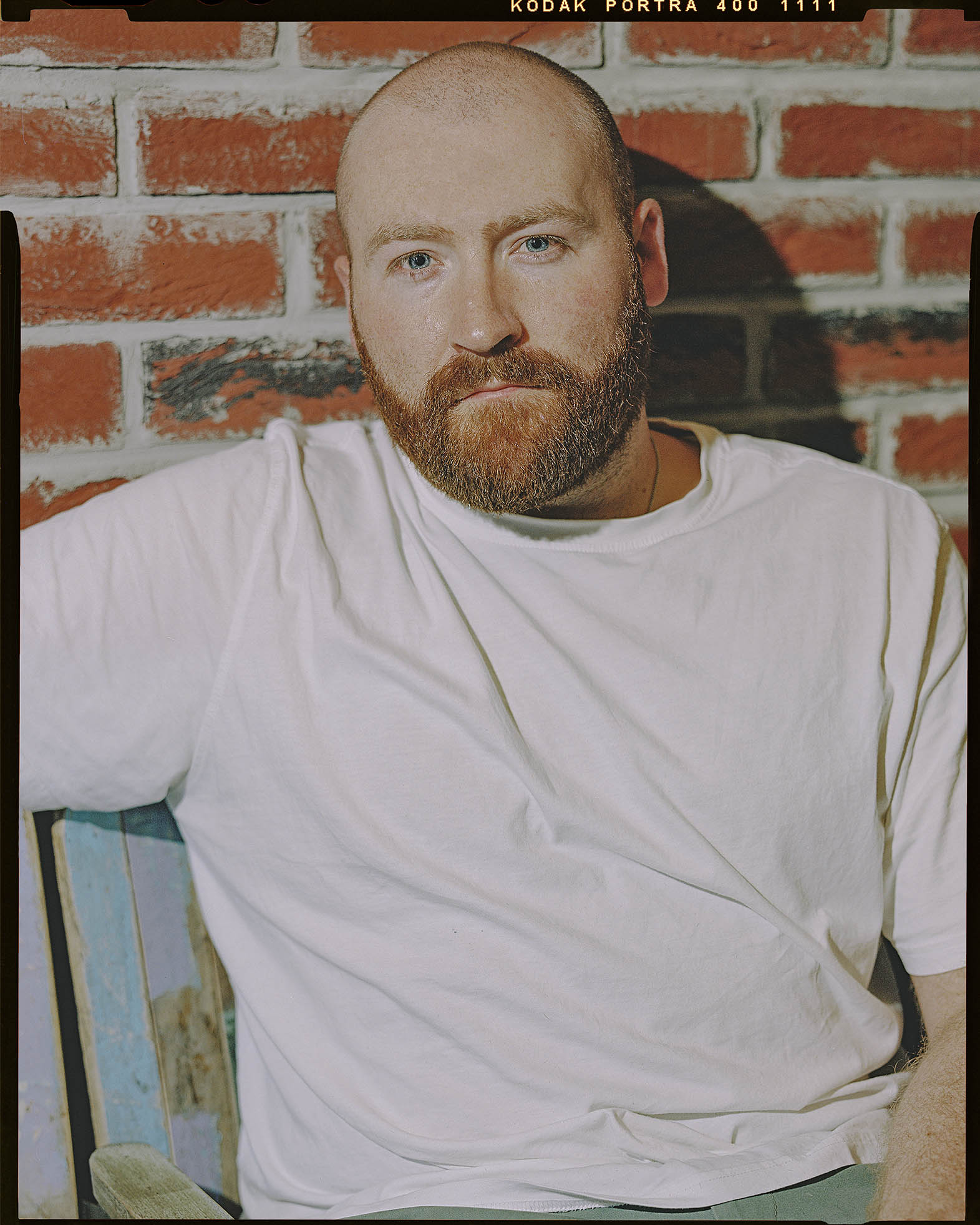 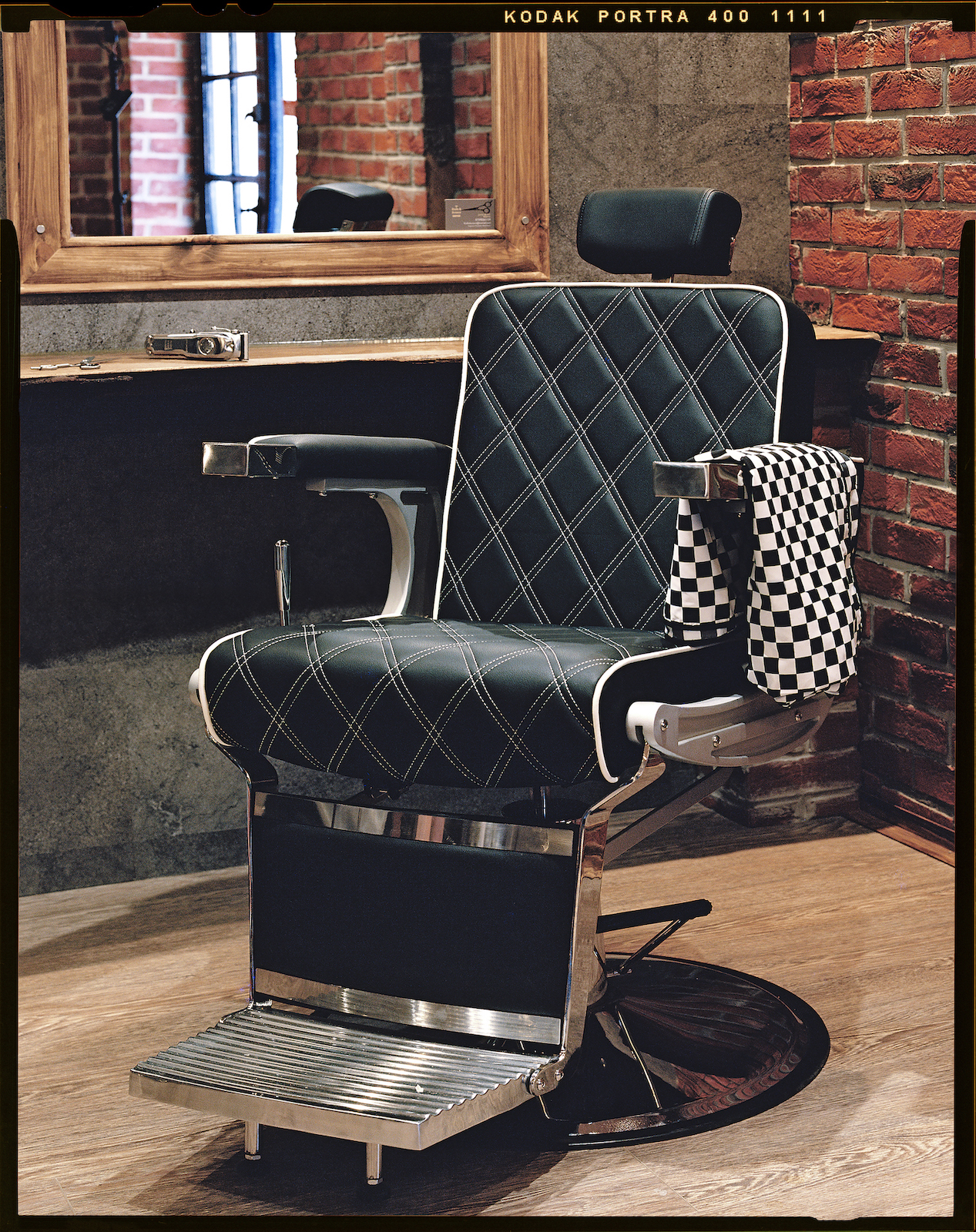